It’s that time a year again! Air Mobility Command’s airlifters have hit the skies en masse under the cover of night to fly across the U.S. and into the vast military training ranges in the American Southwest. The goal is to simulate prying open the enemy’s back door and setting up combat shop on their lawn as part of an annual drill called Joint Forcible Entry Exercise (JFEX).

Our plane tracking friends started catching the peculiar streams of Air Force cargo aircraft popping up on their flight tracking software earlier in the evening. Within a short amount of time, it was clear that a major exercise was underway and the timing is perfect for this iteration of JFEX. 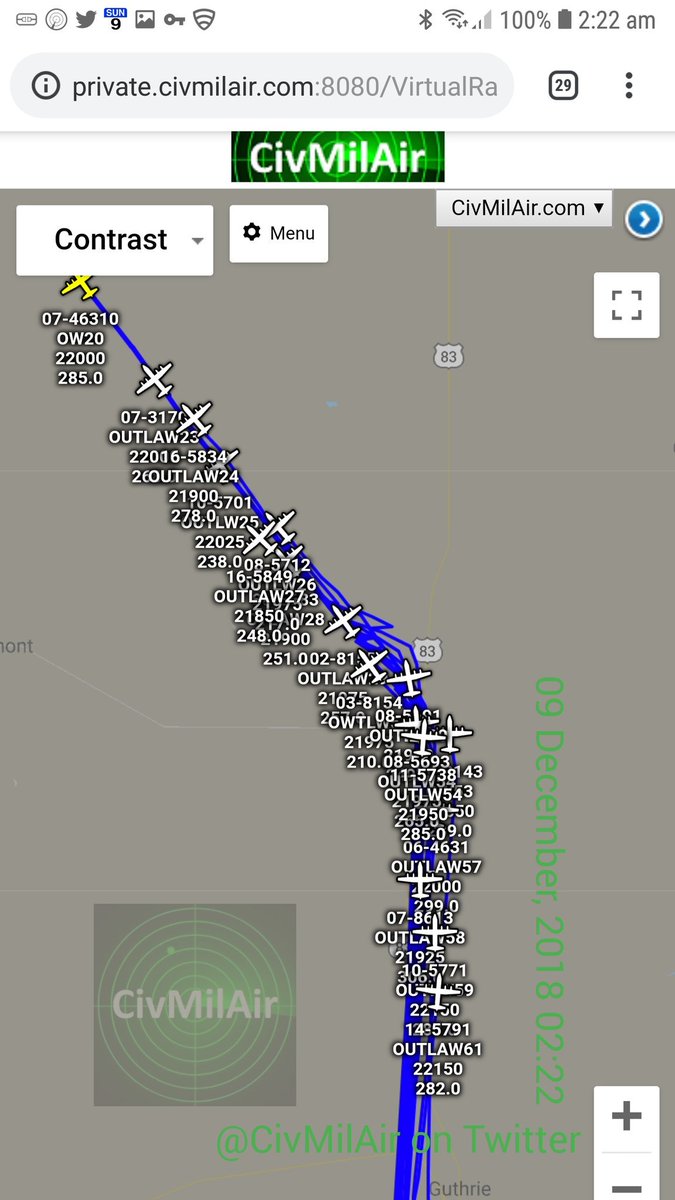 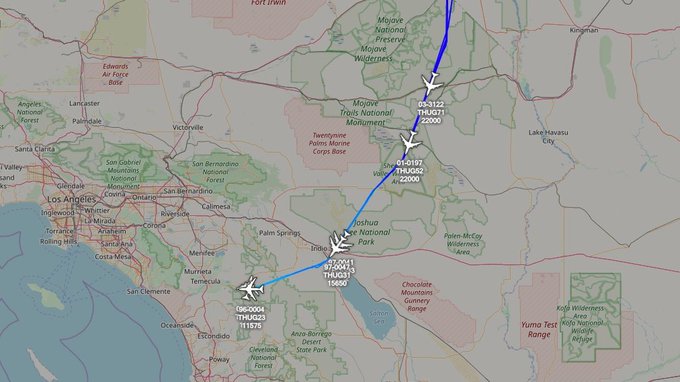 Multiple #USAF C-17As with THUG callsigns are en route to March ARB from the Nevada desert as part of JFEX (Joint Forcible Entry Exercise) 18B.

At this same time last year, social media was flooded with videos of lights filling up the night sky as strings of C-17s and C-130s crossed the U.S. on their way primarily to the Nellis Test and Training Range (NTTR) in desolate Southern Nevada. This unique large force employment exercise (LFE) is among the most complex drills the USAF executes and it combines assets of all types, including fighters, surveillance aircraft, electronic warfare platforms, and throngs of ground troops and equipment that are dropped into or dropped off in simulated enemy territory.

Here is a taste of JFEX action seen during a daylight portion of the exercise from a few years back. The C-17s are working out of Keno Airstrip in the NTTR. As you can see, it is one impressive display of airpower. Also, keep in mind that there are so many other moving parts you don’t see in the video. It is literally the tip of the operational iceberg:

Beyond being fantastic training for all involved, the exercise works as part of the capstone project for the graduating class of the U.S. Air Force’s prestigious Weapons School. The soon to be minted Weapons Instructors (also called ‘Target Arms’ in some flying communities) put all their new and old knowledge to the test to successfully orchestrate what is among the most complex aerial combat ballets on the planet. You can read all about this exercise and how it fits into the Weapon’s School’s larger aims in this past article of ours.

In addition to tonight’s mass migration of cargo haulers, the Nellis Test and Training Range has been very active over the last week or so as the Weapons School, which services all types of combat aircraft and their communities, enters into the final phase of its curriculum. The full gamut of surveillance aircraft, from RQ-4 Global Hawks to RC-135 Rivet Joints, have been tracked flying orbits around the range complex as the Weapons Instructors put their carefully evaluated war plans into motion.

JFEX has become far more relevant in recent years as the U.S. has started to come to terms with the reality that winning an expeditionary fight against a peer state competitor is an increasingly dubious challenge. Anti-access and area-denial strategies have left the services scrambling to adapt to having to fight an enemy over long distances and breaking open new avenues into their increasingly expansive and fortified domain. Being able to use the Pentagon’s potent but limited airlift capacity to rapidly open up new bases of operation and vectors of attack even at very austere and remote locales in becoming a key tenet of future combat operations. This is exactly what JFEX is all about, punching into contested territory over long distances by surprise and setting up a foothold for expanded operations.

So if you look up in the sky tonight and see a long string of blinking lights, no it’s not Santa on a dry run, it’s your U.S. Air Force practicing to make good on its own naughty or nice list.

We will keep you update as more information and photos from this iteration of JFEX emerge.

Watch More:More Military Movement Being Noticed Around The US; What Are They Preparing For?