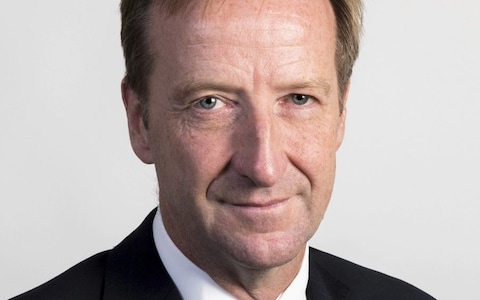 The head of MI6 will on Monday highlight the urgent need for a new era of spying in which artificial intelligence and robotics are deployed to combat rogue states hellbent on “perpetual confrontation” with the UK.

In a rare public speech – only his second in four years in the job – Alex Younger, the Chief of MI6, will say that Britain must enter an age of “fourth generation espionage” to keep the country safe.

The MI6 boss – known as “C” – will also emphasise the importance of “strengthening” Britain’s security ties with European allies ahead of Brexit, pointing out that “multiple” Islamic State-inspired attacks on the Continent have been disrupted thanks to the co-operation of intelligence agencies.

The speech to students at St Andrew’s University, where Mr Younger studied, will also warn of the danger of “adversaries” who are “willing to take advantage” of huge leaps in cyber technology to launch attacks on Britain “in ways that fall short of traditional warfare”.

Mr Younger will single out Russia for its “malign behaviour”. The Kremlin had ordered the assassination of Sergei Skripal, a former colonel in Russian military intelligence who spied for MI6, using nerve agent smeared on his front door handle in Salisbury.

The public comments will reinforce concerns at the highest level that the rules-based international order is being flouted by the likes of Vladimir Putin, Saudia Arabia’s crown prince Mohammed bin Salman and President Donald Trump.

Mr Younger will say: “The era of the fourth industrial revolution calls for a fourth generation espionage: fusing our traditional human skills with accelerated innovation, new partnerships and a mindset that mobilises diversity and empowers the young.”

The fourth industrial revolution, that follows the digital revolution of the internet age, is expected to see huge breakthroughs in the widespread use of artificial intelligence, robotics, nanotechnology and quantum computing.

Mr Younger will say the combined response to the Salisbury attack in March had “exposed the perpetrators” and led to dismantling of Russian spy networks in a host of countries through the expulsion of diplomats. Mr Younger will “urge Russia or any other state intent on subverting our way of life not to underestimate our determination and our capabilities, or those of our allies”.

MI6 will also need to recruit a new generation of younger spies, from diverse backgrounds, going forward. Aimed at students, he will say: “I want to speak to young people who have never seen themselves in MI6… it doesn’t matter where you are from. If you want to make a difference and you think you might have what it takes, then the chances are that you do have what it takes, and we hope you will step forward”.