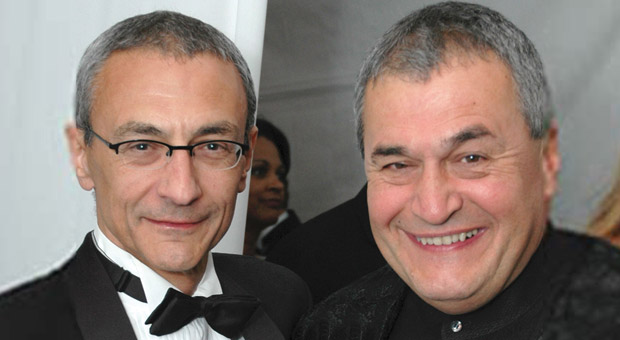 A new report has revealed that federal prosecutors at the Department of Justice are turning up the heat on the investigation into Clinton-linked Tony Podesta and his lobbying group, and former Obama White House Counsel Greg Craig. 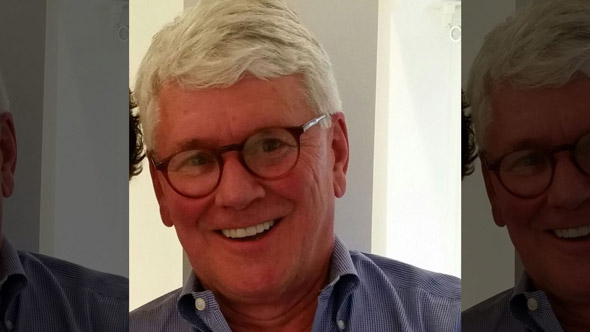 The investigation was referred to the Justice Department by Special Counsel Robert Mueller earlier this year to probe possible criminal activity by Washington insider Podesta and lawyer Craig. According to the report, that underscores federal authorities’ increasing enforcement of laws governing foreign business relationships, the probe into the two men is ramping up. The inquiries not only focus on Craig and Podesta — a Democratic lobbyist, brother of John Podesta and co-founder of the onetime lobbying powerhouse known as the Podesta Group — but also on Vin Weber, a former GOP congressman from Minnesota.
The apparent ramp-up comes as multiple reports and indications suggest that the Mueller probe into possible collusion in 2016 between the Russian government and President Trump’s campaign is winding down. The New York work highlights the broad effects of Mueller’s investigation, extending well beyond that collusion question.
Mueller has made clear he will not turn away if he discovers alleged crimes outside the scope of his inquiry; instead, he refers them out in investigations that may linger on even after the special counsel’s work concludes. Other Justice Department referrals from Mueller have ended in guilty pleas, including the hush money payment case of Trump’s former lawyer Michael Cohen. The investigation reflects how Mueller, in latching onto an obscure law, has shined a light on high-dollar lobbying practices that have helped foreign governments find powerful allies and advocates in Washington. It’s a practice that has spanned both parties and enriched countless former government officials, who have leveraged their connections to influence American politics. In New York, Mueller’s referral prompted a fresh look at the lobbying firms of Podesta and Weber, who have faced scrutiny for their decisions not to register as foreign agents for Ukrainian lobbying work directed by ex-Trump campaign chairman Paul Manafort. Fox News first reported, and court filings later confirmed, that Podesta was offered “use immunity” by Mueller this summer to testify in the Washington, D.C., trial of Manafort that was planned at the time — separate from the Virginia case in which he was convicted on bank and fraud charges. Prosecutors typically offer witnesses immunity to legally prevent them from asserting their Fifth Amendment right against self-incrimination to avoid testifying.

According to Fox News, the probes had been quiet for months since Mueller referred them to authorities in New York City because they fell outside his mandate of determining whether the Trump campaign coordinated with Russia. But in a flurry of new activity, Justice Department prosecutors in the last several weeks have begun interviewing witnesses and contacting lawyers to schedule additional questioning related to the Podesta Group and Mercury Public Affairs, people familiar with the inquiry anonymously told the Associated Press.

“Use immunity” means prosecutors agreed not to use any statements Podesta would make on the witness stand against him in court. “Use immunity” is not as expansive as “transactional immunity” — which would have protected Podesta more broadly from being prosecuted on the subject matter of his testimony, even if prosecutors could independently confirm relevant details and didn’t need to use his statements on the stand. Manafort averted the D.C. trial by pleading guilty to two federal counts in September and agreeing to cooperate with the Mueller probe, meaning Podesta did not have to testify at all. That development seemingly rendered the immunity deal moot as to any potential future prosecutorial action involving Podesta.

Mueller’s team has since said Manafort violated that agreement, and the Special Counsel’s office is set to file a sentencing memorandum in Manafort’s case on Friday that is expected to include prosecutors’ recommended sentence for him. Podesta is a longtime Democratic operative whose brother, John Podesta, ran Hillary Clinton’s 2016 presidential campaign; Weber is a former Republican congressman from Minnesota. Neither man has been charged with any crimes. Their firms have defended the decisions by saying they relied on the advice of outside attorneys. Mueller’s referral also involved Craig, a former White House counsel for President Barack Obama. Craig supervised a report authored on behalf of the Ukrainian government, and Mueller’s team has said Manafort helped Ukraine hide that it paid more than $4 million for the work. CNN reported in September that prosecutors were weighing charges against Craig.

Mercury spokesman Michael McKeon said the firm has “always welcomed any inquiry since we acted appropriately at every step of the process, including hiring a top lawyer in Washington and following his advice. We’ll continue to cooperate as we have previously.” Foreign lobbying work was central to Mueller’s case against Manafort and his longtime associate Rick Gates, two high-profile Trump campaign officials who pleaded guilty earlier this year and have been interviewed extensively by prosecutors.
The Podestas have been frequent targets of Trump and his associates, who have repeatedly demanded to know why Tony Podesta has not been arrested and charged. Trump confidant Roger Stone, for instance, has insisted a 2016 tweet of his that appeared to presage the release by WikiLeaks of John Podesta’s emails — “Trust me, it will soon the Podesta’s time in the barrel” — was instead a reference to the brothers’ foreign connections getting them into the hot seat. tony podesta s firm is facing scrutiny from the robert mueller probe 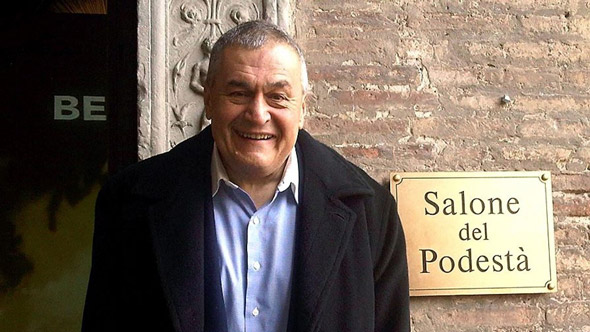 Stone’s legal team announced in a letter Tuesday that Stone would assert his Fifth Amendment right not to testify or provide documents to a Senate committee investigating potential collusion between the president’s team and Russia. “Mr. Stone’s invocation of his Fifth Amendment privilege must be understood by all to be the assertion of a Constitutional right by an innocent citizen who denounces secrecy,” Stone’s attorney, Grant Smith, said in the statement. He also called the Senate Judiciary Committee’s requests a “fishing expedition” that is “far too overboard, far too overreaching, far too wide-ranging.”
In September, Manafort admitted to directing Mercury and the Podesta Group to lobby in the U.S. on behalf of a Ukrainian political party and Ukraine’s government, then led by President Viktor Yanukovych, Manafort’s longtime political patron. While doing the lobbying, neither the Podesta Group nor Mercury registered as foreign agents under a U.S. law known as the Foreign Agents Registration Act, or FARA, which requires lobbyists to declare publicly if they represent foreign leaders, governments or their political parties. The Justice Department has rarely prosecuted such cases, which carry up to five years in prison, but has taken a more aggressive tack lately. To secretly fund the lobbying and to avoid registration with the Justice Department, Manafort said he along with unidentified “others” arranged for the firms to be hired by a Brussels-based nonprofit, the European Centre for a Modern Ukraine, rather than the Ukrainian political interests directly. Mercury and Podesta, which were paid a combined $2 million on the project, then registered under a less stringent lobbying law that doesn’t require as much public disclosure as FARA. Both firms have said they registered under the Lobbying Disclosure Act, rather than FARA, on the advice of lawyers at Skadden, Arps, Slate, Meagher & Flom, Craig’s former firm.