The whereabouts of Chinese scientist He Jiankui, who claims to have created the world’s first gene-edited babies, remain unknown amid rumours that he has been arrested.

Reports claimed He was placed under effective house arrest in Shenzhen after making an appearance at the Second International Summit on Human Genome Editing in Hong Kong last Wednesday.

However, claims of He’s detention were dismissed by his former-employer, Southern University of Science and Technology, according to South China Morning Post. The university declined to elaborate further. 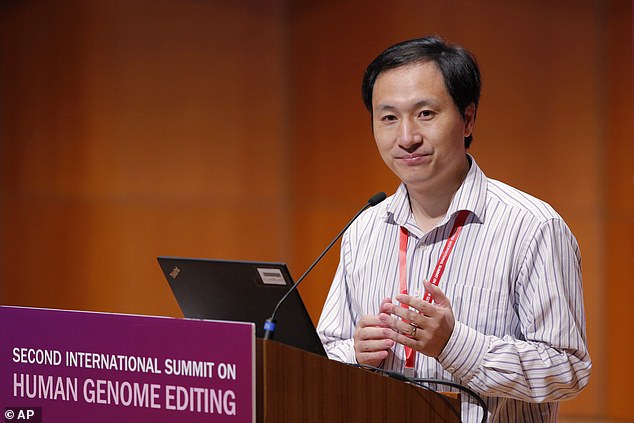 Chinese scientist He Jianjui speaks at the Second International Summit on Human Genome Editing at the University of Hong Kong on Wednesday. His whereabouts remain unknown after the summit, according to media reports 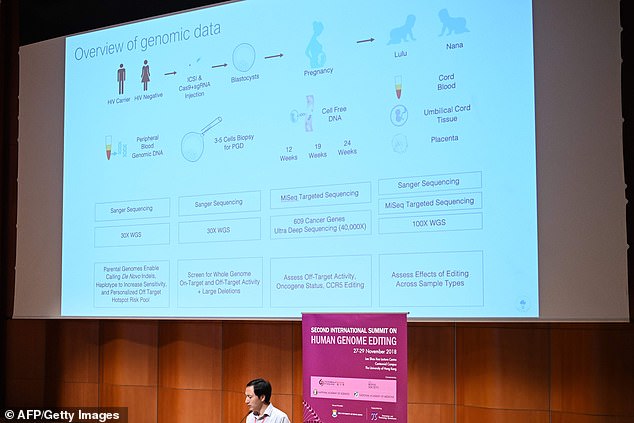 The scientist sparked global controversy last week when he announced in a YouTube video that he had successfully used a gene-editing tool to modify the DNA of two embryos.

Apple Daily on Sunday reported that the scientist had been brought back to Shenzhen by the university’s president, Chen Shiyi. The two also had a six-hour meeting on He’s controversial research.

Chen is currently under house arrest on campus, the report said, adding that there were security personnel standing guard on university grounds.

When asked about He’s reported arrest, a spokeswoman for the Shenzhen-based university told South China Morning Post: ‘Right now nobody’s information is accurate, only the official channels are.’ 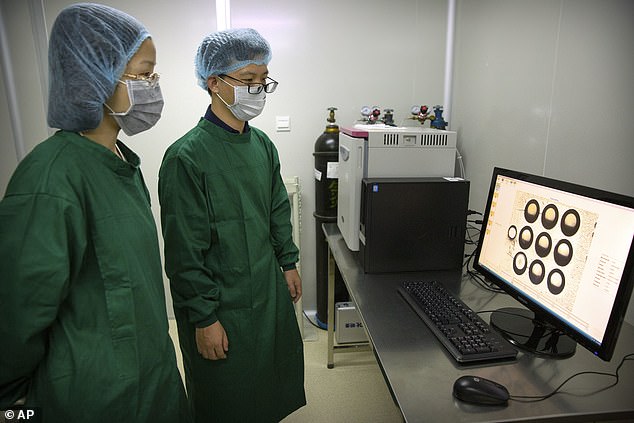 Zhou Xiaoqin, left, and Qin Jinzhou, an embryologist who were part of the team working with scientist He Jiankui, view a time lapse image of embryos on a computer screen at a lab in Shenzhen in south China’s Guangdong province

But she declined to elaborate on this matter, saying: ‘We cannot answer any questions regarding the matter right now, but if we have any information, we will update it through our official channels.’

The scientist gave his first public remarks on the DNA manipulation at the Hong Kong conference, saying that he modified the genetic material of twin girls to make them resistant to infection with the AIDS virus.

He’s controversial work, which earned him the nickname of ‘Chinese Frankenstein’, was condemned by the medical community and Chinese health officials, who said they know nothing of the experiment.

He is also facing an investigation from the Ministry of Science and Technology, which has ordered him to stop any research.

He Jiankui speaks during an interview at a laboratory in Shenzhen in southern China’s Guangdong province. The Chinese scientist claimed last week to have helped make the world’s first genetically edited babies, sparking a global outrcry