A bronze ring discovered in an excavation in Israel 50 years ago has been identified as having belonged to the Roman governor of Jerusalem, Pontius Pilate, who according to the New Testament ordered the crucifixion of Jesus.

Research into the ancient bronze ring was led by Professors Shua Amurai-Stark and Malcha Hershkovitz and their findings were published in the new issue of the  Israel Exploration Journal . The Israeli daily newspaper  Ha’aretz reported that the ring had been unearthed “at the Herodion excavation near Bethlehem during a dig led by Professor Gideon Forster from the Hebrew University of Jerusalem 50 years ago.” 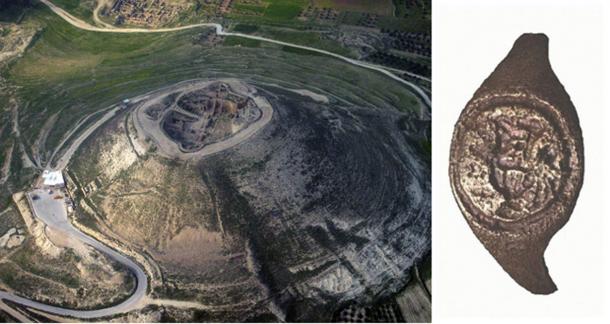 The name was deciphered after the ring was handed over, with thousands of other artifacts, to the team of archaeologists, currently working on the historical site. Using “a special camera at the Israel Antiquities Authority labs” the letters on the ring were found to be Greek, saying “Pilatus.” Professor Danny Schwartz of Hebrew University told Ha’aretz that Pilatus was “a rare name in Israel” and added “I don’t know of any other Pilatus from the period and the ring shows he was a person of stature and wealth.” The ring is known as “a sealing ring” and was used to ‘seal’ letters and to mark official correspondence with one’s personal molten wax insignia. 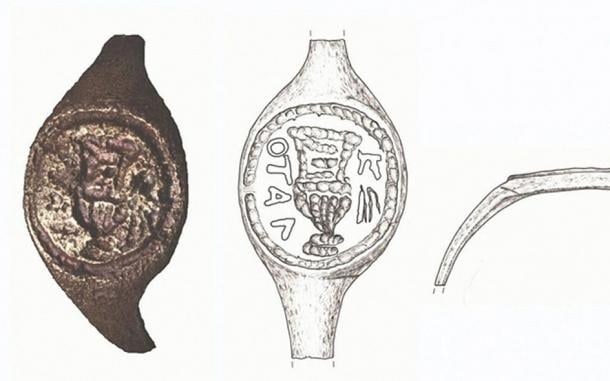 Hallmark of the cavalry

Adding weight to the possibility that this ring belonged to the Pontius Pilate of the New Testament , who was the Roman governor of Jerusalem between the years 26 to 36 and allegedly ran Jesus’ trial, is the fact that these types of rings were a “hallmark” of the cavalry in the Roman era, to which Pilate belonged. Ha’aretz reported, “Researchers believe it was used by the governor in day to day work, or belonged to one of his officials or someone in his court, who would use it to sign in his name.” 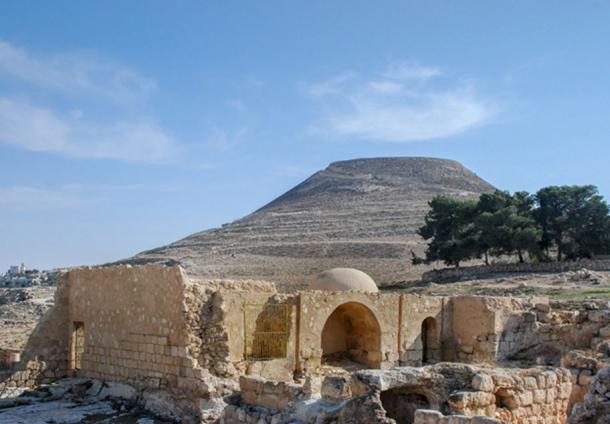 The ruins of Herodion or Heroduim, the fortress of King Herod where the ring was found. ( vadiml / Adobe)

Pilate is a well-known historic powerful ruler and the historian Josephus recorded that he imported “iconic medallions” bearing the imperial bust of Caesar into Jerusalem, against Jewish law, but Pilate threatened protesters with mass slaughter, according to Ha’aretz. Another example of Pilate breaking traditions, according to Josephus, is when he used treasures from the holy temple to pay for renovations of the water system Herod had built in Jerusalem. 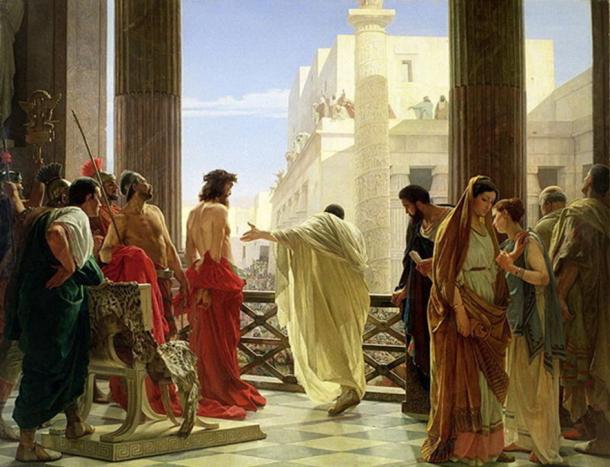 An article in World Israeli News informs that “this is not the first artifact discovered from this particular site that had been inscribed with the word ‘Pilatus.’ In the 1960s, Professor Gideon Forester Forster of the Hebrew University of Jerusalem “unearthed a stone decorated with the name.”

While it is most likely that Pilate was a Roman citizen, born in central Italy, there is a tradition in Scotland that Pilate was born in Fortingall, a small village in the Perthshire Highlands, a claim shared by Forchheim in Germany and Tarragona in Spain. An article on History Today , says “In the Gospel of Matthew, Pilate’s wife [Procla] warns her husband not to harm Jesus and for this she achieved sainthood among Orthodox Christians.” In the 6th century, the Ethiopian Orthodox Tewahedo Church recognized Pilate as a saint and St Pilate’s Day is the 25th of June , a holy day shared with his wife and the saints Jude, Peter and Paul.

Professor Kevin Butcher of the Department of Classics and Ancient History at the University of Warwick, and the author of  The Further Adventures of Pontius Pilate , pointed out that people familiar with western Biblical traditions are often surprised at the thought of Pontius Pilate having been canonized, and may think this ‘holy’ accolade is ‘wholly’ tasteless; he was the man who famously cross-examined and crucified Jesus after all. “His dilemma,” according to Professor Butcher, “was to do either the ‘right’ thing or the ‘popular’ thing, which is every ruler’s quandary.”

Maybe that is why so many people sympathize with Pilate: because we ‘all’ too have faced difficult choices and have made decisions that other people have judged to wrong.

Read More:Archaeologists Claim To Have Found The Biblical City Of Sodom (And Gomorrah)

Read More:Archaeological Evidence And Biblical Accuracy: Nails Of Crucifixion, Spear Of Destiny & So Much More