Almost 2,000 years after falling out of use, a Cambridge University linguistics specialist, Dr. Martin Worthington has learned how to speak ancient Babylonian and is not only campaigning to revive it as a spoken communication form, but has made a film in the ancient language.

The main funders of the film directed by Dr. Worthington, a fellow of St John’s College, were the Philological Society and the Thriplow Charitable Trust, Cambridge University, and several Cambridge Colleges, enabling students to produce the world’s first film in ancient Babylonian. According to an article in The Telegraph, the student actors “dramatized a folk tale from a clay tablet from 701 BC entitled ‘The Poor Man of Nippur.’”

The ancient story recounts the tale of a goat herder who beats up a city mayor “three times” in revenge for the mayor killing his goat.

For two decades, Dr. Worthington has studied the ancient Middle Eastern language that was once used “by Babylonian kings in Mesopotamia,  Egyptian pharaohs  and Near East potentates” according to The Telegraph. 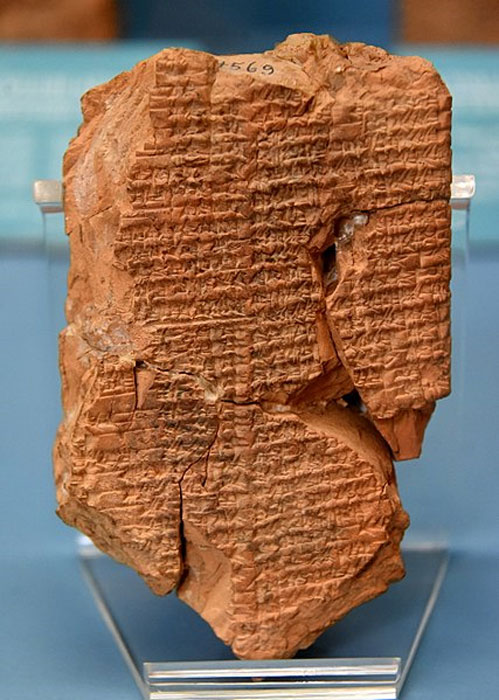 A Daily Mail article details how scientists “created a unique archive of recordings from different readers of stories and scripts from Babylon and set up an  annual conference for sixth-former s interested in studying ancient Mesopotamia and Egypt.” Dr. Worthington’s recorded readings of Babylonian poems and myths in the original tongue are available online at: https://www.soas.ac.uk/baplar/recordings/

And where many academics and filmmakers are often driven by ego, seeking acknowledgement and accreditation, Dr. Worthington’s goals are exemplary in that he pioneered spoken Babylonian because he believes “it enables students to enjoy the magic of authenticity and connect through words to a world that is lost and far away.” And you cannot but respect that attitude, for it is in finding innovative teaching methods and bringing otherwise gray curriculum alive that defines greatness in the field of education. 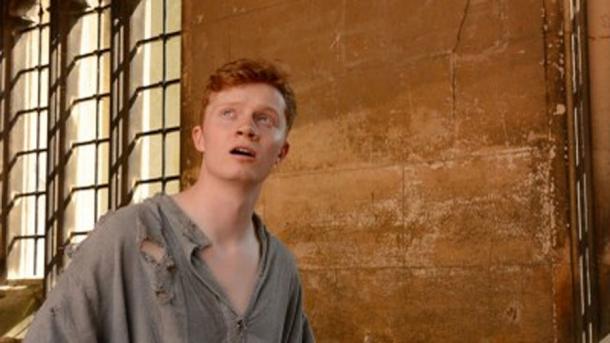 George Heath-Whyte as Gimil-Ninurta in The Poor Man of Nippur. ( Department of Archaeology, University of Cambridge)

The Challenge of Resurrecting an Ancient Language

Because nobody has ever attempted to speak Babylonian, which was spoken by the ancient peoples who ruled in modern-day Iraq, Dr. Worthington had no reference to gauge the accuracy of his vocalizations. An article on Heritage Key discusses the challenges of knowing ‘how’ “Babylonian, or any dead language, sounded.” And explains that accuracy relies on “a variety of strategies and techniques.” Sometimes researchers use Babylonian and Assyrian words transcribed into alphabets other than cuneiform, but often “the sound is forensically deduced through the careful study of letter combinations and spelling patterns, using the original Cuneiform texts .” 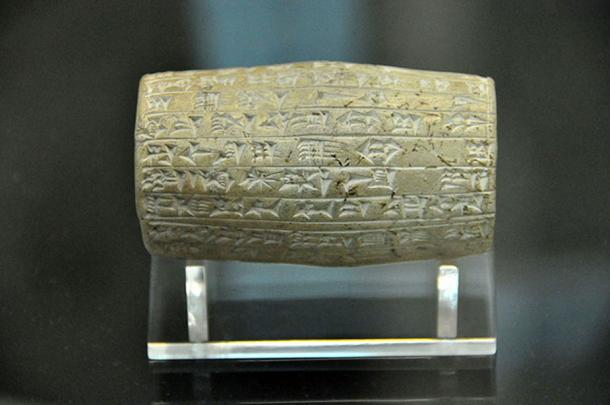 This small terracotta cylinder records the work on the walls of the city of Babylon by the king Nabopolassar. From Babylon, Mesopotamia, Iraq. Neo-Babylonian period, 625-605 BC. The British Museum, London. (Osama Shukir Muhammed Amin FRCP(Glasg)/ CC BY SA 4.0 )

“It’s essentially detective work,” Dr. Worthington said. “We will never know for sure that a Babylonian would have approved of our attempts at pronunciation, but by looking at the original sources closely, we can make a pretty good guess.” He told reporters at The Telegraph that since 2000 he studied “ Letters from spies, treaties between states, diplomatic correspondence, incantations and medical prescriptions.” Students attempting to learn the language on his Assyriology university course are told “the structures are extremely regular,” and he said , “most learners find that at some point, often about seven months in, they suddenly “get” it: the structures click into place.”

Dr. Worthington directed the film, which was co-produced with Kathryn Stevens of Durham University, and had its international premiere at St John’s College on Nov.27. The film, which is now available on YouTube, was opened by the world’s oldest Assyriologist, James Kinnier Wilson, aged 97, who taught at Cambridge University for 34 years.

The film’s plot was based on an ancient relief from the British Museum “of two murderous dagger-wielding cat demons to depict the three beatings of the mayor by the poor man of Nippur.” Dr. Worthington said , “they did not want to have students acting out the fight in the film so used the relief with the sounds behind it.” And attempting to find the kernel of truth within the ancient story, according to Dr. Worthington , “it could be read as an allegory of how “middle management” might be out to get you, but that there was a superior being who was good and would look after you, as the King does in the tale by providing the poor man with a chariot.” 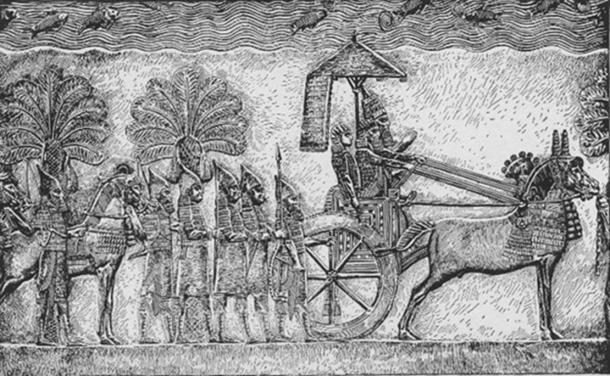 Sennacherib in his chariot during his Babylonian war, relief from his palace in Nineveh. ( Public Domain )

Top Image: Relief image on the Tablet of Shamash, British Library room 55. Found in Sippar (Tell Abu Habbah), in Ancient Babylonia; it dates from the 9th century BC and shows the sun god Shamash on the throne, in front of the Babylonian king Nabu-apla-iddina (888-855 BC) between two interceding deities. The Babylonian language text tells how the king made a new cultic statue for the god and gave privileges to his temple. Source: Prioryman/ CC BY SA 4.0

Watch More:Genesis Six: Transgressions Of The Fallen And The Continuation Of The Tower Of Babel

Read More:Lending Credence To Ancient Sumerian Tales, Scientists Conclude Mars’ Moons May Have Been Formed When It Was Hit By A Pluto-Sized Object