Archaeologists in Bolivia have announced the rare discovery of two ancient mass burial tombs containing not only human remains dating to 500 years, but over 100 bundles of indigenous artifacts and religious relics.

Three months ago Bolivia’s Ministry of Cultures and Tourism authorized the archaeological dig “after a mining project discovered archaeological remains” about 30 kilometers (18.6 miles) southwest of Bolivia’s capital La Paz,” according to a Reuters report about the discovery.

Having located the tombs, scientists had to lower themselves through a tiny “circular chimney just 70 cm (27.5 inches) in diameter and 3 meters (9 feet) deep.” Archaeologist Wanderson Esquerdo told reporters, “Inside the cemetery we found two special tombs,” but one had been ransacked by looters. The second tomb, fortunately, had “remained intact” and was “found to contain about 108 individuals inside.”

In addition to human remains the largest tomb contained “metal objects as well as ceramic and wooden dishes” which the archaeologists say are “clearly attributed to the Inca culture, and others that are not Inca, but rather Aymara.” According to Wilma Alanoca, Bolivia’s Minister of Culture and Tourism, “The discovery is unique and unprecedented” because it reveals data about the indigenous Aymara kingdom of Pacajes people that “flourished in the Bolivian highlands until it was conquered by the Incan empire in the mid-15th century.” 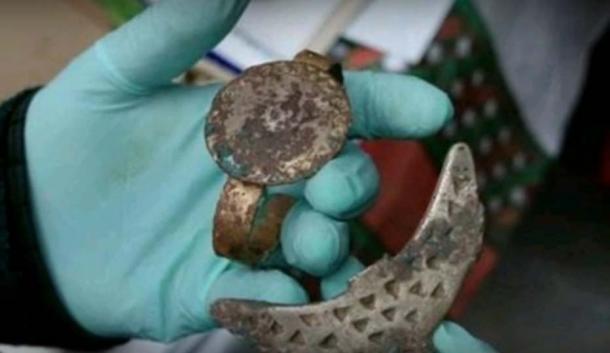 From the kingdom of Aymara

According to some estimates, the Aymara people’s origins go back at least 5,000 years, but their origin is a matter of scientific dispute. While it was traditionally thought that the Pacajes people were taken over by the Inca, some archaeologists believe the Pacajes people fell “victim to some type of epidemic” and in a report in The Independent Julio Condori, an archaeologist who runs the Archaeological and Anthropological Research Centre in Tiwanacu, said:

“This finding reaffirms our identity and culture and shows that not only was there an influence from the Incas, but from other people as well.”

Jedu Sagarnaga, professor of archaeology at Universidad Mayor de San Andres, who led the investigation, said that in addition to the bones“the burial site held more than 150 decorative bronze objects including necklaces, bracelets, ornaments for women’s hair, large brooches, and two horseshoe-shaped headbands used by nobles.” “These were personal favorites of the deceased, whereas the vessels were more for the community,” he said. What is special at this site is that artifacts from common people were found with those of the elites. 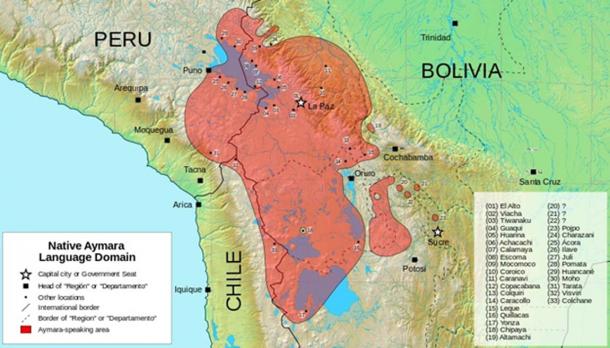 Concern was raised among the archaeological team last June when scientists at the site noticed “microorganisms wreaked havoc on the bodies’ soft tissue, quickly decomposing the remains. Excessive humidity and high salinity inside the chamber also deteriorated many of the buried objects.” According to the dig team, “the remains were taken to an archaeological center for further study and preservation, and will eventually be returned to a museum in Viacha.”

The battle against microbial deterioration is a wide spread problem in the archaeological community and according to paper published on The US National Library of Medicine “Microorganisms (bacteria, archaea and fungi), in addition to lichens and insect pests, cause problems in the conservation of cultural heritage because of their biodeteriorative potential.” The variety, scale and intensity of biodeterioration phenomena on ancient artifacts is determined by “the climate, exposure of the object.” 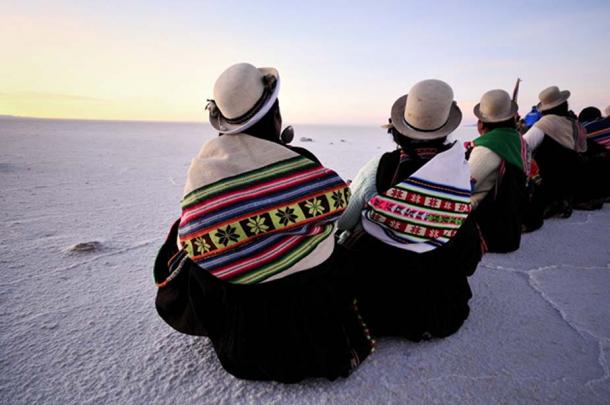 These new grave finds will help archaeologists in Bolivia build a more complete picture of the Aymaras, who are known to have grown and chewed coca plants and used its leaves in traditional medicines and in ritual offerings to their father god  Inti (the Sun) and to their mother goddess Pachamama (the Earth). Over the last century conflict has ensued between Aymaras and state authorities over the growth of coca during their wars against drug traffickers; the latter aiming to eradicate cocaine production, but in doing so, they are also wiping out an ancient symbol of Aymaras cultural identity.