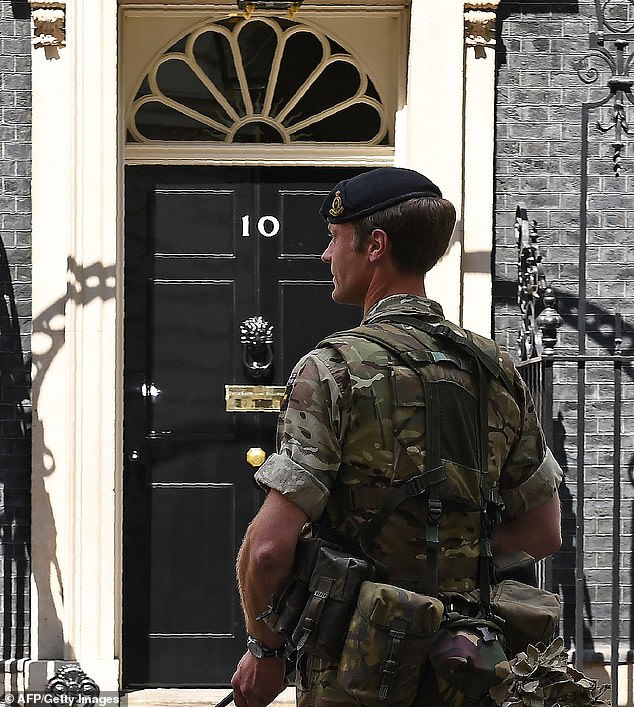 The army has been drawing up secret plans to put troops on the streets to help with potential chaos in the wake of a no-deal Brexit.

Plans have been drawn up by the military for Operation Temperer, who usually help police on the streets in the threat of terrorism, in the event of a no-Brexit scenario.

Contingency plans involve how the military could help keep public order amid such as the delivery and stockpiling of medicines to hospitals across the country, according to The Times.

Plans have been drawn up by the military for Operation Temperer, who usually help police on the streets in the threat of terrorism, in the event of a no-Brexit scenario

The army has around 1,200 troops on 24-hour standby which can deal with a range of operations and contingencies.

And a further 10,000 military personnel are available to assist with an emergency at short notice. 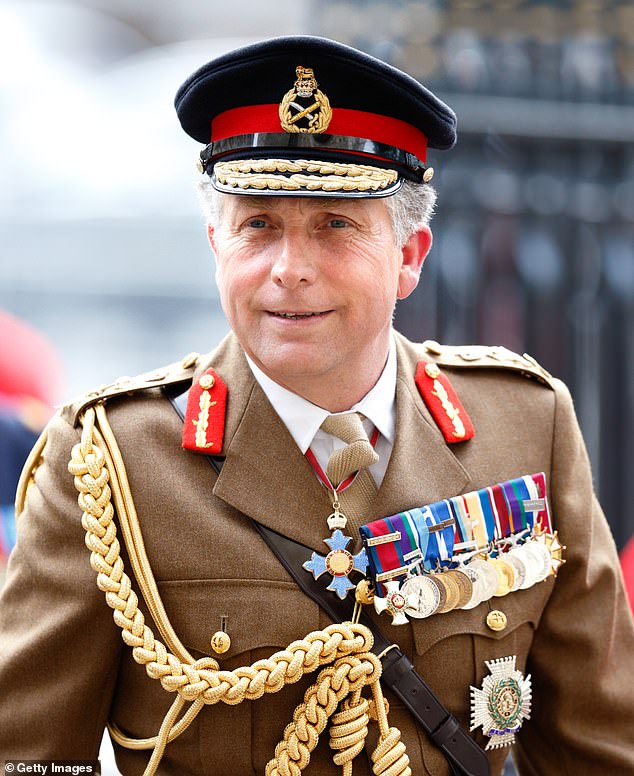 ‘At this stage I think people are confident there will be a deal, If there’s not one, we stand ready to help in any way we can.

When asked about the stockpiling of medicines, Sir Nick Carter said: ‘We’re involved in thinking hard about what it might involve. We’ve not been asked to do anything specifically at this stage.’

The team of around 20 officers, based in the army’s headquarters in Andover, Hampshire, are also drawing up plans to create a lorry park in in Folkestone near an army training centre to ease traffic in Kent, according to an army source. 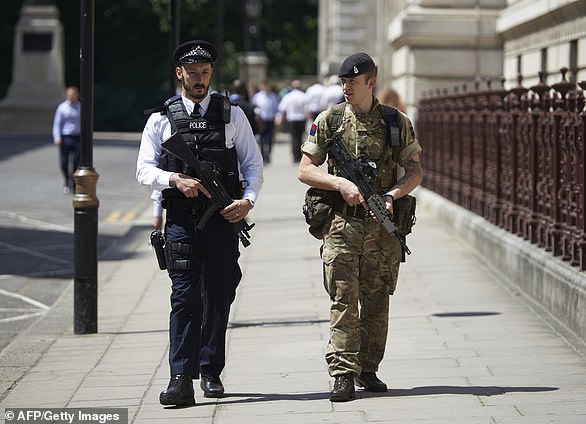 Operation Temperer was the codename for the plan to put 5,000 troops on the streets following major terrorist threats.

It was devised in 2015 and was kept secret until it was uncovered by Mail on Sunday.

Whitehall officials had kept it under wraps because it contained such sensitive information.

Theresa May, who made the decision, makes her the first Prime Minister to use a new plan for a show of force in the face of major terrorist threats.

Mrs May said it would be the decision of police chiefs to decide where to deploy the military, though they are most likely to be used to guard top tourist attractions, airports and railway stations and sporting venues.

David Cameron had opposed controversial power because he didn’t want the UK to appear like it had lost control and was imposing martial law.

Read More:EU Army On The Horizon

Read More:Germany Quietly Draws Up Plans For An EU Army

Read More:Brexit, Bible Prophecy And The Revival Of The Roman Empire