Two senior law enforcement officials say a suspicious package was found at the Chappaqua home of Hillary and Bill Clinton Wednesday, and the concern is that the package is similar to the bomb found in the mailbox of billionaire philanthropist George Soros’ home in the same county days earlier.

The incident comes two days after a bomb was planted in the mailbox at Soros’ Bedford home. No one was hurt in that case. It’s not clear if the cases, both in Westchester County, could be related. Chappaqua and Bedford are about 10 miles apart.

In Soros’ case, an employee noticed the package, put it in a wooded area and called police, who alerted the FBI and the Bureau of Alcohol, Firearms and Explosives. A law enforcement source told NBC 4 New York that the device contained explosive powder; it was detonated as a precaution. 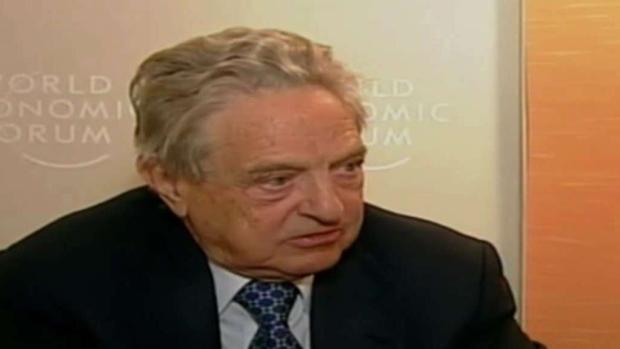 Authorities say they responded to an address at the home of philanthropist George Soros after an object that appeared to be an explosive was found in a mailbox. Katherine Creag reports.

Investigators are reviewing surveillance video to determine whether the package was sent via mail or otherwise delivered.

The FBI is working with police to figure out who sent the device, which a senior law enforcement official said was similar to a pipe bomb. A law enforcement source says evidence was sent to the FBI lab in Quantico for testing.

Should the package at the Clintons’ turn out to be a similar device, it would be the second such attack on liberal heavyweights in the county.

Soros, a billionaire who made his fortune in hedge funds, has donated heavily to liberal causes and is vilified on the right. He is also the subject of many unfounded conspiracy theories. Recently, conservative critics have, without evidence, accused him of secretly financing a caravan of Central American migrants to make their way north toward Mexico and the U.S.Others have falsely accused him of being a Nazi collaborator during World War II, when he was a child in Hungary.

Activists frequently post the addresses of homes he owns in Westchester County on social media sometimes accompanied by ill wishes.

Soros’ foundation, The Open Society Foundation, released a statement Tuesday condemning “the politics of hate that dominates our discourse today.”

“In this climate of fear, falsehoods, and rising authoritarianism, just voicing your views can draw death threats,” the statement continued. “George Soros deplores violence of any kind, and urges politicians across the political spectrum to tone down their rhetoric. Words have consequences, and we bear a collective responsibility to create a more civil way to discuss our political differences. Respect for a diversity of opinions is fundamental to open society and that is the work that George Soros has devoted his life to. Our politics should be more about what we’re for than who we hate.”