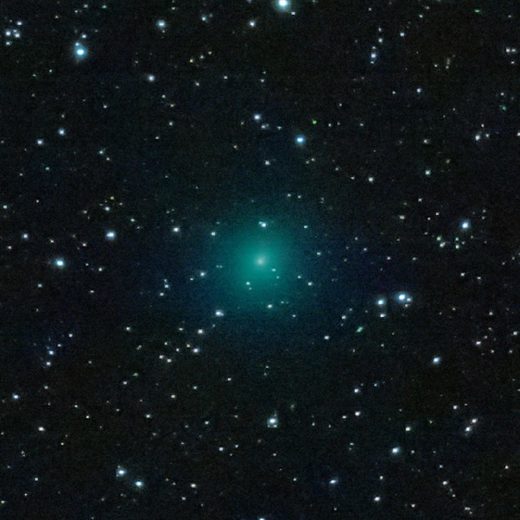 Astronomers are calling Comet 46P/Wirtanen the “comet of the year.” Two months from now, on Dec. 16th, the kilometer-wide ball of dirty ice will come within 11.5 million km of Earth–making it one of the 10 closest-approaching comets of the Space Age. Comet 46P/Wirtanen will probably become a naked eye object for several weeks during the holidays. Here’s what it looks like now:

Yasushi Aoshima of Ishikawa, Japan, took the picture using a 12-inch telescope. It shows the comet’s green atmosphere which is, impressively, almost twice as wide as the planet Jupiter. The green color comes from diatomic carbon (C2)–a gaseous substance common in comet atmospheres that glows green in the near-vacuum of space.

At the moment, the integrated brightness of the comet is similar to a 10th magnitude star–that is, dim. However, forecasters expect it to brighten more than 200-fold by December. If current trends hold, 46P could ultimately reach magnitude +3, making it not a Great Comet but a very good one, visible to the unaided eye and an easy target for binoculars or small telescopes. 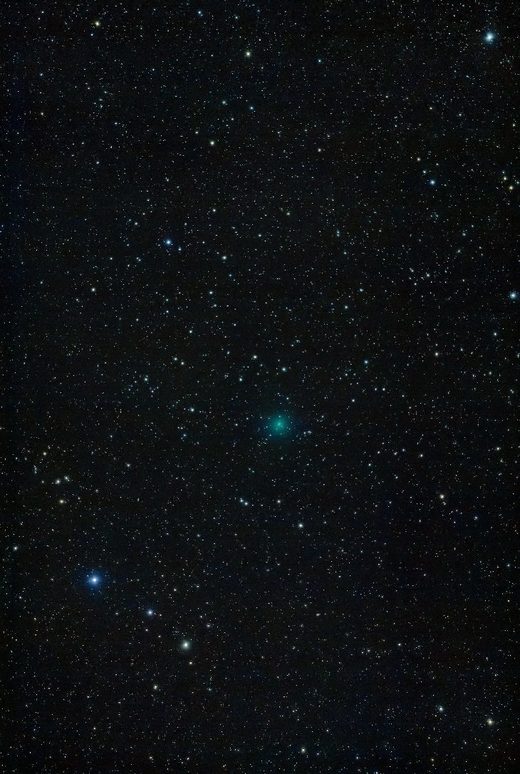 Comet Wirtanen passes through the inner solar system every 5.4 years. Right now it is near the orbit of Mars, and it is heading in our direction.