The incident in China saw authorities rip down the cross, the latest in a string of examples of the Beijing tightening its grip on religious expression.

The cross standing on the bell tower of Lingkun Catholic church was torn down by authorities in Wenzhou city, a port and industrial city in the Zhejiang province, on October 11.

The representatives of the local government also demolished the wall standing in front of the church, according to International Christian Concern, a non-governmental human right watchdog.

This aggression is the latest of a long series of abuses perpetrated against Christians in the area.

Wenzhou was targeted in a particularly aggressive cross removal campaign in 2014, with thousands of crosses toppled and sacred bu

However, Wenzhou’s churches had enjoyed a long break since the end of that year, with the last cross removed in a local sacred place in late 2014.

But the aggression at the Lingkun church sparked fears a new wave of attacks could be on its way after four years.

The Lingkun church is led by bishop Peter Shao Zhumin, who has experienced first-hand the clamp down on Christianity in the area.

Christianity crackdown: Local authorities tore down a cross in a Catholic church in China (Image: GETTY)

The bishop, who leads the church as part of the Yongqiang parish, in the diocese of Wenzhou, was arrested in 2017 and detained by local authorities for seven months before being released in April this year.

According to an unnamed source who spoke to The Union of Catholic Asian News, the bishop was taken away by authorities in May 2017.

During his seven-month long imprisonment, the source said authorities tried to force him into sign an agreement that would support the State Administration for Religious Affairs and the self-election and self-ordination of bishops.

The source said: “What the government is doing is like the Cultural Revolution, arresting you and forcing you to sign documents to support the authority.” 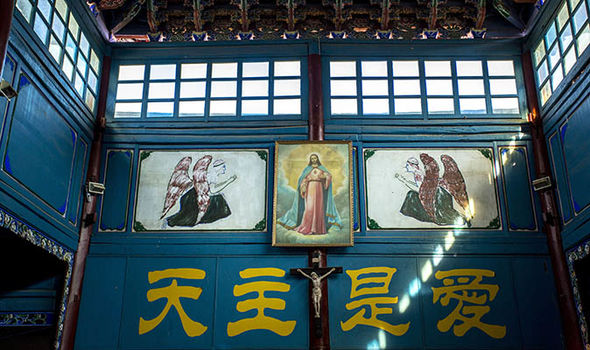 They continued saying the bishop did sign the agreement but he wrote as a footnote he did not agree with it.

The election of bishops is at the centre of a long-lasting feud raging between Beijing and the Vatican, which struck a provisional agreement in a bid to settle down their problems in late September.

Pope Francis recognised seven bishops appointed by China as part of a historic accord attempting to tighten ties between Rome and the communist country and improving the situation for the 10 million Catholics in the country. 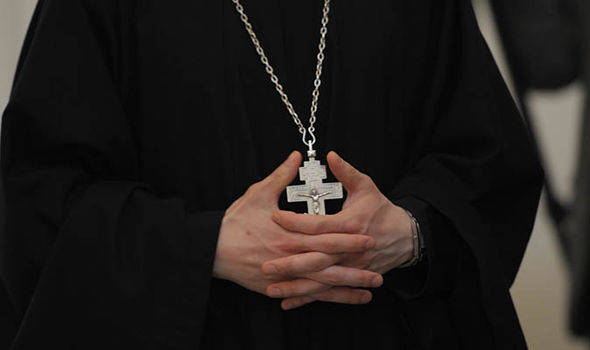 The deal could see in the future bishops being appointed by the Chinese government and then confirmed by Rome.

However, the agreement didn’t prevent Chinese authorities from tearing down another cross in Henan.

Branding the cross of Zhumadian church “too visible”, they tore it down on October 3, less than two weeks after the Sino-Vatican deal was signed.

Read More:Nothing To See Here: Kim Jong-Un Wants To Have A Meeting With The Pope