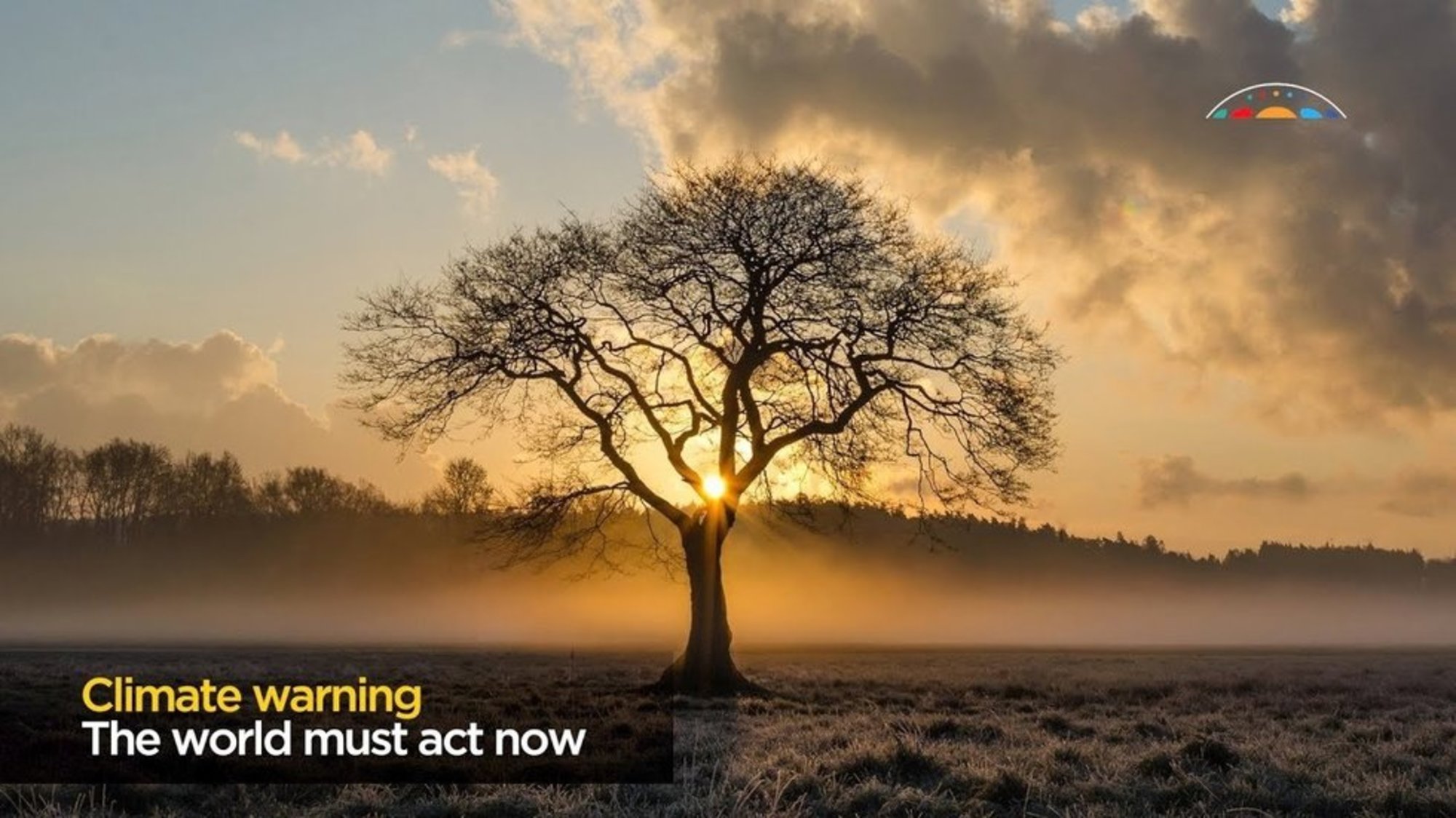 Governments around the world must take “rapid, far-reaching and unprecedented changes in all aspects of society” to avoid disastrous levels of global warming, says a stark new report from the global scientific authority on climate change.

The report issued Monday by the UN Intergovernmental Panel on Climate Change (IPCC), says the planet will reach the crucial threshold of 1.5 degrees Celsius (2.7 degrees Fahrenheit) above pre-industrial levels by as early as 2030, precipitating the risk of extreme drought, wildfires, floods and food shortages for hundreds of millions of people.
The date, which falls well within the lifetime of many people alive today, is based on current levels of greenhouse gas emissions.
The planet is already two-thirds of the way there, with global temperatures having warmed about 1 degree C. Avoiding going even higher will require significant action in the next few years.
“This is concerning because we know there are so many more problems if we exceed 1.5 degrees C global warming, including more heatwaves and hot summers, greater sea level rise, and, for many parts of the world, worse droughts and rainfall extremes,” Andrew King, a lecturer in climate science at the University of Melbourne, said in a statement.
Global net emissions of carbon dioxide would need to fall by 45% from 2010 levels by 2030 and reach “net zero” around 2050 in order to keep the warming around 1.5 degrees C.
Lowering emissions to this degree, while technically possible, would require widespread changes in energy, industry, buildings, transportation and cities, the report says.
“The window on keeping global warming below 1.5 degrees C is closing rapidly and the current emissions pledges made by signatories to the Paris Agreement do not add up to us achieving that goal,” added King. 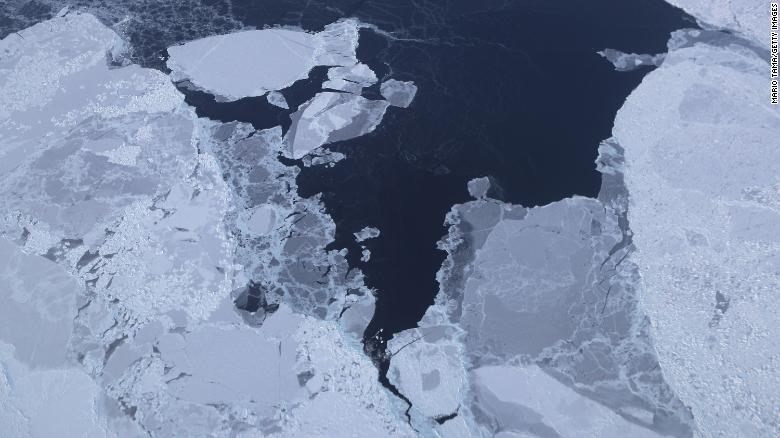 Consequences of past inaction

The report makes it clear that climate change is already happening — and what comes next could be even worse, unless urgent international political action is taken.
“One of the key messages that comes out very strongly from this report is that we are already seeing the consequences of 1 degree C of global warming through more extreme weather, rising sea levels and diminishing Arctic sea ice, among other changes,” said Panmao Zhai, co-chair of IPCC Working Group I.
Even if warming is kept at or just below 1.5 degrees C, the impacts will be widespread and significant.
Temperatures during summer heatwaves, such as those just experienced across Europe this summer, can be expected to increase by 3 degrees C says the report.
More frequent or intense droughts, such as the one that nearly ran the taps dry in Cape Town, South Africa, as well as more frequent extreme rainfall events such as hurricanes Harvey and Florence in the United States, are also pointed to as expectations as we reach the warming threshold.
Coral reefs will also be drastically affected, with between 70 and 90% expected to die off, including Australia’s Great Barrier Reef.
Countries in the southern hemisphere will be among the worse off, the report said, “projected to experience the largest impacts on economic growth due to climate change should global warming increase.”
The report underlines how even the smallest increase in the base target would worsen the impact of recent natural disasters.
“Every extra bit of warming matters, especially since warming of 1.5 degrees C or higher increases the risk associated with long-lasting or irreversible changes, such as the loss of some ecosystems,” said Hans-Otto Pörtner, Co-Chair of IPCC Working Group II.
The report cites specific examples of how impacts of global warming would be lessened with the 1.5 degrees C increase, compared to the 2 degrees C increase: ‘Possible with the laws of chemistry and physics’

Monday’s report is three years in the making and is a direct result of the 2015 Paris Climate Agreement. In the Paris accord, 197 countries agreed to the goal of holding global temperatures “well below” 2 degrees C above pre-industrial levels and to pursue efforts to limit it to 1.5 degrees C.
The United States was initially in the agreement, but President Donald Trump pulled the country out a year and half later, claiming it was unfair to the country.
To limit global warming to 1.5 degree C is “possible within the laws of chemistry and physics,” said Jim Skea, co-chair of IPCC Working Group III. “But doing so would require unprecedented changes.”
“International cooperation is absolutely imperative to limit emissions and therefore global warming and its impacts, as well as coordinating effective and widespread adaptation and mitigation,” said Sarah Perkins-Kirkpatrick, a fellow at the Climate
Change Research Center at the University of New South Wales. “The next few years will be critical in the evolution of these efforts.”
One key issue will be negative emissions, large scale carbon-scrubbing technologies that can reduce the amount in the atmosphere and act to counter continued pollution.
According to the report, there are two main ways of removing carbon from the atmosphere: increasing natural processes that already do this, and experimental carbon storage or removal technologies.
However, all methods “are at different stages of development and some are more conceptual than others, as they have not been tested at scale,” the report warned.
They will also require considerable political engagement globally, as will reducing the amount of carbon being emitted. Despite the report’s dire warnings, there is no indication such cooperation will be doable, particularly given the Trump administration’s stance on this issue.
“Today the world’s leading scientific experts collectively reinforced what mother nature has made clear — that we need to undergo an urgent and rapid transformation to a global clean energy economy,” former US Vice President Al Gore said.
“Unfortunately, the Trump administration has become a rogue outlier in its shortsighted attempt to prop up the dirty fossil fuel industries of the past. The administration is in direct conflict with American businesses, states, cities and citizens leading the transformation.”
Original Article:https://earthfrenzyradio.com/19-top-stories/3960-un-warning-of-catastrophic-climate-change-by-2030
Read More:Climate Change Profiteers Have So Far Created A $53 Billion Dollar Market Based On Fear And Greed
Watch More:Interplanetary Climate Change: Proof Global Warming Is A HOAX
Read More:30,000 Scientists Agree: Climate Change Is A HOAX
Read More:Four Peer-Reviewed Scientific Studies Found ‘No Observable Sea-Level Effect Of Man-Made Global Warming’
Read More:Proof: New Study Shows ‘Global Warming’ Due To Greenhouse Gases Is NOT The Reason The Ice Caps Are Melting
Read More:Nailed It; Australian Politician: Climate Change Is A UN Hoax To Create The New World Order
Read More:Climate Change Agenda Openly Exposed: Pope Demands ‘One World Government’ To Combat ‘Climate Change’
Read More:United Nations 2030 Agenda: A Blueprint For Global Enslavement In The Beast System