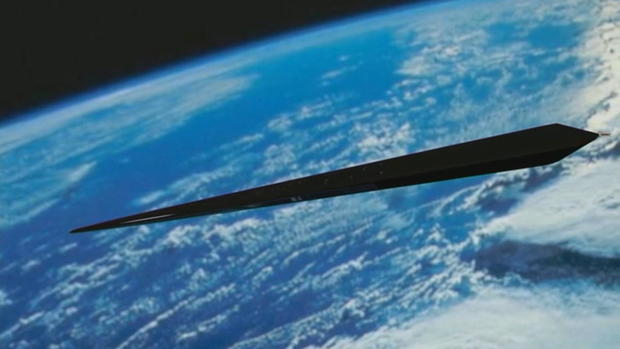 This November, a SpaceX Falcon 9 rocket will deliver 70 satellites into Earth’s orbit including one that comes from the Nevada Museum of Art. It’s called “Orbital Reflector,” and it’s the latest work by artist Trevor Paglen.

“The point of working on orbital reflector was to try and imagine a different kind of infrastructure — could we imagine making a satellite that’s the exact opposite of every other,” Paglen said.

A satellite balloon will unravel and expand once in space, going from a package the size of a shoebox to a diamond sculpture the size of two school buses.

“For me it was important to create a kind of catalyst for people to go out and to look at the sky and think about … the politics of space and public space,” Paglen said.

After working on a previous project, Paglen began to see a disturbing trend.

“I was noticing that there was a kind of military occupation of space that had been in place for a long time,” Paglen said. “I started to think about how space might be different.”

Paglen and the Nevada Museum of Art assembled a team that brought experts in from unconventional fields. Viewable to the naked eye, orbital reflector will circle the planet several times before dropping back into the earth’s atmosphere and burning away. But for its three months in space, it may just become the most widely viewed artwork of all time.

“We look at the sky and try to figure out what our destiny might be, or what our past might be or what the present might be. For me, the project is really just an opportunity for me to ask those big questions,” Paglen said.