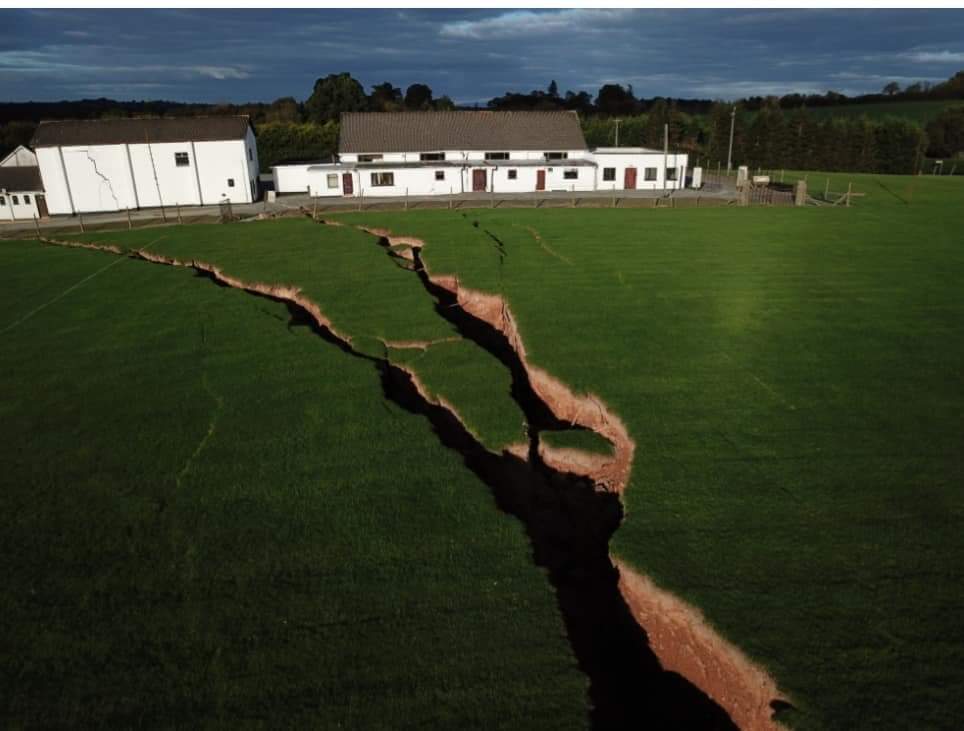 Nearly 100 children were evacuated from their classrooms on September 24, 2018 when a huge sinkhole opened up at Drumgossatt National School, near Carrickmacross in Monaghan, Ireland.

The collapse of a disused Gypsum mine in the region has been cited as the cause of the subsidence. 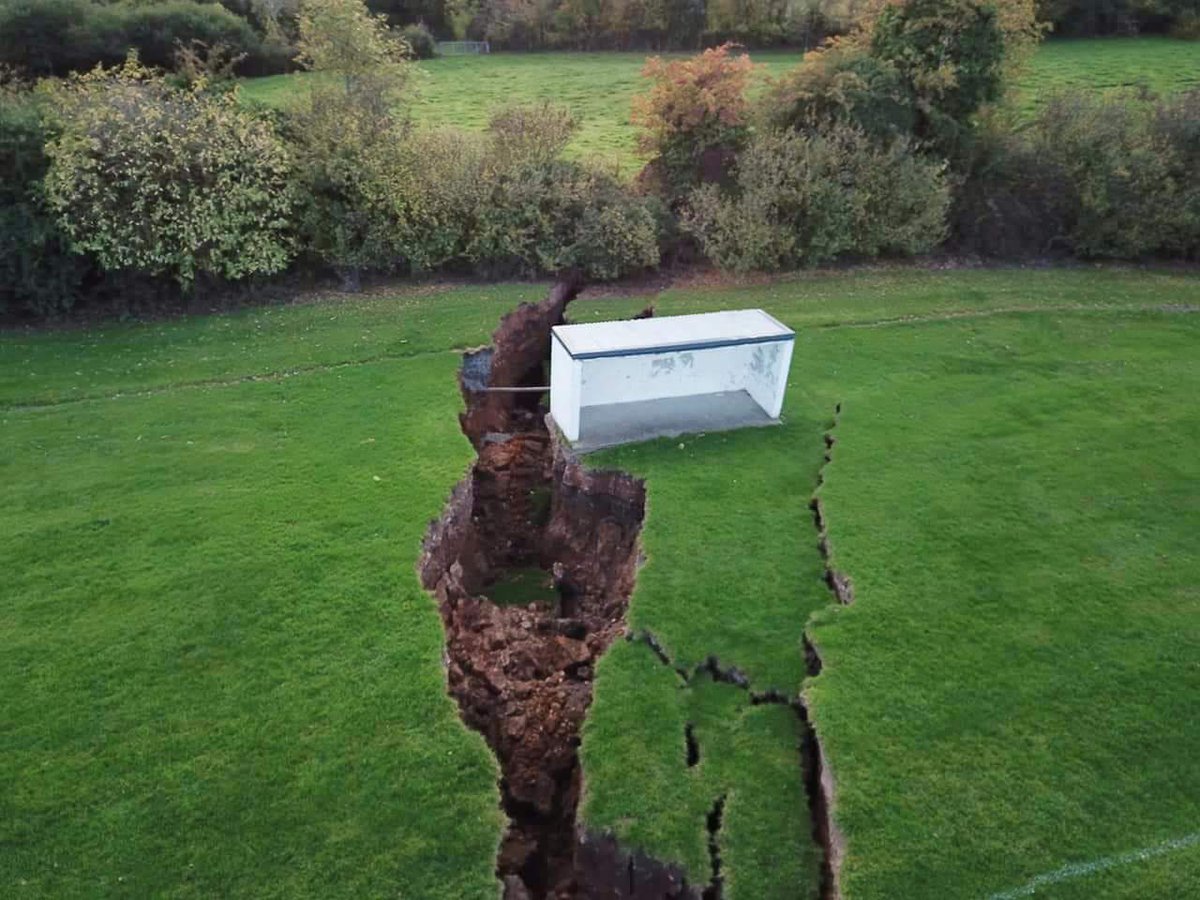 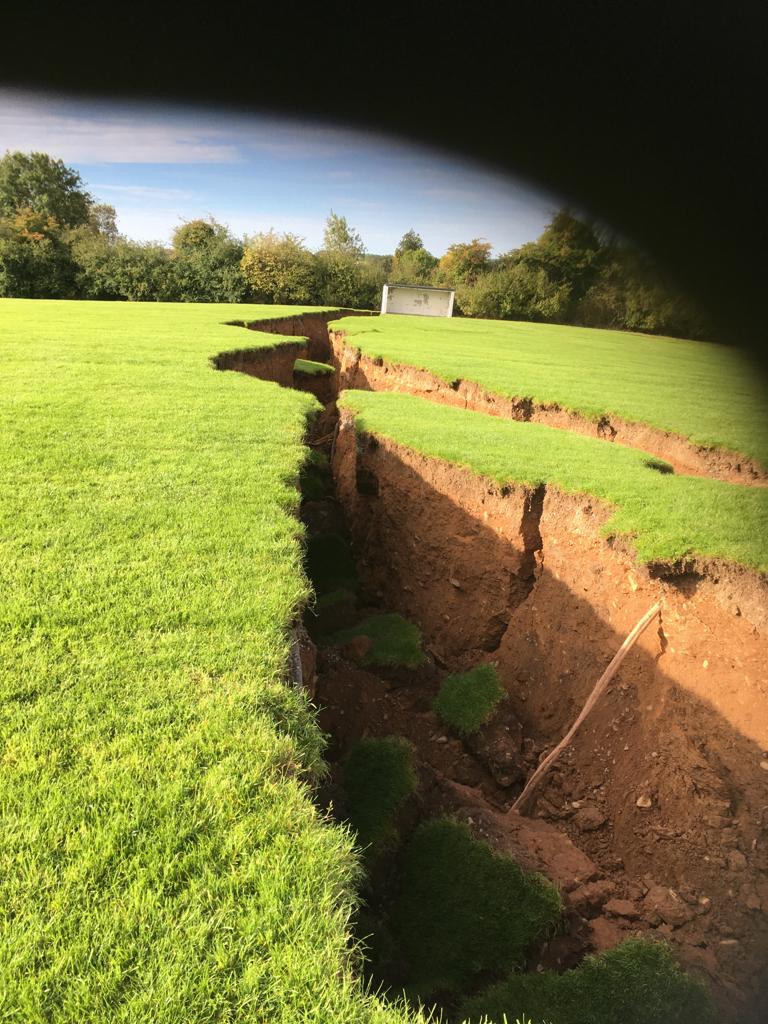 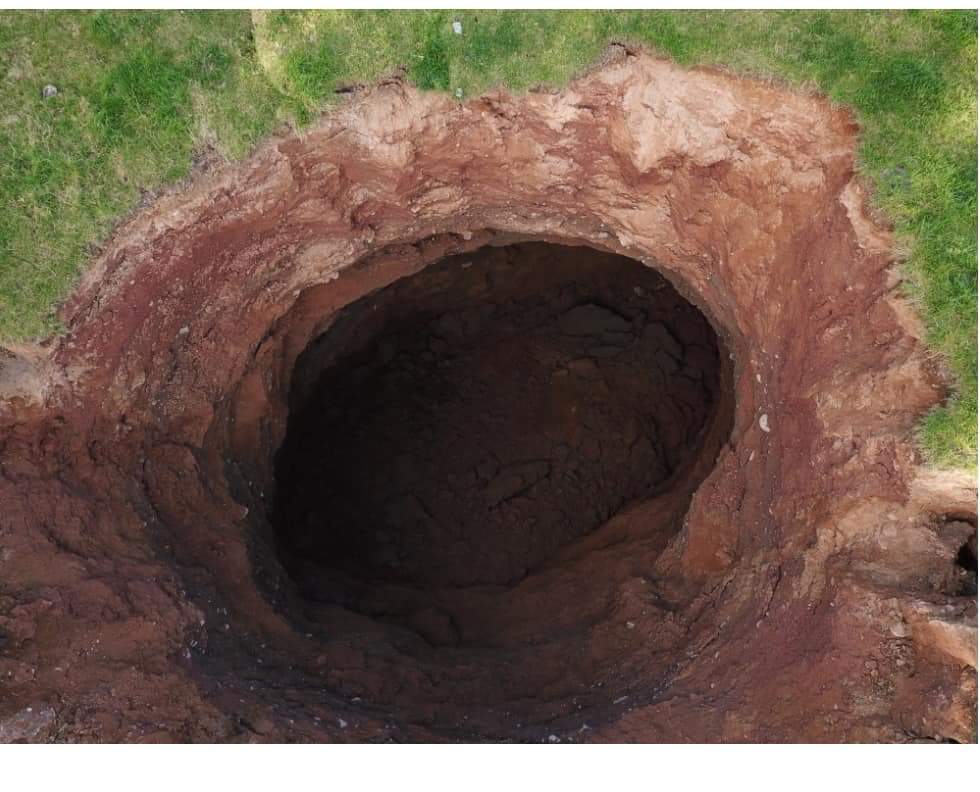