YELLOWSTONE volcano erupting is a terrifying prospect – and one a biblical expert bizarrely believes was foretold in a Bible prophecy about the end of the world.

Bizarre claims have been made to suggest a cataclysmic Yellowstone volcano eruption will “purify” the planet in the end days.

The Wyoming supervolcano, one of the biggest in the world, will supposedly erupt together with tremendous earthquakes.

A biblical prophet in Israel believes two-thirds of the planet will drown in fire when the world comes to an end.

Rabbi Yitzchak Batzri, a Jerusalem-based Kabbalist, claimed the apocalyptic scenario was foretold in the Old Testament.

According to the rabbi, the world’s fiery demise was prophesied in the Book of Zachariah and the Book of Psalms.

He told Breaking Israel News the end days are described in Psalms 104:32.

The passage reads: “Who looketh on the earth, and it trembleth; He toucheth the mountains, and they smoke.”

The rabbi said: “This describes what will happen in the End of Days before the final redemption. 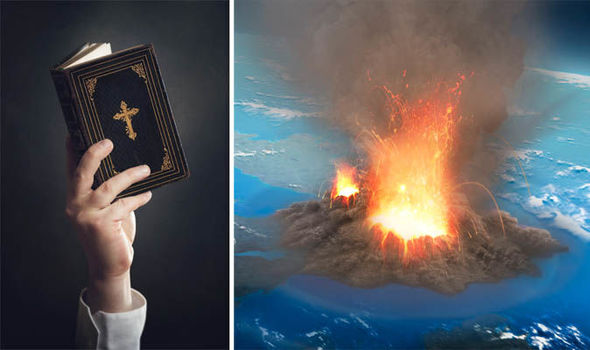 Yellowstone volcano eruption: A rabbi thinks it was foretold in the Bible (Image: GETTY)

“There will be an earthquake in Israel, but it will be beneficial, opening up the Temple Mount, bringing forth living waters, purifying the city to receive the Messiah.”

Zachariah 13:9 reads: “And I will bring the third part through the fire and will refine them as silver is refined and will try them as gold is tied; they shall call on My name and I will answer them; I will say: ‘It is My people’ and they shall say: ‘Hashem is my God’.”

The Rabbi said the entire planet will be fraught with powerful earthquakes and volcano eruptions when the end days arrive.

He said the natural disasters will “purify” the world by fire “like a crucible”.

The United States Geological Survey (USGS), which monitors seismic and volcanic activity in Yellowstone National Park, fears Yellowstone erupting could have an effect on a global scale.

These would include disrupted global climate and heavy ash fallout throughout the US.

The USGS said: “The surrounding states of Montana, Idaho, and Wyoming would be affected, as well as other places in the United States and the world. 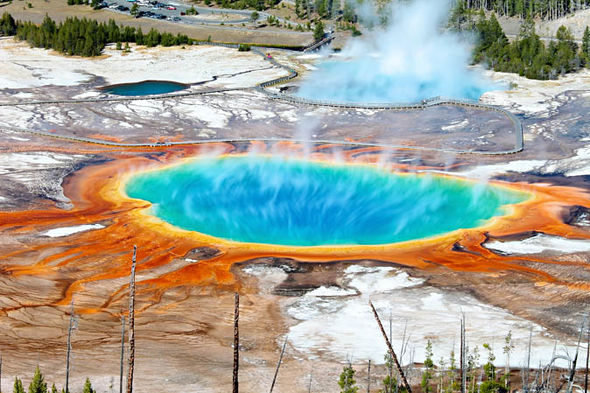 Yellowstone volcano: The supervolcano is one of the biggest in the world (Image: GETTY)

“Such eruptions usually form calderas, broad volcanic depressions created as the ground surface collapses as a result of withdrawal of partially molten rock – magma – below.

“Fortunately, the chances of this sort of eruption at Yellowstone are exceedingly small in the next few thousands of years.”

But the geological agency is not convinced the supervolcano will erupt. 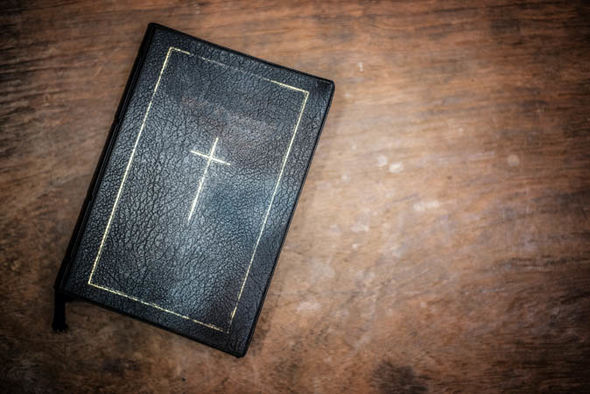 Yellowstone volcano: Passages in the Old Testament speak of the world drowning in fire (Image: GETTY)

However, the USGS said there is not enough data on past Yellowstone eruptions to make a “critical judgement” on future volcanic activity.

The USGS said: “There is no evidence that a catastrophic eruption at Yellowstone is imminent, and such events are unlikely to occur in the next few centuries.

“Scientists have also found no indication of an imminent smaller eruption of lava.”