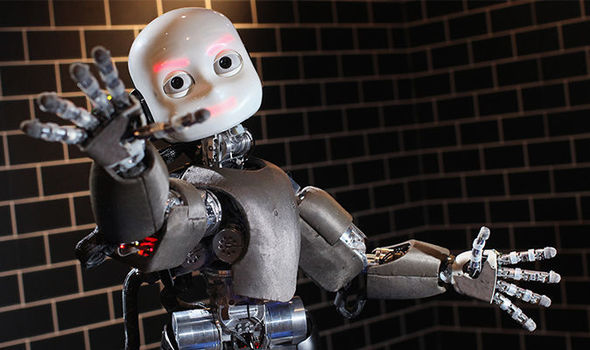 The bombshell study, of 1,200 employees in the UK, found the millennial generation is increasingly looking for ways to shun human contact.

Of those surveyed, one in six (17 percent) 18-34-year-olds named customer interaction among their most hated work tasks.

In contrast, only four percent of over 55s would say the same.

Neil Murphy, VP global business development at artificial intelligence (AI) firm ABBYY, who commissioned the research, said: “Our survey shows that millennials are keen to hand over valuable tasks, such as human interaction, yet the older generation aren’t yet willing to give up the tasks that could be delegated to robots.

“What’s important to understand therefore is which tasks require human-to-human interaction and which don’t, and educating staff on how best to make the most of their time alongside automation.”

The study also found a large divide in the way the baby boomer generation and millennials conduct themselves professionally.

A total of 43 percent of over 55s prioritise speaking to their boss straight away to deal with an issue, the research showed.

Whereas, of the 18-34-year-olds surveyed, only 23 percent would opt to communicate with their boss to swiftly deal with an issue. 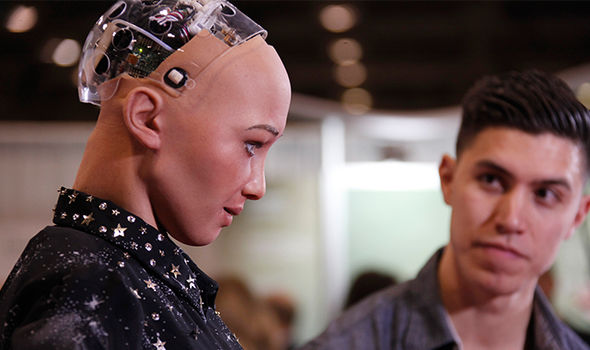 Further revealing data demonstrated 60 percent of over 55s would prioritise electronic filing and do it straight away, compared to only 21 percent of 18-34-year-olds.

According to the study, the older generation shows more confidence in themselves as workers, with half (50 percent) of over 55s believing a robot could not complete tasks as well as they could, compared to only 34 percent of 18-34-year-olds.

The vast disparity between the baby boomer and millennial generation implies younger people are more ready to embrace AI in the workplace. 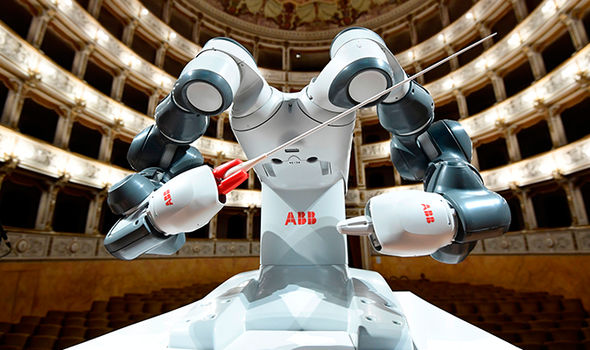 The field of robotics has advanced to new levels recently – this Yumi bot can conduct an orchestra (Image: GETTY)

The policy paper, entitled the AI Sector Deal, said: “In the same way that Gutenberg’s press ushered in a new era of growth, data-driven technologies such as AI will underpin our future prosperity.”

An independent review carried out by Professor Dame Wendy Hall and Jérôme Pesenti attempted to uncover how the AI industry could be grown in the UK.

The report, published in October 2017, concluded: “There are great opportunities for AI to do much more for the citizens and the economy of the UK, the actions recommended in this report are just a first step towards realising that potential.

“Sustained collaboration between Government, academia and industry will be necessary to implement these recommendations now, and to continue delivering the amazing potential of AI in the future.”