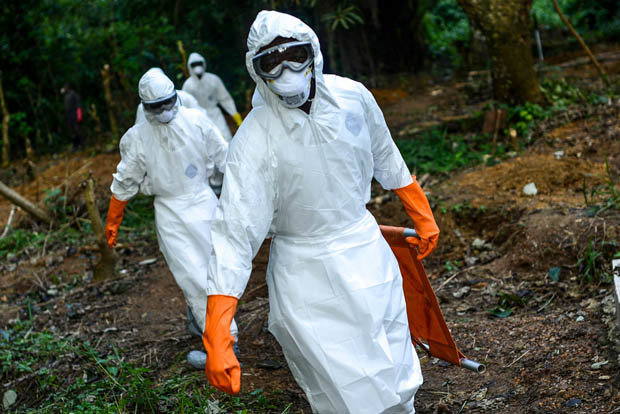 World Health Organisation (WHO) bosses issued the dire warning over Ebola today at a briefing on the diseased in the Democratic Republic of Congo (DRC).

Dr Peter Salama warned of “perfect storm” conditions which could trigger a massive spread of the disease.

He warned WHO are “extremely concerned” about the current trends in combating Ebola in DRC.

The health chief warned Ebola could spread because of attacks by armed groups, community resistance and the geographic spread of the disease. 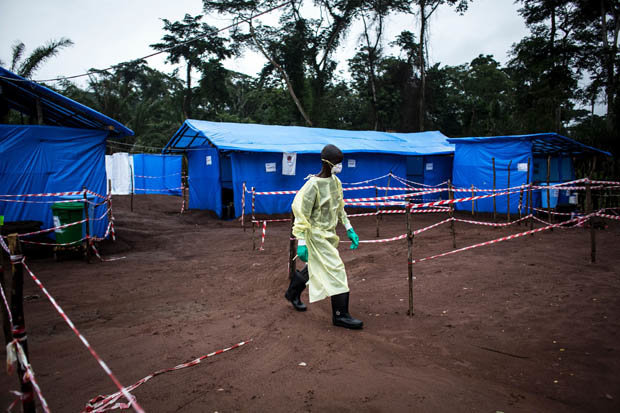 Ebola is spread through bodily fluids, and its symptoms include uncontrolled bleeding, vomiting blood, muscle pain, headaches and reduced passing of urine.

It is highly infectious and extremely lethal and caused chaos in West Africa back in 2013 to 2016.

More than 11,000 people died in nearly 30,000 confirmed cases in that outbreak, according to the World Health Organisation.

Congo has experienced 10 outbreaks since 1976 – but authorities have been successful in containing it. 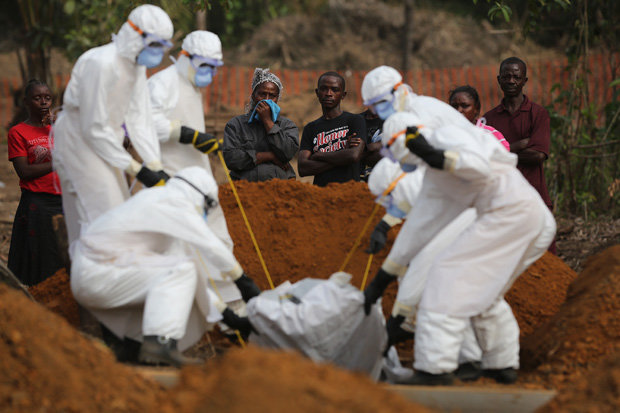 FATAL: Ebola is extremely lethal and can be spread easily between people and animals 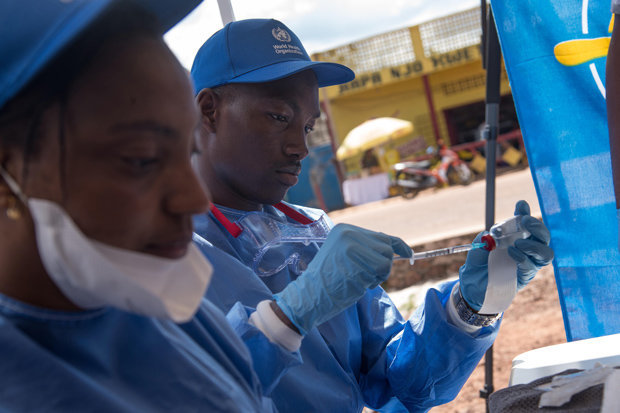 VACCINES: Doctors are trying their best to reduce the risk of an Ebola outbreak

Ebola outbreak: Parents fear children may get infected at school

“We are now extremely concerned that several factors may be coming together over the next weeks and months to create a perfect storm,” Dr Salama said.

DRC health chiefs have confirmed 55 deaths from Ebola this year – with treatment currently being offered free to stem the outbreak.

However, whole regions of the country are described as “no-go zones” as aid workers can’t access them.

Ebola is thought to be spread over long distances by bats and is often passed on to humans in bush meat sold at markets.