The biggest quake to strike today was a magnitude 5.0, in Kainantu, Papua New Guinea, neighbouring the island archipelago Indonesia which is still reeling from a devastating earthquake in August.

Today’s quake struck deep below the Earth’s surface, some 80 miles deep, meaning the impact to the surface was minimal.

Indonesia itself saw a quake near Abepura, registering at 4.6, which was too deep to wreak havoc.

Japan, which has seen a spate of deadly natural events this year, has had two quakes today, the biggest registering at 4.4, east of Tomakomai.

There is fresh tremor activity in the United States this morning with two new earthquakes hitting California and Oklahoma.

The newest quakes have been of little concern in the central US, as the highest monitored was Oklahoma’s with a magnitude of 2.9.

However, as we journey out towards Alaska, the earthquakes begin to gather more power. 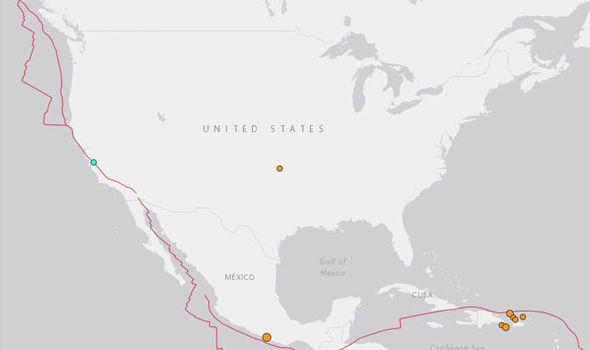 Earthquakes today in the United States and Mexico (Image: USGS)

Alaska alone has seen a collection of eight new earthquakes today, the largest of which was a magnitude 3.7 southwest of Kaktovik.

The picture is much the same over the border, as Mexico has received a 4.4 magnitude earthquake today just southwest of Marquelia.

South East Asia has seen the most activity this morning, with a larger number of intermediate earthquakes measuring over 4.0 magnitude.

Japan’s Tomakomai region saw tremors of 4.4 magnitude, and the Philippines island of San Isidro saw the strongest with 4.8.

A 5.1-magnitude earthquake also struck 292km SSW of Severo-Kuril’sk, Russia at 8.53am UTC. 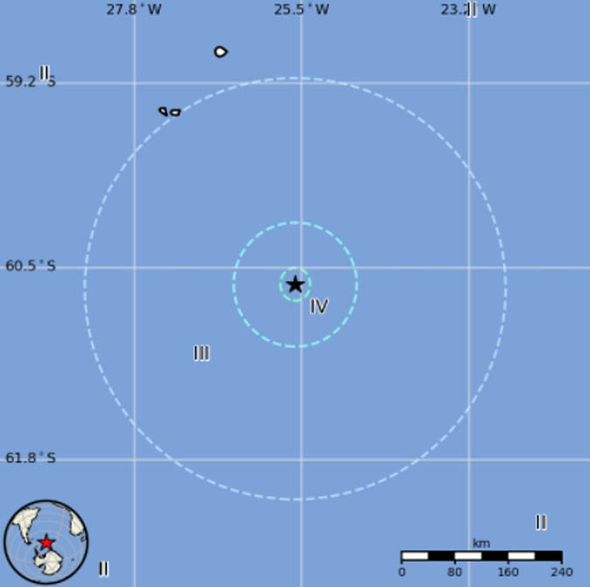 The strongest earthquake of the day so far landed southwest off the coast of South America, southwest of the Sandwich Islands.

These islands saw a large 5.4 magnitude quke at an intersection of two different tectonic plate boundaries, the South America and Scotia plates.

The territory of the Sandwich Islands has a population of 30, and 3.33 percent have a 65 percent chance of fatality.

The United States Geographical Survey (USGS) has predicted there is a 65 percent chance one person will die, and a 30 percent chance 10 people may die.

Population at the Sandwich Islands is not set in stone, as there are no official permanent residents, so fatality rates are subject to change. 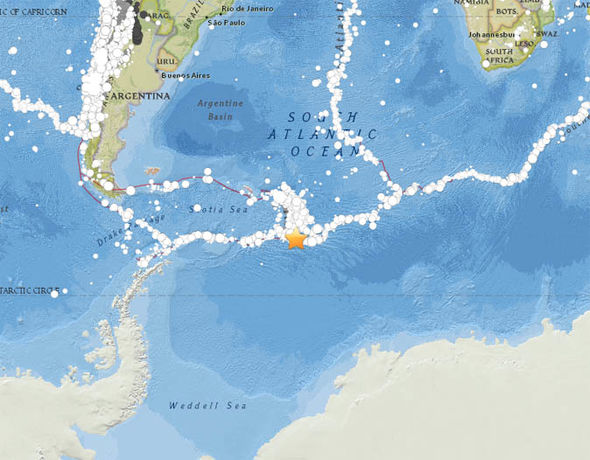 The location and activity at the South Sandwich Islands (Image: USGS)

Stateside, Alaska has seen a total of eight tremors today, though none of them big enough to cause any damage, the strongest registering at 3.3 just near Tok.

Earthquake-prone California has seen two in the past 24 hours, but again only small ones, with the biggest only 2.8 near Pinnacles.

So what do all these areas have in common?

These areas all form part of the Pacific Ring of Fire, a massive horseshoe shape of seismic activity encircling the Pacific Basin. 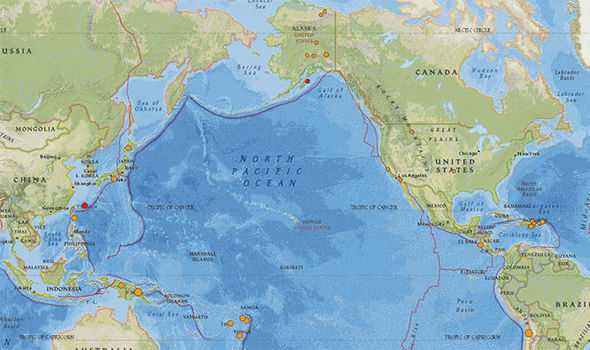 Earthquake today: The dots show registered quakes in the past 24 hours (Image: USGS)

What is the Ring of Fire?

A string of 452 volcanoes stretches from the southern tip of South America, up the West Coast of the Americas, across the Bering Strait, down through Japan and into New Zealand.

In total, the ring forms a 25,000 mile arc from the boundary of the Pacific Plate, to the Cocos and Nazca Plates that line the edge of the Pacific Ocean.

The ring is the result of tectonic plates – huge slabs of the earth’s crust which fit together like a puzzle to make up the earth’s surface. 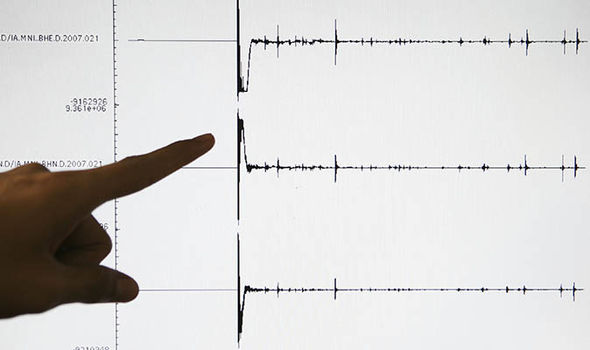 Earthquake today: These areas all form part of the Pacific Ring of Fire (Image: Getty)

The plates are not fixed, but constantly moving on top of a layer of solid and molten (liquid) rock, called the earth’s mantle.

Sometimes, these plates collide, move apart, or slide against each other, which results in an earthquake.

The volcanoes form when one plate is pushed under another into the mantle (through a process known as subduction), releasing pressure and causing the molten rock to push up through the earth.

The Ring of Fire is a result of the earth’s oceanic plates and continental plates interacting, which has led to the massive activity which is associated with the area. 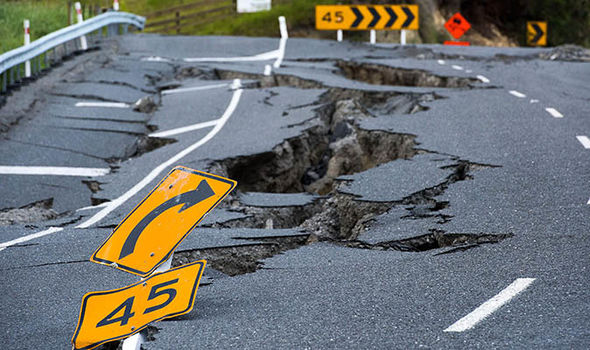 Earthquake today: About 90 percent of all earthquakes occur along the Ring of Fire (Image: Getty)

Around times of increased seismic activity, talk of the ‘Big One’ often increases.

The Big One is a hypothetical earthquake of a magnitude 8.0 or greater.

The Big One, according to the hypothesis, will occur along the San Andreas Fault, a 750-mile-long tectonic boundary through California.

A study published in 2006 in the journal Nature found the San Andreas fault has reached a sufficient stress level for an earthquake of magnitude greater than 7.0 to occur.

The paper concluded: “The information available suggests that the fault is ready for the next big earthquake but exactly when the triggering will happen and when the earthquake will occur we cannot tell.

“It could be tomorrow or it could be 10 years or more from now.”

Read More:The ‘Big One’ Is Close: HUGE Pressure Builds Along The ‘Ring Of Fire’

Read More:The Big One IS Imminent: 6.3 Mag Strikes Off Coast Of Oregon