New vents were seen blasting water and steam across the basin area in Geyser Hill, ever since the Ear Spring erupted on Saturday.

Authorities have attributed the rise in geothermal activity to Saturday’s eruption, after several new surface fractures and splashes of water were spotted at the Upper Geyser Basin in Yellowstone National Park.

On Tuesday, spouts of water shot from the ground west of Pump Geyser and north of Sponge Geyser, also ejecting large amounts of hot steam.

The new feature, which is eight-foot diameter, continues to show increased signs of activity after geologists observed the ground rising and falling by six inches every 10 minutes.

Officials have warned visitors to beware of new eruptions and have closed down several parts of the basin as they continue to study the rare change in the area’s activity.

On Saturday, Ear Spring erupted plumes of water up to 30 feet in the air, endangering visitors as debris and rocks flew into the sky.

The last known eruption on that scale occurred in 1957, though several smaller eruptions were observed in 2004. 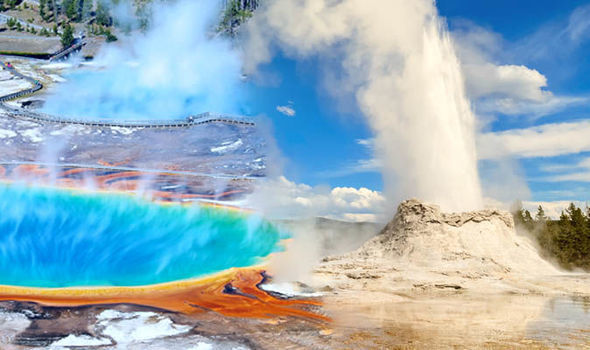 Ear Spring is one of the hottest pools in Yellowstone National Park and contains water above the boiling point up to 200 degrees.

Geyser Hill lies across the Firehole River from Old Faithful and features dozens of hot springs, geysers and fumaroles.

Authorities believe the change in hydrothermal activity in the area could bring a rise to new geysers or cause further road blocks over fears thermally heated grounds will expand.

Activity in Upper Geyser Basin will not have a direct impact on other geysers, such as the famous Old Faithful. 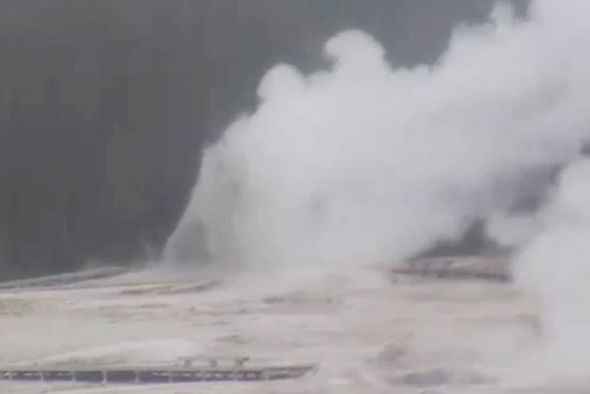 However, geologists say the new geothermal eruptions are common occurrences, and will not bring rise to new volcanic activity.

The Yellowstone Volcano Observatory said: “Changes in Yellowstone’s hydrothermal features are common occurrences and do not reflect changes in activity of the Yellowstone volcano.

“Shifts in hydrothermal systems occur only the upper few hundred feet of the Earth’s crust and are not directly related to movement of magma several kilometres deep. There are no signs of impending volcanic activity.

“There has been no significant increase in seismicity nor broad-scale variations in ground movement.” 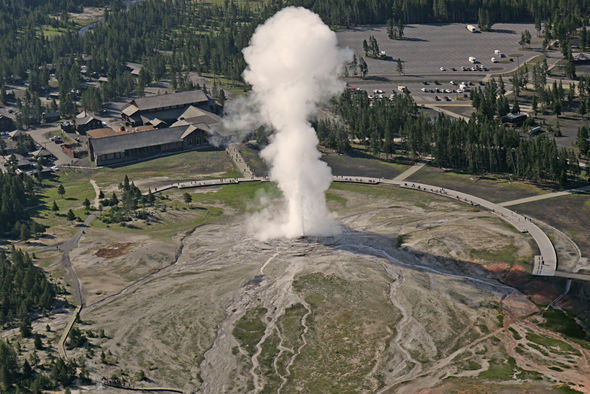 Experts have warned earthquakes at Yellowstone are more likely to occur than volcanic eruptions.

Michael Poland, the chief scientist in charge of the Yellowstone Volcano Observatory said: “The biggest concern we have for Yellowstone is not with the volcano, it’s with earthquakes.

“This is an under-appreciated hazard in the Yellowstone area. There can and will be in the future magnitude 7 earthquakes.”

The US National Parks Service said: “Yellowstone commonly experiences ‘earthquake swarms’ – a series of earthquakes over a short period of time in a localised area.

Read More:Ground Deformed At Yellowstone As 1500 Quakes Continue Throughout Summer