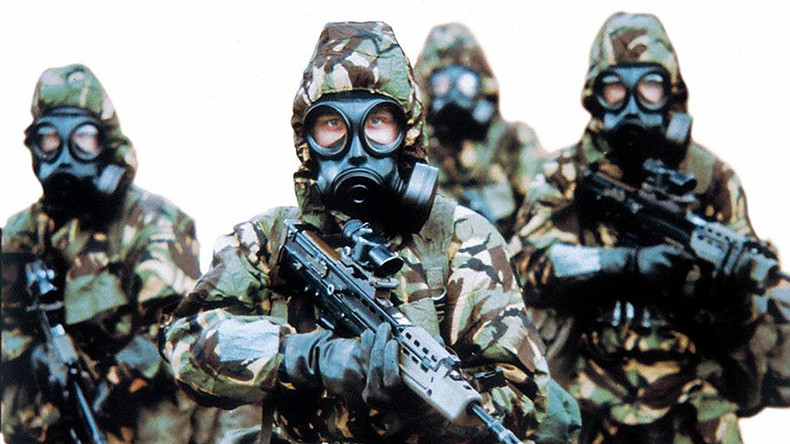 The Russian Defense Ministry is warning that it has reliable information that filming has now begun for a staged false flag chemical attack in Idlib that will be used to justify military action by the U.S. and its allies in Syria.

The film footage is expected to be delivered to global news outlets by the end of the day today, according to a statement from the ministry. According to media reports from Moscow, several Middle Eastern television networks, as well as a U.S. news network have sent production crews to Idlib to record the “staged provocation,” which will involve members of the White Helmets.

As TruNews reported Monday, an Idlib contingent of the White Helmets has already been operating in the region and posting what are clearly staged photos of alleged Russian/Syrian atrocities. The Russian statement notes two canisters of chlorine-based chemicals have been provided to the Islamist group Hayat Tahrir al-Sham in the town of Jisr al-Shughur in the Idlib Governorate for the purpose of the false flag operation.

Hayat Tahrir al-Sham was formerly known as al-Nusra Front and is a known affiliate of the al-Qaeda terrorist organization. It’s also closely affiliated with the Syrian Civil Defense group known as the White Helmets.

HTS was previously most notoriously known for its involvement in the kidnapping of members of the Qatari royal family, which reportedly paid more than $1 billion to get them back. That money was then funneled to a number of terrorist groups, including the Iraqi Hezbollah, and Maj. Gen. Qasem Soleimani, head of the Islamic Revolutionary Guards Corps Quds Force.

Iran is purportedly operating in Syria, at the behest of President Bashar al-Assad’s government, for the purpose of rooting out terrorist groups like HTS. More recently, the Islamic Republic launched an attack on Kurdish groups in northern Iraq, firing seven Fateh 110 ballistic missiles on a city of roughly 100,000 people in the Erbil region.

According to a report from Jerusalem Post, the attack—conducted in broad daylight—was meant to send a message to the U.S. and its regional allies that it can do whatever it wants in the Middle East. A top Iranian military leader doubled down on that warning Monday when he said the Islamic Republic is plotting attacks against its enemies that extend “beyond the seas.”

“We warn the enemies of the Islamic Revolution that if they make an aggression against the Islamic Iran, we will chase and punish them not only outside the borders, but also beyond the seas.”

The comments have sparked concern in the U.S. that Iran is perhaps preparing to respond to any U.S. military action with terror attacks on American soil.

Another report has emerged that explains how the Russian government has been able to know in advance about the staged chemical provocations. This morning, the Sputnik Russian government-run news agency reported that Syrian Analysis founder and journalist Kevork Almassian has discovered that Syrian army spies have infiltrated the White Helmets organization and providing that information to the Syrian government, which is sharing it with its Russian partners.

Read More:Las Vegas Sheriff: Stephen Paddock ‘May Have Had Help’