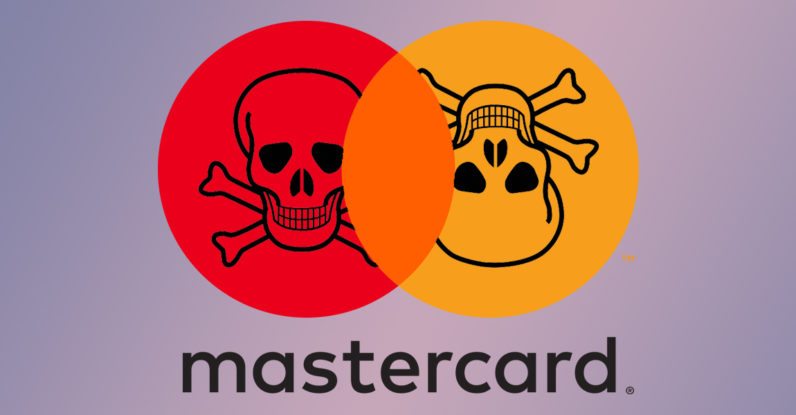 For the past year, select Google advertisers have had access to a potent new tool to track whether the ads they ran online led to a sale at a physical store in the U.S. That insight came thanks in part to a stockpile of Mastercard transactions that Google paid for.

But most of the two billion Mastercard holders aren’t aware of this behind-the-scenes tracking. That’s because the companies never told the public about the arrangement.

Alphabet Inc.’s Google and Mastercard Inc. brokered a business partnership during about four years of negotiations, according to four people with knowledge of the deal, three of whom worked on it directly. The alliance gave Google an unprecedented asset for measuring retail spending, part of the search giant’s strategy to fortify its primary business against onslaughts from Amazon.com Inc. and others.

But the deal, which has not been previously reported, could raise broader privacy concerns about how much consumer data technology companies like Google quietly absorb.

“People don’t expect what they buy physically in a store to be linked to what they are buying online,” said Christine Bannan, counsel with the advocacy group Electronic Privacy Information Center (EPIC). “There’s just far too much burden that companies place on consumers and not enough responsibility being taken by companies to inform users what they’re doing and what rights they have.”

Google paid Mastercard millions of dollars for the data, according to two people who worked on the deal, and the companies discussed sharing a portion of the ad revenue, according to one of the people. The people asked not to be identified discussing private matters. A spokeswoman for Google said there is no revenue sharing agreement with its partners.

A Google spokeswoman declined to comment on the partnership with Mastercard, but addressed the ads tool. “Before we launched this beta product last year, we built a new, double-blind encryption technology that prevents both Google and our partners from viewing our respective users’ personally identifiable information,” the company said in a statement. “We do not have access to any personal information from our partners’ credit and debit cards, nor do we share any personal information with our partners.” The company said people can opt out of ad tracking using Google’s “Web and App Activity” online console. Inside Google, multiple people raised objections that the service did not have a more obvious way for cardholders to opt out of the tracking, one of the people said.

Seth Eisen, a Mastercard spokesman, also declined to comment specifically on Google. But he said Mastercard shares transaction trends with merchants and their service providers to help them measure “the effectiveness of their advertising campaigns.” The information, which includes sales volumes and average size of the purchase, is shared only with permission of the merchants, Eisen added. “No individual transaction or personal data is provided,” he said in a statement. “We do not provide insights that track, serve up ads to, or even measure ad effectiveness relating to, individual consumers.”

Last year, when Google announced the service, called “Store Sales Measurement,” the company just said it had access to “approximately 70 percent” of U.S. credit and debit cards through partners, without naming them.

Google has approached other payment companies about the program, according to two people familiar with the conversations, but it is not clear if they finalized similar deals. The people asked to not be identified because they were not authorized to speak about the matter. Google confirmed that the service only applies to people who are logged in to one of its accounts and have not opted out of ad tracking. Purchases made on Mastercard-branded cards accounted for around a quarter of U.S. volumes last year, according to the Nilson Report, a financial research firm.

Through this test program, Google can anonymously match these existing user profiles to purchases made in physical stores. The result is powerful: Google knows that people clicked on ads and can now tell advertisers that this activity led to actual store sales.

Google is testing the data service with a “small group” of advertisers in the U.S., according to a spokeswoman. With it, marketers see aggregate sales figures and estimates of how many they can attribute to Google ads — but they don’t see a shoppers’ personal information, how much they spend or what exactly they buy. The tests are only available for retailers, not the companies that make the items sold inside stores,the spokeswoman said. The service only applies to its search and shopping ads, she said.

For Google, the Mastercard deal fits into a broad effort to net more retail spending. Advertisers spend lavishly on Google to glean valuable insight into the link between digital ads a website visit or an online purchase. It’s harder to tell how ads influence offline behavior. That’s a particular frustration for companies marketing items like apparel or home goods, which people will often research online but walk into actual stores to buy.

That gap created a demand for Google to find ways for its biggest customers to gauge offline sales, and then connect them to the promotions they run on Google. “Google needs to tie that activity back to a click,” said Joseph McConellogue, head of online retail for the ad agency Reprise Digital. “Most advertisers are champing at the bit for this kind of integration.”

Initially, Google devised its own solution, a mobile payments service first called Google Wallet. Part of the original goal was to tie clicks on ads to purchases in physical stores, according to someone who worked on the product. But adoption never took off, so Google began looking for allies. A spokeswoman said its payments service was never used for ads measurement.

Since 2014, Google has flagged for advertisers when someone who clicked an ad visits a physical store, using the Location History feature in Google Maps. Still, the advertiser didn’t know if the shopper made a purchase. So Google added more. A tool, introduced the following year, let advertisers upload email addresses of customers they’ve collected into Google’s ad-buying system, which then encrypted them. Additionally, Google layered on inputs from third-party data brokers, such as Experian Plc and Acxiom Corp., which draw in demographic and financial information for marketers.

But those tactics didn’t always translate to more ad spending. Retail outlets weren’t able to connect the emails easily to their ads. And the information they received from data brokers about sales was imprecise or too late. Marketing executives didn’t adopt these location tools en masse, said Christina Malcolm, director at the digital ad agency iProspect. “It didn’t give them what they needed to go back to their bosses and tell them, ‘We’re hitting our numbers,’” she said.

Then Google brought in card data. In May 2017, the company introduced “Store Sales Measurement.” It had two components. The first lets companies with personal information on consumers, like encrypted email addresses, upload those into Google’s system and synchronize ad buys with offline sales. The second injects card data.

It works like this: a person searches for “red lipstick” on Google, clicks on an ad, surfs the web but doesn’t buy anything. Later, she walks into a store and buys red lipstick with her Mastercard. The advertiser who ran the ad is fed a report from Google, listing the sale along with other transactions in a column that reads “Offline Revenue” — only if the web surfer is logged into a Google account online and made the purchase within 30 days of clicking the ad. The advertisers are given a bulk report with the percentage of shoppers who clicked or viewed an ad then made a relevant purchase. Mastercard’s spokesman said the company does not view data on the individual items purchased inside stores.

It’s not an exact match, but it’s the most powerful tool Google, the world’s largest ad seller, has offered for shopping in the real world. Marketers once had a patchwork of consumer data in their hands to triangulate who saw their ads and who was prompted to spend. Now they had far more clarity.

Google’s ad chief, Sridhar Ramaswamy, introduced the product in a blog post, writing that advertisers using it would have “no time-consuming setup or costly integrations.” Missing from the blog post was the arrangement with Mastercard.

Early signs indicate that the deal has been a boon for Google. The new feature also plugs transaction data into advertiser systems as soon as they occur, fixing the lag that existed previously and letting Google slot in better-performing ads. Malcolm said her agency has tested the card measurement tool with a major advertiser, which she declined to name. Beforehand, the company received $5.70 in revenue for every dollar spent on marketing in the ad campaign with Google, according to an iProspect analysis. With the new transaction feature, the return nearly doubled to $10.60.

“That’s really powerful,” Malcolm said. “And it was a really good way to invest more in Google, frankly.”

But some privacy critics derided the tool as opaque. EPIC submitted a complaint about the sales measuring tack to the U.S. Federal Trade Commission last year. A report in August that Facebook Inc. was talking with banks about accessing information for consumer service products sparked similar criticism. For years, Facebook and Google have worked to link their massive troves of user behavior with consumer financial data.

And financial companies have plotted ways to tap into the bounty of digital advertising. The Google tie-up isn’t Mastercard’s only stab at minting the data it collects from customers. The company has built out its data and analytics capabilities in recent years through its consulting arm, Mastercard Advisors, and gives advertisers and merchants the ability to forecast consumer behavior based on cardholder data.

Ad buyers that work with Google insist that the company is careful to maintain the walls between transaction information and web behavior, keeping any info flowing to retailers and marketers anonymous. “Google is really strict about that,” said Malcolm.

Before launching the product, Google developed a novel encryption method, according to Jules Polonetsky, head of the Future Privacy Forum, who was briefed by Google on the product. He explained that the system ensures that neither Google nor its payments partners have access to the data that each collect. “They’re sharing data that has been so transformed that, if put in the public, no party could do anything with it,” Polonetsky said. “It doesn’t create a privacy risk.”

Google’s ad business, which hit $95.4 billion in 2017 sales, has maintained an astounding growth rate of about 20 percent a year. But investors have worried how long that can last. Many major advertisers are starting to funnel more spending to rival Amazon, the company that hosts far more, and more granular, data on online shopping.

In response, Google has continued to push deeper into offline measurements. The company, like Facebook and Twitter Inc., has explored the use of “beacons,” Bluetooth devices that track when shoppers enter stores.

Some ad agencies have actively talked to Google about even more ways to better size up offline behaviors. They have discussed adding features into the ads system such as what time of day people buy items and how much they spend, said John Malysiak, who runs search marketing for the Omnicom agency OMD USA. “We’re trying to go deeper with Google,” he said. “We’d like to understand more.” Google declined to comment on the discussions.

Read More:Google Is Building A Large, Mysterious Building In Middle Of The Desert