The first earthquake hit Greece at 8.12am BST, registering 5.1 magnitude.

It struck near the town of Kardítsa, 144 miles from the capital of Greece.

Just over an hour later another strong earthquake hit the same region. It registered 4.4 magnitude.

One said the earthquake “started with a 1-3 second roar and another 6-8 seconds of rumbling. Light fixtures swaying for at least 1-2 minutes afterwards.”

Another said: “I was sleeping and suddenly I felt a strong quake and woke up.”

A third said the quake was “extremely strong”.

Seismologist Emmanuel Scordilis said it was the biggest earthquake in recorded history to strike the region. 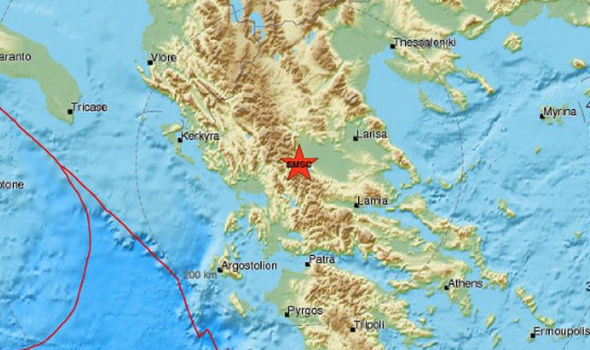 A fifth said: “Huge quake even though I was so far it was very strong! Hope everyone is OK!”

No damage or injuries have been reported by officials.

Read More:Vesuvius Reawakens As Italy Struck With Magnitude 5.2 And Aftershocks