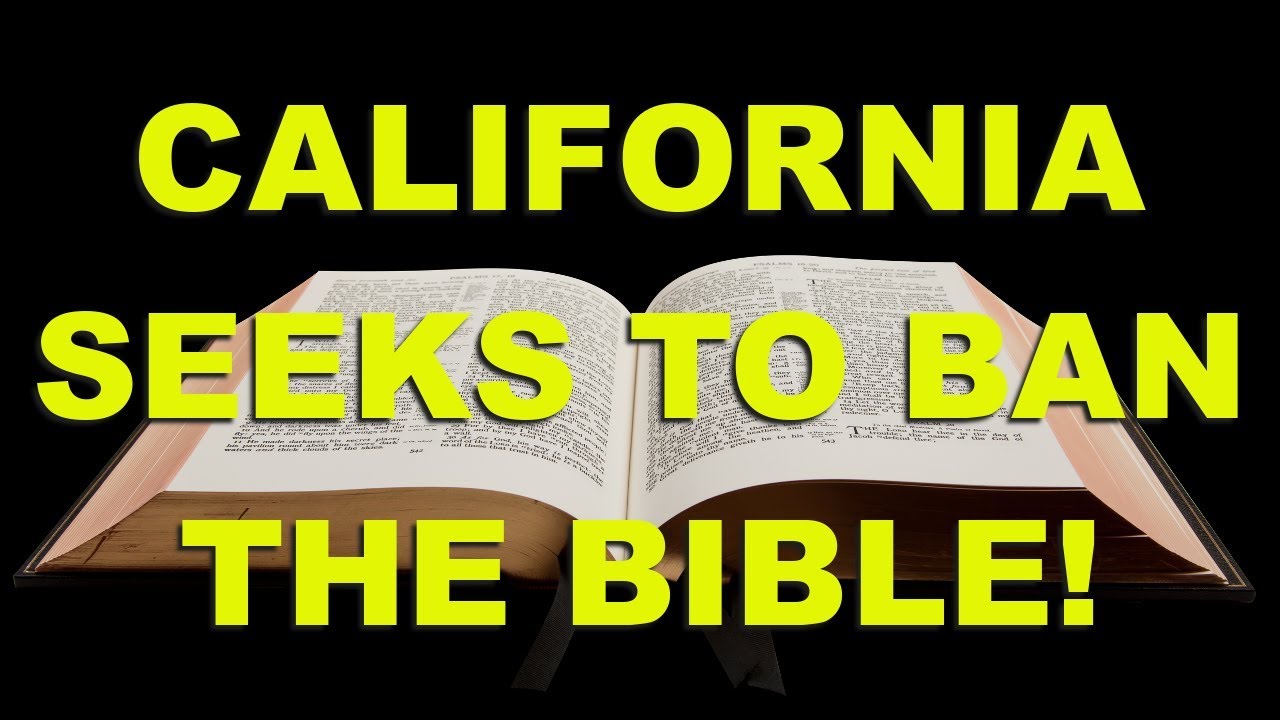 Pro-family activists in California are asking citizens to urge Democratic Gov. Jerry Brown to veto a bill some critics say would effectively ban the sale of the Bible in the state.

AB 2943 classifies as “consumer fraud” any financial transaction – such as selling a book or charging for a seminar – related to counseling people to overcome same-sex attractions.

The bill has been disputed hotly for months and last month was delayed voluntarily in the state Senate. But now the Senate has voted 25-11 to adopt it, sending it back to the Assembly where Senate changes must be approved.

It then could go to the governor.

The legislation comes amid the release of a Liberty Counsel study showing that such therapies overwhelmingly are effective.

The study is “Effects of Therapy on Religious Men Who Have Unwanted Same-Sex Attraction,” and authors Paul Santero, Neil Whitehead and Dolores Ballesteros, all PhDs, found the American Psychological Association and other organizations “have formally claimed that sexual orientation change therapies should not be used because they are probably ineffective and may cause harm.”

“A survey asking for negative and positive experiences of 125 men with active lay religious belief who went through sexual orientation change efforts (SOCE) strongly conflict with those claims. In our study, most of those who participated in group or professional help had heterosexual shifts in sexual attraction, sexual identity and behavior with large statistical effect sizes, similarly moderate-to-marked decreases in suicidality, depression, substance abuse, and increases in social functioning and self -esteem. Almost all harmful effects were none to slight.”

The results, Liberty Counsel explained, “strongly refutes claims the American Psychological Association and other organizations have made aimed at discouraging counsel to change unwanted same-sex attractions, behavior, and identity.

The organization has filed multiple lawsuits over local and region restrictions that are similar elsewhere in the nation.

But the activists at SaveCalifornia.com have called the plan “unconstitutional” and “un-American.”

Several organizations have promised lawsuits if it is signed into law.

“Authored by eight homosexual-activist Democrats, AB 2943 would, for all practical purposes, prohibit California adults from choosing to obtain professional, expert counseling to help them overcome their unwanted homosexual desires or gender confusion,” said a SaveCalifornia.com report.

Specifically, it would call “an unlawful practice prohibited under the Consumer Legal Remedies Act” anything to advertise, offer for sale, or sell services “constituting sexual orientation change efforts.”

The group warned it also would “censor the religious speech of churches, para-church ministries, and pastors if they hold a conference or event or sell a book about overcoming same-sex desires.”

The Alliance Defending Freedom also has opposed the proposal.

“At its core, AB 2943 outlaws speech, whether offered by a licensed counselor, a best-selling author, or even a minister or religious leader,” ADF said. “It targets a specific message – that an adult who is experiencing unwanted same-sex attraction or gender identity confusion can find help to address those issues – for censorship. The breadth of this censorship is staggering.”

At its widest reach, it would forbid stores, including websites such as Amazon, from selling books “challenging gender identity ideology and advocating that these beliefs should be rejected by society.”

“How can any legislator voting for this call themselves pro-choice when they’ve voted to wipe out a person’s own choice of a counselor?” asked Randy Thomasson, president of SaveCalifornia.com. “How can any legislator voting for AB 2943 say they support religious freedom when they’ve just threatened church bookstores that sell self-help books about overcoming unwanted same-sex desires? AB 2943 is anti-free-speech, anti-religious-freedom, anti-free-choice, and has no place in a free society. This intolerant bill contains no exemption and no protection at all for religious entities.”

He warned that the U.S. Supreme Court already decided in NIFLA v. Becerra that the free-speech rights of organizations and professionals need to be protected.

WND reported when Gov. Mike Huckabee, now a news commentator, warned of “a terrible storm that’s brewing on the horizon.”

It would ban counseling, conferences and even printed materials that advocate for ways to get rid of unwanted same-sex attractions. And several experts have not only confirmed the vaguely written proposal could ban sales of Bibles, but one ministry has announced it will no longer hold its conferences in the state.

“You may have heard the news or seen the reports, but people of faith in California are bracing for one of the most dramatic ideological shifts away from the First Amendment in our nation’s history,” Huckabee said. “It’s the kind of storm that destroys the foundations of liberty and a free society.”

“But it’s FAR more reaching than that,” he said. “This means the sale of ANY book that states the practice of homosexuality or transgender identification as immoral actions would be illegal in California. … This could include the Bible!”

He said sponsors deny it, but the “legal experts agree that AB 2943 is so broadly worded in its description of prohibited activities that it can easily be interpreted to stop the sale goods and services that promote a biblical worldview!”

He warned, “This is a massive attack on Christianity. It should alarm us that the constitutional problems inherent in the bill were not obvious to those in the California Assembly.”

WND reported a Colorado-based Christian group canceled conferences it planned to hold in the Golden State and instead will send students to “other states where we can tell them the truth.”

He called the wording of the bill “a dog whistle to the left that intelligent Christians holding traditional views are fair game for discrimination, smears and frivolous lawsuits.”

His group, he said, for 55 years has held conferences at its headquarters in Manitou Springs, Colorado, and across the nation, “training nearly a half-million young Christians to become leaders in their schools, communities, churches, families and country.”

Summit Ministries, however, canceled its June 10-23 and June 24-July 7 sessions at Biola University near Los Angeles “due to concerns that California will forbid some of what it teaches.”

Myers said his group’s speakers are “leading Christian experts who base their presentations on theology as well as sociology, psychology and science.”