Satan worshippers turned out to cheer the unveiling of a bronze statue dedicated to a goat-headed winged creature called Baphomet in Little Rock, Arkansas.

The Satanic Temple organisation arranged the rally outside the Arkansas State Capitol building to protest a Ten Commandments monument already on the grounds.
Read more

Religion and Marxism could coexist in the modern world
In Jerusalem, three religions collide and violence is never far away
Atheists gather together to help homeless people in South Carolina
Tolerating other religions is ‘serving Satan’, says air force chaplain

Although the striking, eight-and-a-half foot tall icon was only allowed to be on display temporarily, Satanists argued they should be allowed to erect the winged goat effigy on a permanent basis under freedom of religion rights outlined in the US constitution.

Satanic Arkansas cofounder Ivy Forrester, one of the rally organisers, said: “If you’re going to have one religious monument up then it should be open to others, and if you don’t agree with that then let’s just not have any at all.”

The display inspired a counter protest by Christian activists, while a leading Republican politician in the state condemned the Satanic icon as “offensive”.
Religion vs science: can the divide between God and rationality be reconciled?

Not one of Arkansas’ legislators responded to a letter sent by the Satanic Temple urging them to make Baphomet a lasting feature in Little Rock, according to KATV News.

NEW: Satanists plan to bring a 8½ foot tall bronze statue of Baphomet to the Arkansas State Capitol for the “Satanic Temple’s Rally for the First Amendment” from 1-3 pm. @KATVNews is told that it’s to support the First Amendment and religious plurality #arnews #arpx 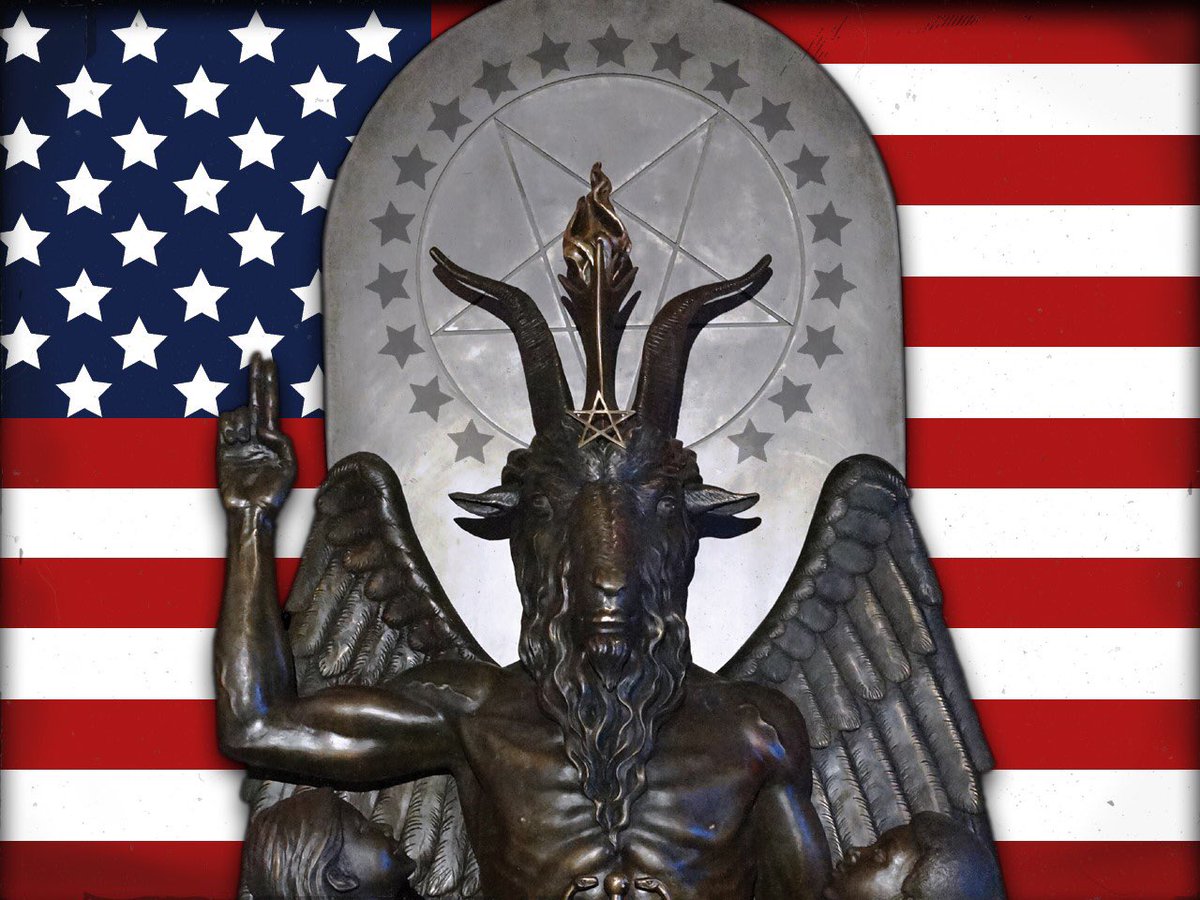 The Ten Commandments monument was first put up last year after a bill sponsored by Republican senator Jason Rapert was passed.

Mr Rapert said he respected the Satanic protesters’ First Amendment rights to practice their religion, but also described them as “extremists”.

The state senator said: “It will be a very cold day in hell before an offensive statue will be forced upon us to be permanently erected on the grounds of the Arkansas State Capitol.”

Atheists also attended Thursday’s rally at the grounds of the state capitol building, with several speakers arguing the existing biblical monument violated the separation of church and state.

A similar Ten Commandments statue was installed on the grounds of the Oklahoma State Capitol, but in 2015 the state’s supreme court ruled it should be removed. Judges decided it violated the state constitution’s ban on the use of state property for religious purposes.

The Satanic Temple has attempted to sue the state of Arkansas over its own monument, citing religious discrimination.

The group tried to join a case already brought against the state by the American Civil Liberties Union (ACLU), but the ACLU asked the court to bar the religious organisation’s intervention.

The rally was mainly peaceful, but police did escort one yelling counter protester away from the speakers’ stage.