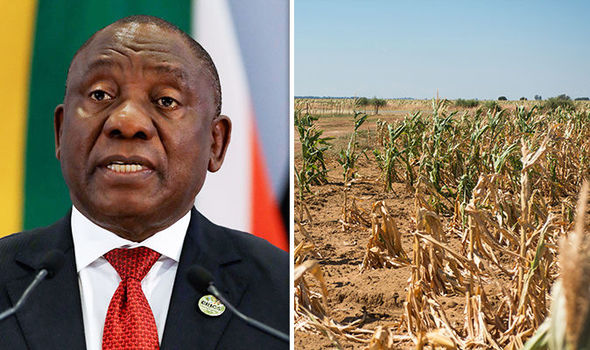 Now a lobby group claims to obtained a list of 195 farms “identified for this purpose”, reigniting the controversy over the proposals.

The AfriForum group said the document was being circulated by ministers as the government prepares to implement the policy.

But the Department of Rural Development and Land Reform denied the list was real.

A spokeswoman for the department told News24: “We don’t know where they got it from. There is no truth to this document.”

He said: “The problem is this strategy of secrecy. The department has to prove they are acting in good faith.”

He insisted the list was “definitely being circulated” and said he received it from a “confidential source”.

The proposal was announced by South African president Cyril Ramaphosa

The issue of land ownership remains a highly emotive subject in South Africa more than two decades after the end of apartheid.

According to the government, 72 percent of private land is owned by white people, with just four per cent owned by black people.

Other racial groups account for the other 24 percent of land. 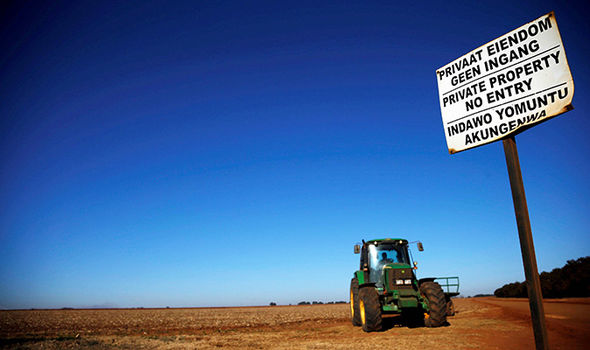 The list of farms is reportedly being circulated by ministers (Image: REUTERS)

He said: “We’re really heading for a state of anarchy if something doesn’t change drastically. There are places where the police simply refuse to act.

“They don’t know the law well enough or refuse to apply it to logical reasoning when it comes to defending people’s property rights.”

Other experts fear the proposals could threaten the country’s food security and slow down economic growth.

Mr Ramaphosa has played down these fears, saying: “There is no need for any one of us to panic and start beating war drums.”

Read More:University Of San Francisco To Hold A ‘Black Only’ Orientation To ‘Address The ‘Specific Needs Of Black Students’