The University of Utah Seismograph Station, which is responsible for the operation and analysis of the Yellowstone Seismic Network, revealed 153 earthquakes hit the Yellowstone National Park region in July.

According to the United States Geological Survey (USGS), the largest quake had a magnitude of 2.5 and was part of a small sequence of 12 earthquakes.

A larger sequence of 77 earthquakes occurred 14 miles south-southwest of Mammoth in Wyoming during the time period between July 16 and 27.

The largest earthquake was a micro earthquake of magnitude 2.3 which struck on July 24 at 8:40pm.

Larger earth sequences like these are fairly common and they account for roughly half of the total seismic activity in the Yellowstone National Park.

The USGS also revealed that steamboat geysers remained active in July, with eruptions on July 6 and 20. 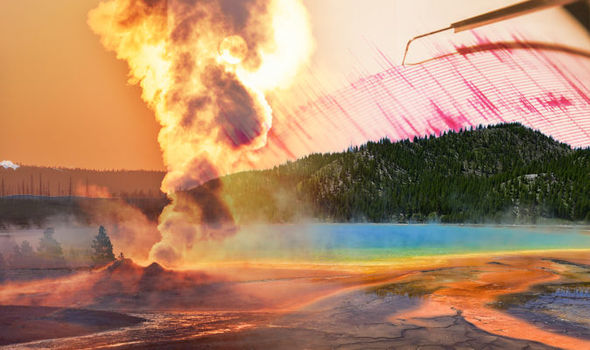 There have been dozens of earthquakes in Yellowstone in July (Image: GETTY )

Yellowstone Volcano Observatory scientists are also continuing to assist colleagues in Hawaii with the response to the ongoing crisis at Kīlauea Volcano.

The Yellowstone super volcano is one of the most dynamic sites in the world and was was closed on July 10 after park authorities found cracks in the rock.

Although the super volcano has not seen an active eruption in 664,000 years, scientists are monitoring it constantly. 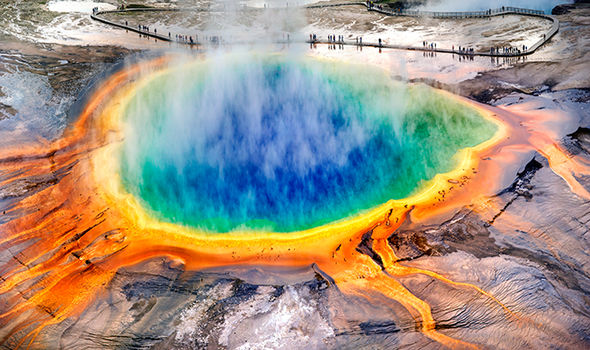 Yellowstone National Park is located in Wyoming towards the west of the US (Image: GETTY)

A super volcano is thousands of times more powerful than a normal volcano and could result in changes across the globe.

Scientists even believe that an eruption would eject 240 cubic miles of material and a pyroclastic flow would cause volcanic ash to be ejected miles into the air and scattered across the whole of the United States.

This sheer volume of ash would be devastating and could kill people, plants, animals and even crush buildings and flatten cities. 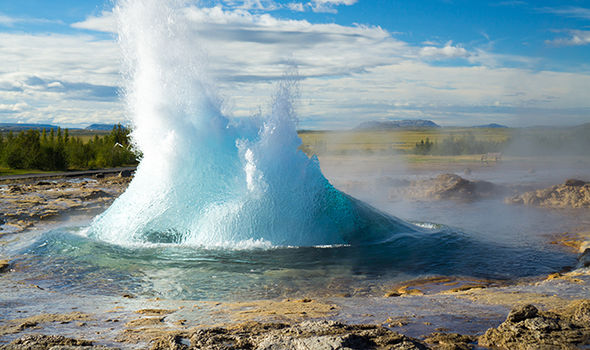 Yellowstone is the site of the largest and most diverse collection of natural thermal features and is one of five USGS volcano observatories that monitor volcanoes for science and public safety.

As well as being situated on the Snake River Plain-Yellowstone hotspot, an area of tectonic activity, the region also has an abundance of hot springs and deep mud pools that gather liquid and gas beneath the surface.

Because of this, small quakes are a frequent occurrence in Yellowstone, which is typically hit by 1,000 to 3,000 quakes a year, according to the National Park Service.