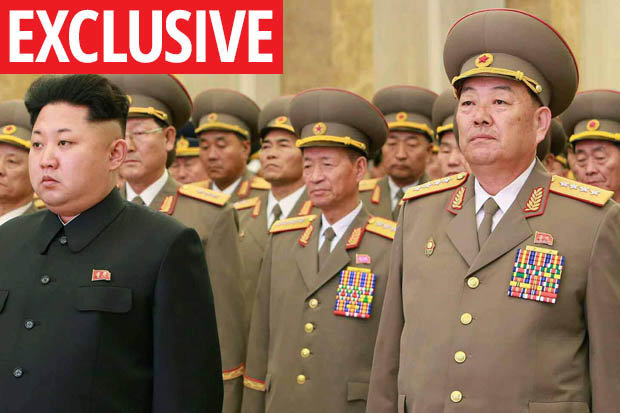 Dictator Kim Jong-Un wants to create an army of super soldiers who will obey his every command. Genetic scientists have spent billions on a secret cloning programme started by Kim’s grandfather more than 30 years ago.

Now intelligence experts believe the 35-year-old tyrant wants to create perfect copies of both his father Kim Jong-il, grandfather Kim II-Sung, the founder of the modern state, and other family members – which could include himself.

MI6 believes the secretive Communist state has already cloned cats, dogs and horses – and has been experimenting on human embryos for at least 10 years.

Senior spooks working alongside the US intelligence agency the CIA have uncovered information suggesting human cloning has taken place at two secret laboratories.

THE JONG ONES: Kim’s army

One lab is based outside the North Korean capital Pyongyang and the other is thought to be on a Caribbean island.

A senior intelligence official told the Daily Star Sunday that North Korean scientists have been conducting genetic experiments on humans for years.

The source said: “Prisoners have been used in cloning and other terrible experiments for years. Kim is obsessed with human cloning. He has been attempting to grow human tissue, organs and clone embryos. He believes he can live forever by making clones of himself.

“Human cloning is very advanced on the Korean peninsular. Both the North and the South have been experimenting for decades. What we don’t know is whether they have had any success. 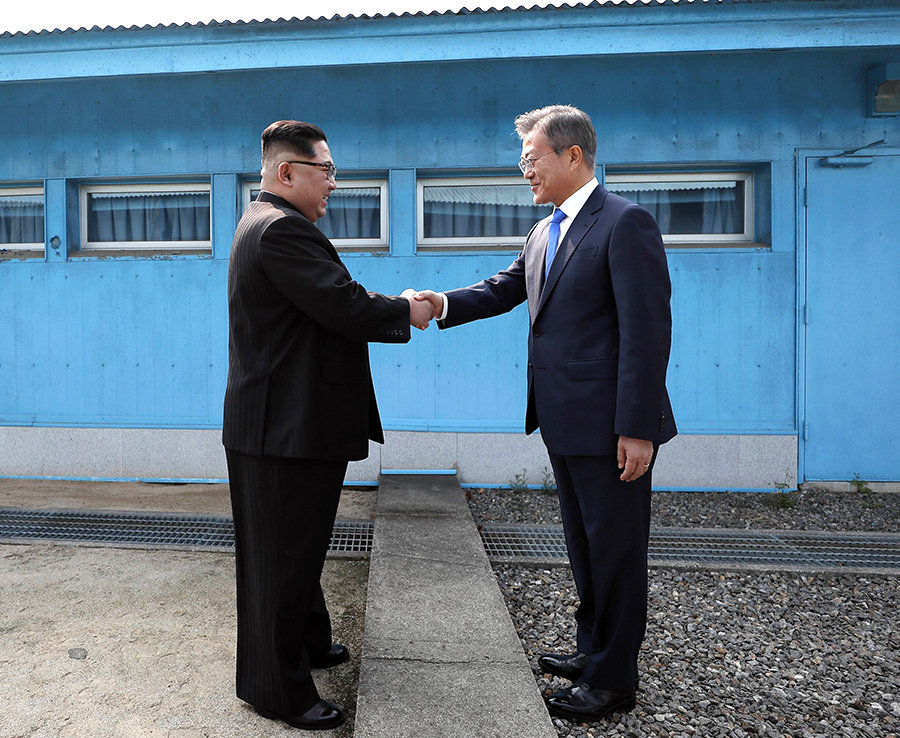 “Kim Jong-Un is obsessed with the idea of recreating his grandfather. He wants to bring him back to life to demonstrate to the people the enormity of his power.

“Human cloning is probably the only area of science where North Korea leads the world but it is very secret.

“Almost all of the intelligence comes from people who worked in the labs and managed to defect.

“For all we know, they may have already achieved it.”

Trump says he has a ‘special relationship’ with Kim Jong Un

In theory, human cloning could produce an identical copy of a living person whose body parts could be used to replace organs such as heart, liver and kidneys.

There is no worldwide ban on human cloning although in at least 70 countries around the world, including the UK, it is illegal.

Both South and North Korea have a controversial history with cloning.

Laboratories in South Korea will clone family pets, such as dogs and cats for around £80,000.

A spokesman for the North Korean embassy refused to comment.