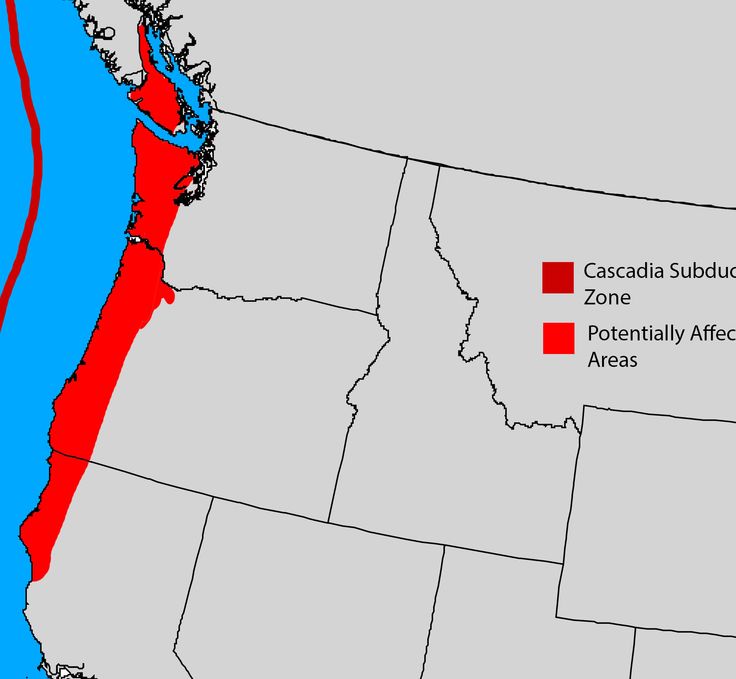 A swarm of earthquakes shook the Cascadia Subduction Zone off of the Oregon coast on Sunday morning shortly after 9:00 a.m., according to U.S. Geological Survey (USGS). The swarm marks the second in just a 5-day span giving fair warning to coastal residents that the Big One could hit anytime.

After a string of almost a dozen minor quakes last week, the waters off the southern Oregon coast – approximately 280 miles west of Florence, Oregon – rumbled with yet another M5.3 quake on Sunday morning, at 9:10 a.m. and was followed by a series of 4 aftershocks:

There was no tsunami alert issued, and there are only 10 reports of it being felt on land. The quake was about seven miles beneath the sea floor.

The swarm marks the second in just a 5-day span giving fair warning to coastal residents who have already been warned as early as 2015 by a Federal Emergency Management Agency (FEMA) official that “everything west of Interstate 5 will be toast” from a mega-tsunami if indeed the big one hits.

Experts fear a mega-tsunami could be headed to the west coast in the near future as the fault is ‘overdue’ for the big one. Residents should remain vigilant.

A string of 10 quakes happened Tuesday morning, mostly about 125 miles west of Gold Beach. The largest was a 5.6 magnitude.

Read More:Is This IT?! More Than 150 Tremors Under Vancouver Island In The Last 24 Hours, Cascadia Fault Being HEAVILY Monitored; ‘It’s NOT A Typical Earthquake Signature’