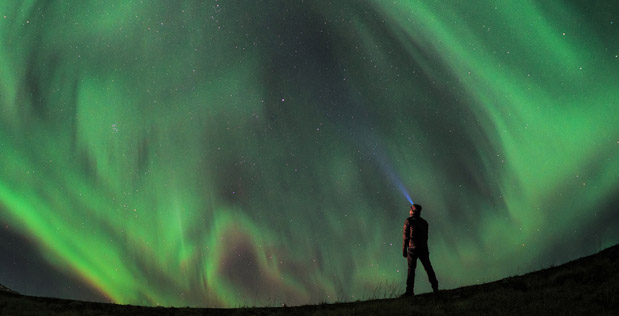 According to the Pentagon’s top research and development lab, the U.S. military is seeking to improve the precision and accuracy of space weather forecasts to meet those of terrestrial weather forecasting capabilities.

“We currently have capability to predict and track big space weather events like sunspots, coronal mass ejections, or solar winds that can wreak havoc on critical space assets in higher space orbits. But we can’t make one-hour to 72-hour predictions of local, smaller space environment disturbances close to the Earth, from magnetic substorms to auroral-E, which can interfere with a host of ground- and space-based assets.

“Current operational preparation of the battlespace includes terrestrial weather forecasts for the next three days. Our goal is to provide the same fidelity in space environment forecasts that would be operationally and tactically relevant to a commander.”

First, the SEE program will seek the creation of modern “space environment physics model” using artificial intelligence, graphics processing units, and tensor processing units. Such a model would be higher resolution than ever created before, based on modern physical science theory.

Second, the program seeks to develop ground- and space-based sensing concepts to make “space environment predictions.” Again, this will involve the use of AI to extend the life of satellite measurements and the number of satellites “virtually.”

The DARPA announcement doesn’t specify why the military is so interested in space weather in low-Earth orbit. However, it coincides with reports that the defense research lab is seeking rapid-turnaround rockets that can reach low orbit, as well.

Read More:Since 2010, Earth Has Had A ‘Planetary Ambassador’ Appointed By The UN

Read More:‘Flag Of Planet Earth’ Features Sacred Geometry, The Coming Together Of The One World System Under The Anti-Christ