Developers at DS Doll are making advanced sex robots with artificial intelligence (AI) and full body movement at their workshop and factory in Dalian, a port city in north-east China.

The firm, one of China’s leading sex doll manufacturers, is about to release the first generation of its cyborg companion that can be “mass produced” and sold to customers across the world.

The team of researchers behind DS Doll’s sex robot has started to implement advanced manufacturing techniques to increase the speed and efficiency of production.

DS Doll marketing manager Sam told Daily Star Online that 3D printing is one method the company has adopted to make parts for the sex robots.

“DS Doll is using the 3D printer to make many parts for the robotic doll prototypes, said Sam, who works for Cloud Climax, the flagship DS Doll reseller in Europe and the UK.

“They are using this technology to improve on the speed and processing times for making improvements to the doll robots.

“Whilst previously casts would need to be made and then moulds, we can now input and print in a much faster time.”

To print an object, 3D designs created on computer software are uploaded to the machine, often via a memory stick, which builds the material layer-by-layer.

“They can be developed from a real human”

The final product is made up of thousands of layered miniscule slices of raw material in a process called additive manufacturing.

Sam said the 3D printing technology operated by DS Doll has the capability to make sex robot replicas of humans by scanning their full body into the software.

He said: “The 3D printer works by developing the shape of the particular part in the computer software and then transferring to the printer.

“It is also connected to a 3D scanner which can be used to scan in the body of a full person as well as prototype parts for replication.

“This type of technology is excellent for creating new doll bodies and faces as they can be developed from a real human.”

Sam believes 3D printing will became an integral part of the manufacturing process given its laser-guided accuracy and economic efficiency. 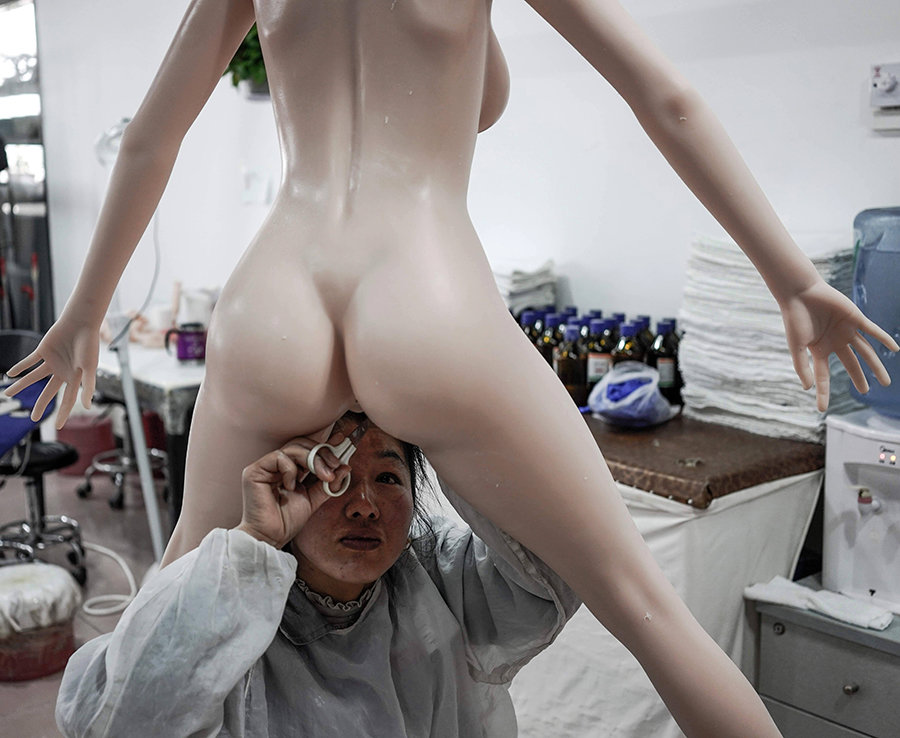 He added: “Using 3D printing streamlines the process of making intricate parts for the robots and means that all parts will be 100% identical.

“It is inevitable that this technology will become a large part of making robotic products in the foreseeable future for DS Doll.”

Sam has previously said that DS Doll can create sex robots with a “good likeness” of a person they are “looking to replicate”, but stressed they would need permission.

Cloud Climax has received enquiries about “sex dolls based upon celebrities”, he said.

WWE wrestlers, superheroes and Hollywood actors and actresses are among the most popular requests.

DS Doll does not actually sell celebrity sex dolls or robots due to copyright infringement issues.

Celebrities would need to give their consent to any company intending to copy their image in sex robot form.

Dr David Levy, author of Love and Sex with Robots, has said there will “absolutely” be a demand for celebrity sex robots.

Vist www.dsdollrobotics.com to check out sex robots made by DS Doll.

Read More:Digisexual: Experts Warn That Soon There Will Be Folks Who ONLY Sleep With Dolls

Read More:Pedophilia As A Disorder That Can Be Treated: Scandinavian Experts Encourage The Use Of Child-Like Sex Dolls To Combat Abuse