Forecasters at the National Oceanic and Atmospheric Administration says there is a 65 percent chance that a geomagnetic storm could take place on Earth on July 24.

If it does, Earth could experience a blackout of electricity, GPS and mobile phone signal.

SpaceWeather says: “The gaseous material is flowing from a large hole in the sun’s atmosphere.

“This is a ‘coronal hole’, a vast region in the sun’s atmosphere where magnetic fields open up and allow solar wind to escape.

“They look dark in ultraviolet images because the hot glowing plasma normally contained there is missing. In this case, the plasma is making a beeline for Earth.”

The solar storm could result in Southern or Northern Lights – or aurora australis and aurora borealis – depending on which hemisphere the solar winds hit.

As the magnetosphere gets bombarded by solar winds, stunning blue lights can appear over the upper reaches of the Northern hemisphere and the lower parts of the southern hemisphere.

However, the consequences could be far more serious than the appearance of the Northern or Southern Lights. 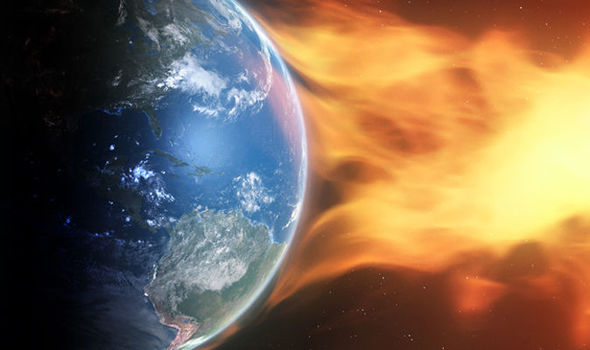 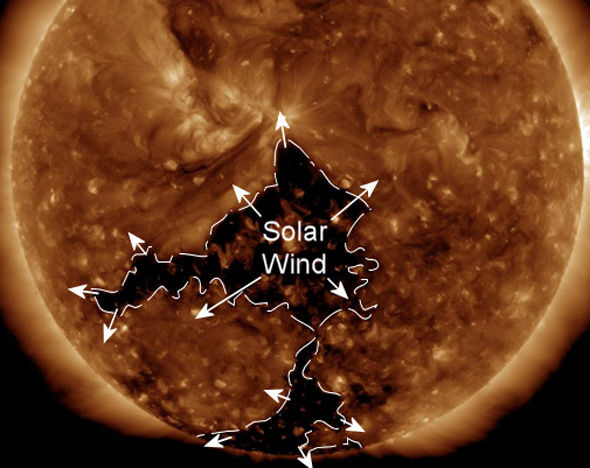 For the most part, the Earth’s magnetic field protects humans from the barrage of radiation, but solar storms can affect satellite-based technology.

Solar winds can heat the Earth’s outer atmosphere, causing it to expand.

This can affect satellites in orbit, potentially leading to a lack of GPS navigation, mobile phone signal and satellite TV such as Sky.

Additionally, a surge of particles can lead to high currents in the magnetosphere, which can lead to higher than normal electricity in power lines, resulting in electrical transformers and power stations blow outs and a loss of power.