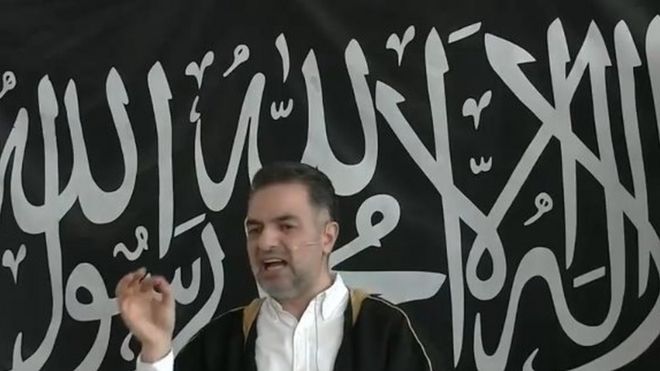 Danish prosecutors on Tuesday charged an imam with calling for the killing of Jews in the first case of its kind in the Nordic nation and which sparked political outrage.

Imam Mundhir Abdallah, who preaches in the Copenhagen neighbourhood of Norrebro at the Masjid Al-Faruq mosque, which media have linked to radical Islam, is accused of citing a hadith or koranic narrative calling for Muslims to rise up against Jews.

“These are serious statements and I think it’s right for the court to now have an opportunity to assess the case,” public prosecutor Eva Ronne said in a statement.

This is the first time the prosecution has raised such charges under a criminal code introduced January 1 2017 on religious preaching.

Ronne said it’s legal to quote religious books like the Koran and the Bible, but that inciting or welcoming the killings of people could be punishable by up to three years in prison.

“It has always been illegal to accept killings of a certain group of people, but it’s new for us to target hate preachers,” she added.

The case will be brought before the Copenhagen district court but no trial date has been set, the prosecution said.

The Jewish community, which in May filed a complaint over the imam’s speech, welcomed the prosecution’s decision to press charges.

The community’s head Dan Rosenberg Asmussen, told the Danish broadcaster TV2 that “there was no doubt about the intentions” of the imam’s statement.

“It was deeply worrying,” Rosenberg added.

Minister of immigration and integration, Inger Stojberg, who has been outspoken against Islamic practises in Denmark, has described the imam’s address as “horrible, anti-democratic and abominable”.

According to broadcaster DR, Omar al-Hussein, who was behind a series of shootings at a free-speech conference and a Jewish synagogue in Copenhagen in February 2015 which left two people dead, had visited the mosque the day before going on the rampage.

Denmark published in May a list of six foreigners accused of preaching hatred — five of them Muslim preachers and one Evangelical, banning them for at least two years.

The list includes two Saudis, a Canadian, a Syrian, and two Americans, including pastor Terry Jones who burned copies of the Koran in 2011

Read More:Coincidence? Islam On Track To Be Second Largest Religion By 2040