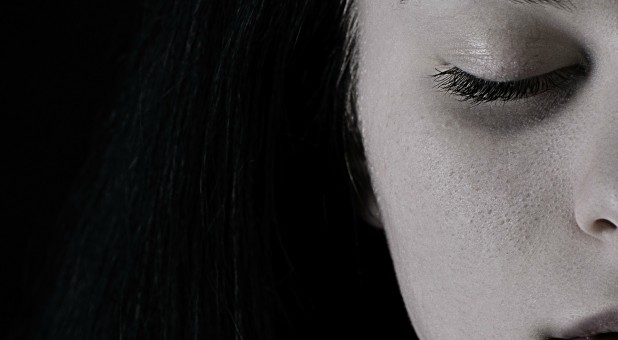 Those are two feelings both Brooke and her mother shared during the height of Brooke’s heroin addiction.

Brooke, a straight-A student born in a wealthy churchgoing family, hated herself for losing control of her life. Her mother, a prominent psychologist of 30-some years, blamed herself.

Neither one saw this coming. Brooke grew up singing in church with her mother. She remembers accepting Jesus Christ as her Lord and Savior at 6 years old. Meanwhile, her mother tried to look out for the best interest of her daughters.

But even the best-intentioned, God-centered parenting meets its match against the realities of everyday life. Brooke started taking Xanax for anxiety after some rough moments during her teenage years. In college, she applied herself equally to making good grades and partying and drinking. She was hospitalized 18 times for what appeared to her mother to be legitimate medical reasons such as pneumonia, bronchitis and kidney issues.

But everything changed after Brooke experienced complications delivering her daughter at age 22. She said the doctor prescribed Dilaudid, a hydromorphone so potent the U.S. National Library of Medicine cautions against letting the liquid form touch your bare skin or clothes. The site also suggests some patients will have to be weaned off the highly addictive opioid.

“That was the beginning of my opiate addiction,” Brooke said. “I was very over-prescribed. All types of pain pills for things that weren’t very serious.”

Additional pain pills weren’t hard to find at her job as a health care professional. She occasionally stole her patients’ medicines. Before she knew it, she was taking 300 milligrams of opioids a day (typically 10 pills of 30mg Roxicodone), and the nerves her opioid abuse had opened screamed at her for more every time the high wore off.

“It was all prescriptions, and then one day I couldn’t get them anymore. Someone told me heroin is the exact same as a pain pill so I said, ‘OK.'” I was addicted at this point. I couldn’t go a day without them or I’d get really sick.”

Think about the worst flu you’ve ever had. Times 100. That’s just a small taste of what opioid withdrawal is like, so heroin, an illegal opioid, seemed like the easiest way to prevent getting sick. At first she snorted it. She remained somewhat functional around her family and friends.

“Apparently I hid it very well, but once I started using the needle, my life got really out of control,” Brooke said.

An intravenous dose of heroin hits the user’s bloodstream immediately, bringing instant relief to all those fired-up nerves. But that little needle also delivered a seemingly unending dose of destruction. Brooke lost her job, her family, her daughter. Her family staged an intervention with her, and she agreed to go to rehab in December 2013.

“It was so surreal, like an out-of-body experience,” Brooke remembered, saying she weighed just 98 pounds then. Her liver was so taxed her skin had turned an ashy gray/green color. “But I was in such denial at that point.”

Her sense of entitlement didn’t do her any favors in rehab. She was kicked out after 10 days. Her mom swooped in, picked her up and took her to the next center. This continued nine more times to the tune of more than $100,000 until finally, her mother realized that she couldn’t fix it.

‘Hardest Thing I’ve Ever Done as a Mom’

During Brooke’s struggles, her mom, Robin, attended help meetings for herself in another town since she was too ashamed to find one locally. She started seeing things she needed to fix in her own life—learning boundaries, for instance, or quelling her desire to fix everything. But she never quit praying for her oldest daughter.

The hardest moment happened after Brooke’s final rehab stint failed. Brooke didn’t want to go back, and Robin couldn’t make her. Robin and Brooke’s dad, often split over how to handle her situation, agreed that Brooke couldn’t come to either of their homes.

“I had to get to that point, and it killed me,” Robin said. “I have this one picture of Jesus leaning over that cliff reaching for the one out of the 99. I prayed with that picture crying so many times that God would please help Brooke when I knew the drugs were running her. I was just waiting for that call [that Brooke fatally overdosed]. God, I know I shouldn’t say that, but I feel like I’m going to get that call, and if I get it, I know You’re going to help me, but I just don’t know if she’s going to live another day.

“And me having to lock my door and say, ‘You cannot come here,’ and not give her any money. She had no money, no food, and she was out there killing herself. I had to let go and give her totally to God so she could get well. That was the hardest thing I’ve ever done as a mom.”

Robin stayed in Brooke’s life during this time, though. It wasn’t unusual for her to visit her daughter at her hotel room with fast food and food cards, things she hoped wouldn’t be used to score more heroin.

“I would sit on the bed with her in her hotel and give her food cards to Burger King where she could walk to get food, and then I would go get in my car and I would cry uncontrollably for 30 minutes before leaving her, knowing I might not see her again.”

‘I Wanted to Just Not Wake Up’

Brooke knew in her heart she wanted to get clean, and she knew she couldn’t do it on her own. She didn’t know what to do. And she felt as though she had let everybody down. Turning to the church seemed out of the question because she was too embarrassed. She had become the person she never thought she’d be. She stole from her family. She was brought up on charges after someone overdosed at her house. She even used her then-boyfriend’s heroin in his hospital room while he recovered from a near-fatal overdose. This wasn’t the life she wanted, either, but she felt stuck.

“I knew the Lord, and that’s what made my addiction so miserable,” Brooke said. “It was just so miserable because I knew better.

“[My mom] commended me to the Lord, and I think I was already kind of dead in my family’s eyes because they had tried for years at the best treatment centers around, but nothing worked. I went to do a shot of heroin to kill myself. I knew how much I was used to doing, and I did like the whole needle. I wanted to just not wake up. I was so miserable and hated myself and felt like such a piece of trash.”

She woke up 24 hours later after some people found her and administered three doses of nalaxone, a nasal spray often called NARCAN that can reverse an overdose. This medicine is often carried and administered by law enforcement officials and emergency personnel, but in 2017, Walgreens and CVS were given the green light to sell it over the counter in 40-some states.

In Brooke’s case, a neighbor had the life-saving third dose that brought her back.

“When I woke up, I remember being in such darkness. It was like a black hole I was sucked in and just oppression and depression. It was like a spiritual fight right there.”

The battle wasn’t limited to Brooke’s area. That same morning she was revived, her mother was in church singing worship when she said she had a vision that demons were choking the life out of her daughter. Robin stopped singing.

“I literally said, ‘In Jesus’ name, get your hands off her. You’re not going to kill my daughter. She belongs to Jesus,”’ Robin said. “I said it several times. I said it emphatically but not really loud. I don’t know if anybody else heard me.”

‘You Can’t Do This Without Jesus’

Two days later, Brooke called her mom from jail. Her drug abuse had landed her behind bars for the sixth time, and the cold-turkey, flu-like detox was yet again unkind.

“God stopped me from going to jail a lot, but that was the only way that I was going to listen and cry out for Him,” Brooke said. “I was so miserable. It really gave me time to sober up and think about what am I doing?

“I made a commitment right then [after hearing her mom’s vision]: God, I’m doing this Your way.”

Brooke knew a quick rehab trip wasn’t the answer so she looked into the Gastonia’s Potters House near Charlotte, North Carolina, which she learned about from another inmate. Client Director Danielle Crowley, a graduate of the 18-month women’s rehabilitation facility, visited Brooke in jail.

“The first thing she said to me, she said, ‘You know you can’t do this without Jesus, right?'” Brooke said.

At the Potters House, the focus is all on Jesus. Newly admitted patients cannot have cellphones or visitors, and even their television access is limited. Director Cindy Marshall, who celebrated her 28th year of recovery this past February, started the Potters House in 2003 as a way to minister to women trying to start a clean life. During the last year, Marshall said the faith-based, nonprofit rehab has seen a 70 percent increase in applicants like Brooke who want to be free of opioid addiction.

At the Potters House, it’s not just about staying clean; it’s about living a brand-new life in Jesus. It’s about declaring God’s promises every day and living them out, spending time every day in God’s Word.

“This is a lifestyle,” Danielle said. “The goal isn’t to be sober. The goal is to change your life, to live a different life. It’s a completely different lifestyle. If you’re willing to go to a quarter of any length you were to get your drugs, then you’ll make it. If you’ll just put that much into it and surrender, you’ll make it.”

Brooke has been at the Potters House for about a year now. She’s learned who she is in Christ, and even though her 6-year-old self never could have seen this coming, she has a passion now for ministering to people, particularly women, dealing with addiction. During the week, Brooke and other residents at Potters House visit a local detox center in Gaston County, North Carolina, to share their testimonies and be an encouragement.

Meanwhile, her mother is learning to share more about her side of the struggle, and it’s clear she’s not alone. Tragically, three people she knows have lost loved ones to overdoses just within the last two years. Robin also has shared her story from the pulpit, talking with one North Carolina church recently.

“The stigma is to admit that your child is an addict or alcoholic,” Robin said. “You feel that it reflects on your parenting and that you had to do something wrong if all these other kids that are there are doing well, so it’s really hard to talk about it. And then I don’t want to break Brooke’s confidence and tell things that she doesn’t want to have told. Satan uses that feeling of shame.”

Brooke was consumed with shame during her opioid abuse, keeping her from the people who most wanted to help her. But now, there’s a radiance that seems to flow from Brooke when she talks about life today. Sitting in the Potters House this past February in a North Carolina hoodie, she couldn’t help but reiterate how grateful she was to be there, a new creation free from her heroin addiction.

“The only thing that’s bigger than addiction is Jesus,” Brooke said. “I can’t imagine living any other way now.”

Read More:Who Takes Over When You Black Out? New Study Concludes That Alcohol Consumption Can Lead To Demon Possession