The giant crack in the Wyoming–based national park has prompted officials to shut down areas from tourists in case of landslides.

WoodTV.com, a US-news site affiliated with NBC, reported: “A 100-foot long fissure has prompted the closing of part of Grand Teton National Park.”

The Grand Teton National Park said in a statement: “The Hidden Falls and Inspiration Point areas are currently closed due to elevated potential for rockfall.

“The area was closed to protect human safety on July 10 after expanding cracks in a rock buttress were detected.

“It is unknown how long the closure will be in effect. Geologists are monitoring the buttress for movement and have initiated a risk assessment for the area.”

It is currently unclear how the crack opened but it is likely due to normal seismic activity in the national park area.

If it was seismic activity beneath Grand Teton which caused the fissure, it could be a sign that Yellowstone is reawakening. 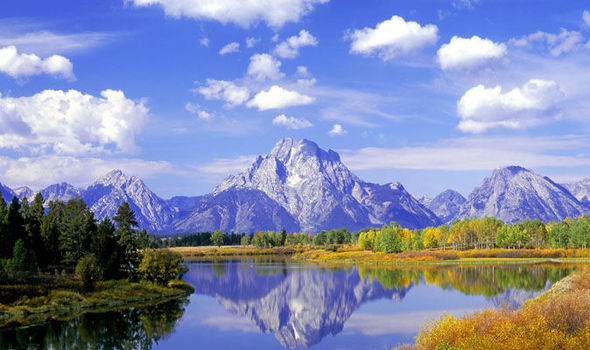 If the Wyoming volcano were to erupt an estimated 87,000 people would be killed immediately and two-thirds of the USA would immediately be made uninhabitable.

The large spew of ash into the atmosphere would block out sunlight and directly affect life beneath it creating a “nuclear winter”.

The massive eruption could be a staggering 6,000 times as powerful as the one from Washington’s Mount St Helens in 1980 which killed 57 people and deposited ash in 11 different states and five Canadian provinces.

If the volcano explodes, a climate shift would ensue as the volcano would spew massive amounts of sulphur dioxide into the atmosphere, which can form a sulphur aerosol that reflects and absorbs sunlight.

Read More:Ground Deformed At Yellowstone As 1500 Quakes Continue Throughout Summer