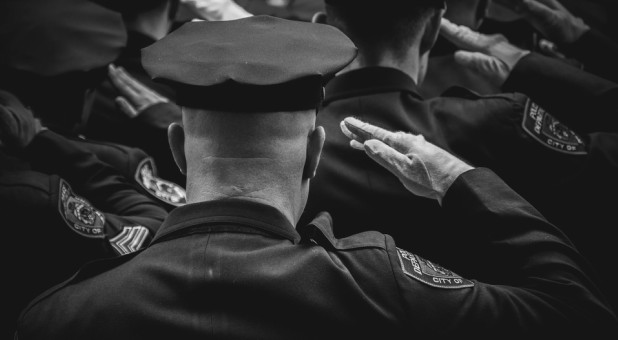 The city council of Ocala, Florida, has decided to fight back after a federal judge ruled that the city and its police chief violated the Constitution by promoting and holding a prayer vigil.

“The government cannot initiate, organize, sponsor or conduct a community prayer vigil,” Judge Corrigan wrote in his order. “That is what happened here.”

The American Humanist Association represented several local residents who were allegedly triggered and suffered microaggressions as a result of the vigil.

The lawsuit claimed the police chief was “reckless and callously indifferent” because of his involvement in the planning and promotion of the event.

The chief and the city were ordered to pay $3 in damages plus attorney fees, Ocala.com reported.

The city council filed a motion to vacate the judgement.

Mayor Kent Guinn told Fox News that about 600 people showed up to pray “for the children that got shot in the drive by shooting.”

Renowned evangelist Franklin Graham said prayer is a basic human right and public employees should be able to petition the Almighty.

“George Washington prayed, Abraham Lincoln prayed, and other presidents have called on God publicly in times of war or crisis,” the president of the Billy Graham Evangelistic Association and Samaritan’s Purse tweeted.

“Police departments shouldn’t be endorsing religion, yet that’s exactly what the Ocala Police Department did here by sponsoring and promoting a prayer vigil,” he said in a statement.

It really takes a perverted kind of reprobate to sue a police department for participating in a prayer vigil.