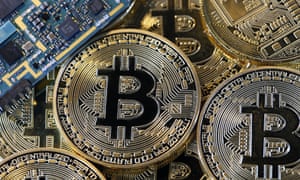 There has been a sharp drop in the price of bitcoin and other virtual currencies after South Korean cryptocurrency exchange Coinrail was hacked over the weekend.

A tweet from Coinrail confirming the cyber-attack sent the price of bitcoin tumbling 10% on Sunday to two-month lows.

The world’s best-known cryptocurrency lost $500 (£372) in an hour, dropping to $6,627 on the Luxembourg exchange Bitstamp, while most other digital currencies also recorded large losses.

Cryptocurrencies have a mysterious allure – but are they just a fad?

The latest attack highlights the lack of security and weak regulation of global cryptocurrency markets.

Coinrail later said in a statement on its website that its system was hit by “cyber intrusion” on Sunday, causing a loss for about 30% of the coins traded on the exchange. It did not quantify the value, but the local Yonhap news agency estimated that about 40bn won (£27.8m) worth of virtual coins was stolen.

Coinrail said: “Seventy percent of total coin and token reserves have been confirmed to be safely stored and moved to a cold wallet [not connected to the internet]. Two-thirds of stolen cryptocurrencies were withdrawn or frozen in partnership with related exchanges and coin companies. For the rest, we are looking into it with an investigative agency, related exchanges and coin developers.”

Police have begun an investigation, according to the Korea Herald, which cited a spokesperson as saying: “We secured the access history of Coinrail servers and we are in the process of analysing them.”

South Korea is one of the world’s major cryptocurrency trading centres, and is home to one of the busiest virtual coin exchanges, Bithumb.

There have been a series of thefts from cryptocurrency exchanges in recent months. Japan’s Coincheck was hacked in January, with more than $500m-worth of digital currency stolen. It started reimbursing customers in March, but faces two class-action lawsuits. In December, the South Korean exchange Youbit shut down and filed for bankruptcy after being hacked twice.

Naeem Aslam at online trading platform ThinkMarkets said: “The question is: is there any limit to these hacks? After every few months, we are seeing the same pattern emerging. This is the result of loose regulatory control and regulators must step in to protect the consumers. Anyone who wants to do anything with exchanges should be forced to adopt high-grade security and regular security upgrades.”

Analysts said bitcoin volatility was fading, after the price increased threefold between mid-November and mid-December. David Jones, the chief market strategist at trading platform Capital.com, said this was driven by increased publicity as bitcoin went from being a niche IT interest to becoming mainstream, but added that the hype has now gone.

He noted that Facebook and Google had banned cryptocurrency adverts. “Plenty of latecomers to the cryptocurrency rally have had their fingers burnt, have taken their losses (or are still sitting on them) and have vowed never to return,” Jones said. “Activity amongst the wider public has slowed. Arguably, the introduction of a listed futures contract for bitcoin has also calmed the wilder market moves.”

Read More:Exploring The Dark Side Of Bitcoin Digital Currency

Read More:Cashless One World Currency: Technology Helps Usher In The Mark Of The Beast