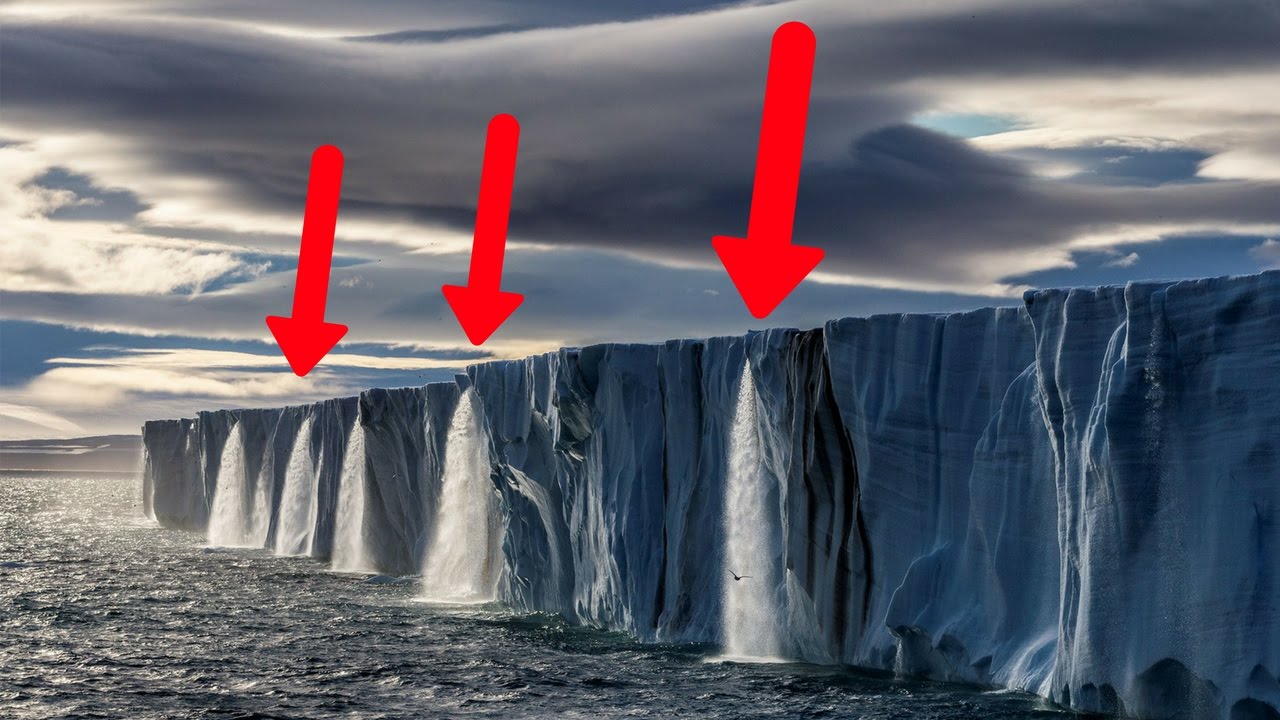 Scientists who crossed western Greenland with a fleet of snowmobiles, pulling up long cylinders of ice at camps a little more than a mile above sea level, have found evidence that the vast sheet of ice is melting faster than at any time in the past 450 years at least — and possibly much longer than that.

That’s worrisome, because the snow that has fallen on the island over millennia — now compacted into ice — could raise sea levels by 20 feet if it completely melted.

In recent years, as Arctic air and ocean temperatures have risen, Greenland has been losing more ice through melting on its surface and through iceberg breaks at its periphery. It’s currently contributing almost a millimeter annually to the rising of the oceans, more even than Antarctica.

The new research, by scientists at Dartmouth College and three other U.S. universities, captures how unusual these levels of Greenland melt are in the context of recent Earth history. The researchers showed as much using long cores of ice, whose layers provide an archive of falling snow atop Greenland going back, in some cases, hundreds of years.

“Ice cores can take us back centuries,” said Erich Osterberg, a Dartmouth glaciologist who led the research along with graduate student Karina Graeter. “It gives us that long-term context to see just how unusual is what’s happening today.”

Current melt rates may even be unprecedented over a time frame much greater than 450 years, Osterberg said — although the study did not analyze how much further back one must go to see something similar to the present.

“The last time it was as warm as now, we were getting much more radiation from the sun because of Earth’s orbit, and that was probably [7,000] or 8,000 years ago,” Osterberg said.

The study was published in Geophysical Research Letters with colleagues from Boise State University, University of Alaska at Fairbanks and University of Maine.

The seven, roughly 100-foot-long ice cores used in the study were taken from a region of West Greenland that is low enough in elevation on the ice sheet to still see summer melting, but high and inland enough that the water does not run off and make its way to the sea. Rather, the meltwater sinks back through the ice and refreezes in layers that are more dense than the surrounding, compacted snow.

These refrozen melt layers then show up nicely in the ice cores, clearly visible even to the naked eye. Tallying up their numbers and width allows scientists to analyze how much melt has occurred over time, and how that has changed. It’s through this method that the study found that current melting atop Greenland is unprecedented over the past several hundred years. The researchers were able to compare the meltwater ticks in their ice cores both with cores taken in the 1990s, and also with one very long core whose record dates back to 1547.

Simply put, the newest cores contained more evidences of melt events in the sections of the core corresponding to the most recent decades.

The new study is further evidence that Greenland is seeing a lot of melt in the present, but what’s novel is the ability to put that in context, said Twila Moon, a research scientist at the National Snow and Ice Data Center who studies Greenland but was not involved in the current study.

The new research also found that large melt events, recorded in the ice cores, tended to correlate with two phenomena: particularly warm ocean waters around Greenland; and atmospheric “blocking” events, when high pressure systems cause warm air to linger over the ice sheet.

But the study also noted that during past eras of warm seas or high blocking, melt wasn’t as extreme — suggesting that the steady global warming trend, representing a more than 2 degree Fahrenheit rise in Greenland since the preindustrial era, is the key to separating the present from past.

While the records used for comparison in the study went back to 1547 only, scientists have other ways of inferring Greenland climates going back even further in time.

Based on such research, “I am personally fully confident that we haven’t seen melt like this for 5,000 years,” Osterberg said.