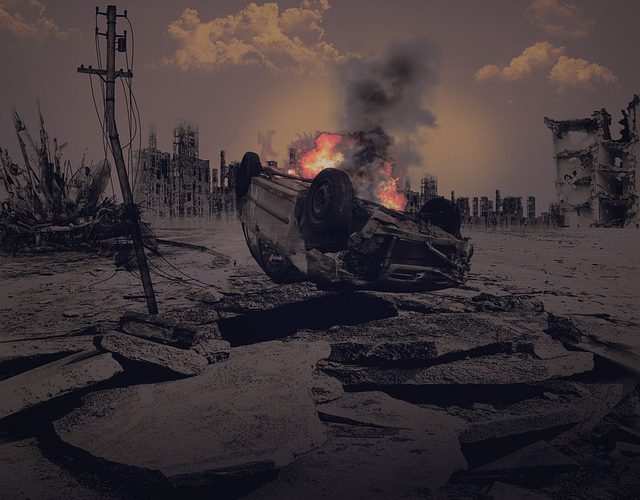 The Department of Defense is preparing for a nationwide drill to test the military’s response to a national grid down scenario. The “very bad day” training exercise is slated to begin on Nov. 4, the same day so-called antifascist groups have vowed to kick off potentially violent street protests demanding that President Donald Trump be thrown out of office.

The DOD announced last week that it has a “communications interoperability” test to gauge military readiness for a grid down scenario capable of knocking out communications nationwide.

Amateur Radio and Military Armature Radio organizations will be taking part in the drill.

“This exercise will begin with a national massive coronal mass ejection event which will impact the national power grid as well as all forms of traditional communication, including landline telephone, cellphone, satellite, and Internet connectivity,” Army MARS Program Manager Paul English, WD8DBY, said in a statement.

According to the National Association for Amateur Radio:

During the exercise, a designated DOD Headquarters entity will request county-by-county status reports for the 3,143 US counties and county equivalents, in order to gain situational awareness and to determine the extent of impact of the scenario. Army and Air Force MARS organizations will work in conjunction with the Amateur Radio community, primarily on the 60-meter interoperability channels as well as on HF NVIS frequencies and local VHF and UHF, non-Internet linked Amateur Radio repeaters.

Again this year, a military station on the east coast and the Fort Huachuca, Arizona, HF station will conduct a high-power broadcast on 60-meter channel 1 (5330.5 kHz) on Saturday from 0300 to 0315 UTC. New this year will be an informational broadcast on Sunday, on 13,483.5 kHz USB from 1600 to 1615 UTC. Amateur Radio operators should monitor these broadcasts for more information about the exercise and how they can participate in this communications exercise…

The drill is routine enough. And not unexpected considering growing concern from government about the nation’s ability to withstand communications darkness brought on by an electrical storm or cyberattack.

But this year, the drill will coincide with an effort by Antifa groups to create nationwide unrest.

A group dubbed Refuse Fascism recently announced that it plans to hold massive protests throughout the nation starting on Nov. 4. According to a lengthy post published on a U.S. Communist Party website, the group is hoping that the events will snowball into a movement which will spur “regime change” to remove President Donald Trump and Vice President Mike Pence from the White House.

Here’s an excerpt from the apparent call to action published under the name Andy Zee, supposedly a member of the advisory board of Refuse Fascism:

We will gather in the streets and public squares of cities and towns across this country, at first many thousands declaring that this whole regime is illegitimate and that we will not stop until our single demand is met: This Nightmare Must End: the Trump/Pence Regime Must Go!

Our protest must grow day after day and night after night—thousands becoming hundreds of thousands, and then millions—determined to act to put a stop to the grave danger that the Trump/Pence Regime poses to the world by demanding that this whole regime be removed from power.

The coincidence has some Americans wondering whether a false flag is in the nation’s near future.