Athletes need to be fitted with microchips, in a similar way that dogs are, in the fight against drug cheats in sport, according to a leading representative of international sports people. 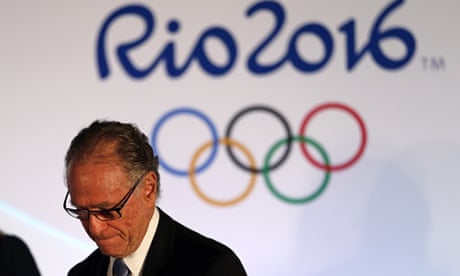 Miller claims a breakthrough in microchip technology is on the horizon and testers need to be aware of developments. His fear is that drug cheats could exploit the technology to avoid detection through self-monitoring, alerting them when their blood has returned to “normal” levels before testers arrive.

Speaking to anti-doping leaders at a Westminster forum on integrity in sport, Miller said: “In order to stop doping we need to chip our athletes where the latest technology is there. Some people say it’s an invasion of privacy, well, sport is a club and people don’t have to join the club if they don’t want to, if they can’t follow the rules.

“Microchips get over the issue of whether the technology can be manipulated because they have no control over the device. The problem with the current anti-doping system is that all it says is that at a precise moment in time there are no banned substances but we need a system which says you are illegal substance-free at all times and if there are changes in markers they will be detected.”

The WOA supports the 48 national Olympians associations and 100,000 living Olympians, although Miller said he was not speaking on behalf of the organisation. “I’m just throwing the idea out there,” he said. “I’m gauging reaction from people but we do need to think of new ways to protect clean sport. I’m no Steve Jobs but we need to spend the money and use the latest technology.”

The idea of microchips being inserted into athletes would likely be met with mixed reaction. Some athletes are fiercely protective of their right to privacy and feel the existing Adams whereabouts system is already overly invasive. Whereabouts rules dictate that athletes must declare on an online database where they will be every day for a one-hour window between 5am and 11pm, so drug testers can turn up without warning. The athlete biological passport system has been the most crucial development in anti-doping in recent years, with blood test results analysed over a period of time for the effects rather than presence of drugs.

Nicole Sapstead, the UK Anti-Doping chief executive, was wary a move to microchips would represent an invasion of athletes’ privacy. “We welcome verified developments in technology which could assist the fight against doping. However, can we ever be sure that this type of thing could never be tampered with or even accurately monitor all substances and methods on the prohibited list?

“There is a balance to be struck between a right to privacy versus demonstrating that you are clean. We would actively encourage more research in whether there are technologies in development that can assist anti-doping organisations in their endeavours.”