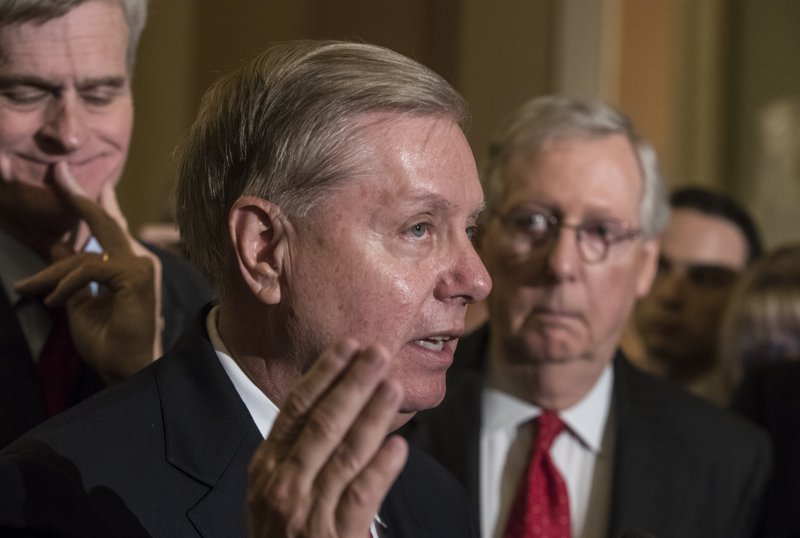 Senate Republicans, short of votes, abandoned their latest and possibly final attempt to kill the health care law Tuesday, just ahead of a critical end-of-the-week deadline.

The repeal-and-replace bill’s authors promised to try again at a later date, while President Donald Trump railed against “certain so-called Republicans” who opposed the GOP effort. But for now, Trump and fellow Republicans who vowed for seven years to abolish President Barack Obama’s law will leave it standing and turn their attention to overhauling the nation’s tax code instead.

The GOP’s predicament was summed up bluntly by Sen. Bill Cassidy of Louisiana, a lead author of the legislation: “Through events that are under our control and not under our control, we don’t have the votes.”

“Am I disappointed? Absolutely,” he said after a GOP lunch attended by Vice President Mike Pence.

Standing alongside Cassidy, Majority Leader Mitch McConnell said: “We haven’t given up on changing the American health care system. We are not going to be able to do that this week, but it still lies ahead of us.”

“We do think it’s time to turn to our twin priority, reforming the tax code,” McConnell said. 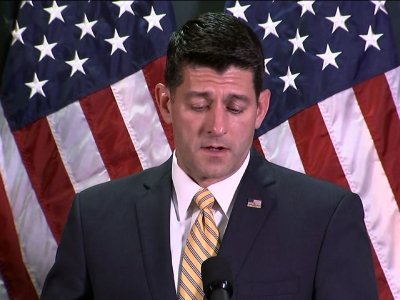 Speaker of the House Paul Ryan said he and other GOP Congress members are “frustrated” with the Senate’s inability to make moves on their health care bill. (Sept. 26)

There was much talk of returning to the repeal effort later, but not all Republican senators were putting on that brave face.

Sen John Kennedy of Louisiana described the bill as “dead as a doornail.”

The bill Cassidy co-authored with Sen. Lindsey Graham of South Carolina would have unraveled the central elements of Obama’s law, including the requirement for Americans to carry health insurance or pay fines, and offered block grants to states to design their own systems with less federal control.

Republicans are also strongly in agreement on a need for action on overhauling the loophole-ridden U.S. tax code, and hope that if they also succeed in getting Americans a tax cut, their failure on health care will be forgiven.

Yet they began the health care effort with unanimity, too, up until the devilish details began to emerge and divide them as they pursued a partisan effort against united Democratic opposition.

Much the same could happen on taxes, where Republicans are at the beginning of the process, with plans to unveil a blueprint on Wednesday.

On health care, the urgency confronting the GOP this week lay in special budget rules that protected the legislation from a Democratic filibuster, allowing the Republicans to pass it with just 50 votes, plus a tie-breaker from Pence, instead of the 60 often required. Those special rules expire Sept. 30.

Even with that advantage McConnell had little room for error given his slim 52-48 vote majority in the 100-member Senate. And as in July, when Arizona Sen. John McCain cast a dramatic late-night thumbs down to kill the previous repeal bill, McConnell was unable to corral the 50 “Ayes.”

In addition to McCain, moderate GOP Sen. Susan Collins of Maine announced her opposition, as did conservative Sen. Rand Paul of Kentucky. Several other senators were skeptical or undeclared, among them Lisa Murkowski of Alaska, who waited until McConnell had conceded defeat Tuesday to issue a statement criticizing “a lousy process” on the legislation.

A full analysis of the legislation was never completed by the nonpartisan Congressional Budget Office, contributing to critics’ complaints of a rushed process, but independent experts warned that millions could lose coverage, states could relax existing requirements, and coverage could end up being unaffordable for many, including people with pre-existing conditions.

That last element drew attention from late-night TV host Jimmy Kimmel, who got involved in the health debate in April after his son was born with a heart defect. He was outspoken on his ABC show in denouncing the bill and accusing Cassidy of lying about it. On Tuesday Kimmel tweeted a photo of his smiling baby son and wrote, “Thanks to all who stood up and spoke out from this happy guy and his less-fortunate friends #GoodbyeGrahamCassidy.”

The legislation also would have cut $1 trillion from Medicaid over the next decade, prompting angry protesters in wheelchairs to descend on the one hearing held on the bill, on Monday, chanting “No cuts to Medicaid! Save our liberty!” Dozens were pulled out and arrested as cameras captured the striking scene.

For Trump, the failure added one more justification for his ongoing grudge against McConnell, and provided another reason to turn his back on Republicans and make deals with Democrats instead, as he’s begun to do of late. Indeed, he said in a private bipartisan meeting of House Ways and Means members Tuesday that he would work with Democrats on health care if the Republicans “didn’t get repeal done,” according to Rep. Richard Neal, D-Mass., who was present.

Neal quoted Trump as saying, “You get a better deal if it’s bipartisan.”

Graham insisted that despite Tuesday’s failure, Republicans would return to the health issue after disposing of taxes. But even under the optimistic assumption that Republicans will pass tax legislation in the coming months, Graham’s timeline would put the next health care debate into the 2018 congressional campaign season, and that would be unlikely to improve the bill’s chances.

It’s unclear how the collapse of the GOP’s latest repeal effort will affect Americans’ 2018 sign-up season for subsidized private health policies under the Affordable Care Act.

Wednesday is the deadline for insurers to finalize 2018 contracts. Uncertainty over whether the Trump administration will continue to pay monthly subsidies for assistance with copays and deductibles has been blamed for driving up next year’s premiums.

Earlier this month senators launched a bipartisan effort to try to stabilize premiums for next year, but that was put on hold as Republicans pursued repeal. Talks are resuming, but it’s unclear if they can succeed, particularly since feelings are raw on both sides.

Read More:Obamacare Rates Set To Skyrocket As The Ugly Truth Of Socialized Medicine Sets In

Read More:New Obamacare Mental Health Policies Can Take Your Guns And Put You In A FEMA Camp

Read More:Couple Married 33 Years Must Separate Because Of Pitfall Of Obamacare and Medicaid