Russia’s southern Krasnodarsky Region has awoken to horrifying news about a pair of cannibals that could be responsible for up to 30 grisly murders, local media report citing police. Parts of some of the victims were reportedly stored for later consumption.

The couple – a man and a woman – was detained, NTV news channel reports citing a source in the Investigative Committee.

It is estimated that the suspects may be responsible for up to 30 deaths, although police could only identify seven victims so far, the Mash Telegram TV channel claims. 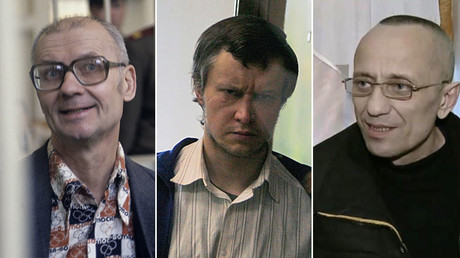 Parts of some of the victims were stowed in the fridge, the couple confessed, according to Mir24.

The duo had reportedly been involved in kidnapping, murdering and eating their victims since 1999.

The man was detained earlier in September after the remains of a woman were found in a military dormitory. A bucket with the parts of the dead female, as well as a bag presumably belonging to the victim, were also found, according to Mir24.

A cell phone was later discovered in a street in the city of Krasnodar containing disturbing photographs. In the images, a man – apparently the suspect – is seen posing with the body parts of a dismembered woman.

He initially denied having killed the woman, saying merely he had found the remains and took a selfie with them, but later lost the mobile phone.