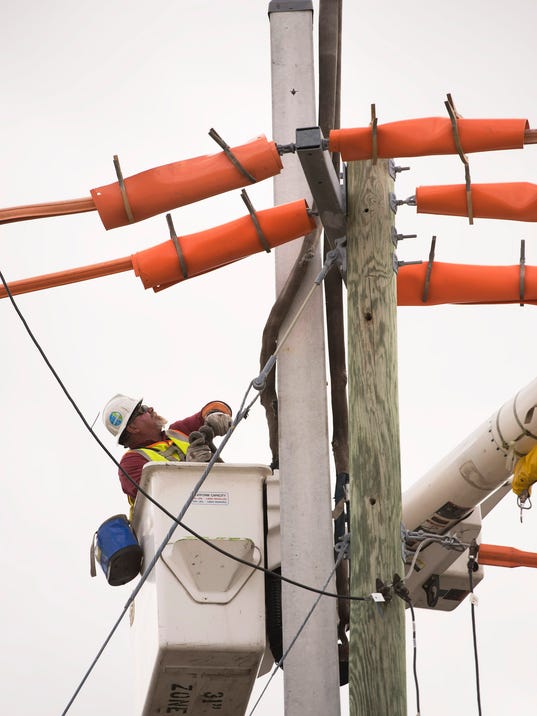 More than 17,000 utilities workers from 30 states and Canada are stationed at more than 20 staging sites across the state ready to restore power.

The workers, employed by other utilities companies throughout the U.S., can begin restoration work once winds drop to 35 mph and floodwaters recede.

“We are restoring power where we can get out between feeder bands,” Rob Gould, FPL vice president and chief communications officer said Sunday.

The greatest storm surge is expected on the Gulf Coast, with surges of up to 15 feet, Drum said. The state will see 8 to 15 inched or rain and 20 inches in some areas, Drum said.

It will take roughly 1 million man hours to restore power and rebuild the company’s infrastructure on the west coast, which could be demolished by Irma.

Restoring power at storm shelters on the west coast where Irma is taking aim is a top priority.

Crews on the east coast are ready to cross Alligator Alley once the roads are clear.

“This is the toughest time of the storm because we have to unfortunately sit here and watch the impact of the storm and see how our customers are impacted with a very little ability to restore them,” FPL president and CEO Eric Silagy said Sunday.

Winds and rain pick up as Hurricane Irma moves across south Florida and the Florida Keys.

FPL expects Irma’s powerful winds and potential flooding to wipe out parts of its infrastructure on the west coast, snap concrete poles and bend metal ones. While trying to restore power to as many customers as possible, crews also will begin rebuilding the infrastructure, which could take weeks.

Rebuilding entails replacing hundreds of down poles, substations and parts of the electrical system, Gould said.

It’s still too early to estimate the cost of repairing and rebuilding FPL’s infrastructure, Gould said.

The number of customers predicted to lose power shatters a record once held by Hurricane Wilma in 2005, which blacked out power to 3.2 million customers. 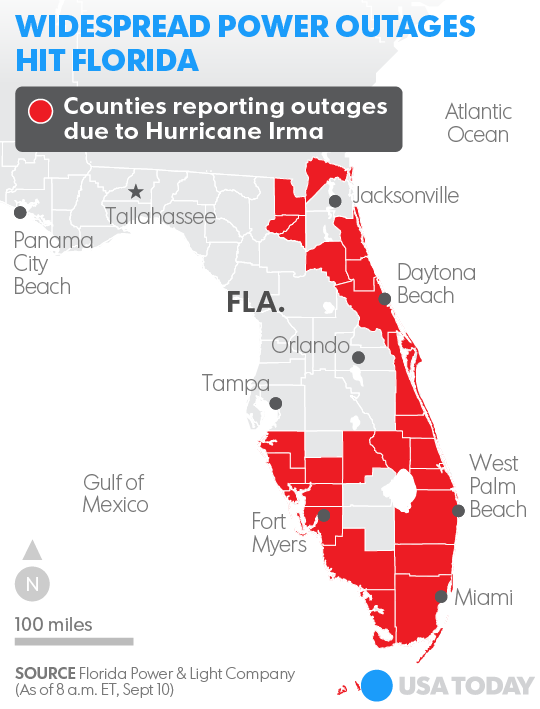