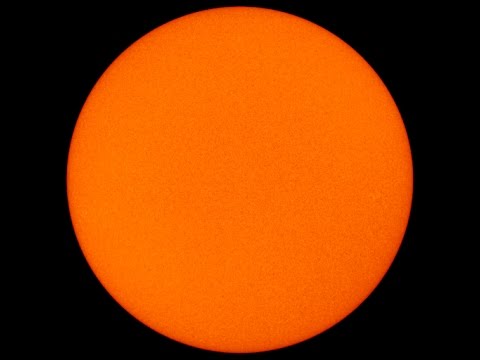 Over the weekend, we reviewed the state of the solar data for March 2017. Now, there’s a two week straight lack of sunspots, the longest stretch since 2010.

The sun is currently blank with no visible sunspots and this is the 14th straight day with a blank look which is the longest such stretch since April 2010 according to spaceweather.com. Historically weak solar cycle 24 continues to transition away from its solar maximum phase and towards the next solar minimum. In April 2010 – the last time there was a two week stretch with no visible sunspots –  the sun was emerging from the last solar minimum which was historically long and deep.  There have already been 26 spotless days in 2017 (34% of the entire year) and this follows 32 spotless days last year which occurred primarily during the latter part of the year. The blank look to the sun will increase in frequency over the next couple of years leading up to the next solar minimum – probably to be reached in late 2019 or 2020.  By one measure, the current solar cycle is the third weakest since record keeping began in 1755 and it continues a weakening trend since solar cycle 21 peaked in 1980.  One of the impacts of low solar activity is the increase of cosmic rays that can penetrate into the Earth’s upper atmosphere and this has some important consequences.

Comparison of all solar cycles since 1755 in terms of accumulated sunspot number anomalies from the mean value at this stage of the solar cycle. Plot courtesy publication cited below, authors Frank Bosse and Fritz Vahrenholt

Third weakest solar cycle since 1755
A recent publication has analyzed the current solar cycle and has found that when sunspot anomalies are compared to the mean for the number of months after cycle start, there have been only two weaker cycles since observations began in 1755.  Solar cycle 24 began in 2008 after a historically long and deep solar minimum which puts us more than eight years into the current cycle.  The plot (above) shows accumulated sunspot anomalies from the mean value after cycle start (97 months ago) and only solar cycles 5 and 6 had lower levels going all the way back to 1755.  The mean value is noted at zero and solar cycle 24 is running 3817 spots less than the mean.  The seven cycles preceded by solar cycle 24 had more sunspots than the mean.