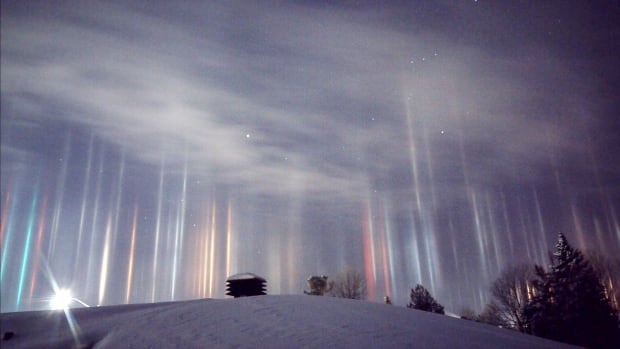 A northern Ontario man was surprised to wake up in the middle of the night to see beams of brightly coloured lights shooting up into the sky.

“We can blame the two-year-old. He started crying at 1:30 a.m., so I got up and soothed him … and out the window I had the perfect view of these dancing lights in the sky,” said Timothy Joseph Elzinga.

“I had to investigate. I got some pants on and ran outside and took some photos.” 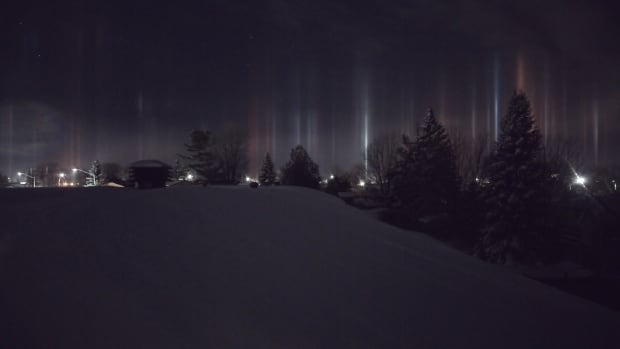 Light pillars appear when either natural or artificial light bounces off ice crystals floating close to the ground.

In this case, the air was so cold that ice crystals were forming in the air, reflecting the city’s street and business lights.

“It looked like someone from Star Trek was trying to beam people up,” Elzinga said.

“It was very bright in person, like nothing I’ve ever seen. It almost seemed supernatural.”