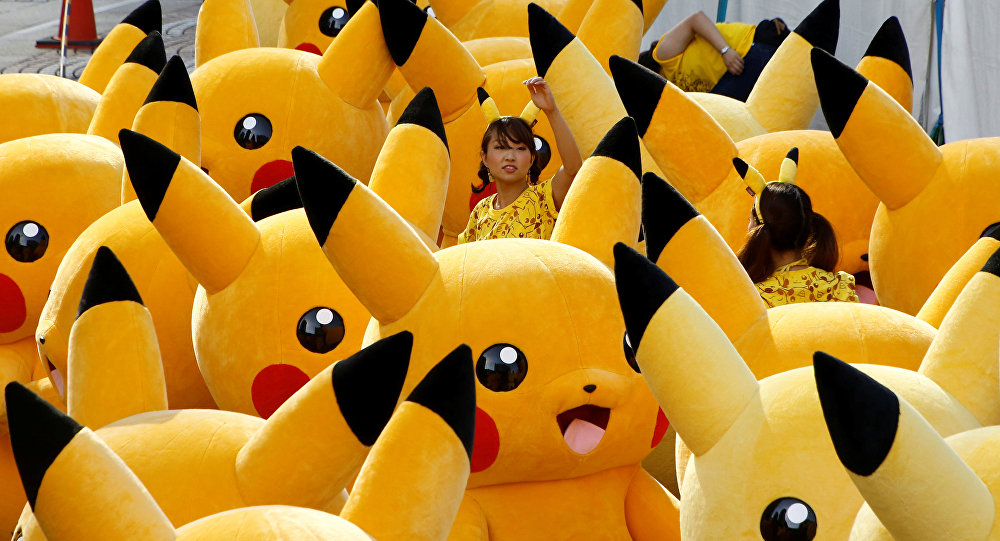 It may seem that Pokémon Go has taken over the world, but this is not the case here in Bressolles, a tiny French village, where the game will be never launched. Fabrice Beauvois, mayor of Bressolles, adopted a resolution, which officially forbids Pokémon in his town.

According to Fabrice Beauvois, Pokémon Go and its “contagious and anarchic spread” are dangerous in terms of both safety, especially while driving, and “addiction”. These two factors can lead to a collective hunt for pocket monsters, which is “necessary to prevent”.The August 9 resolution announced factors that led to the decision to ban the game.

According to the resolution, Pokémon Go poses a threat to pedestrians and drivers as they pay no attention on the road, too busy playing with their androids. Then the game may result in gatherings of people who will hunt down Pokémon at night, as well as in youth addiction. 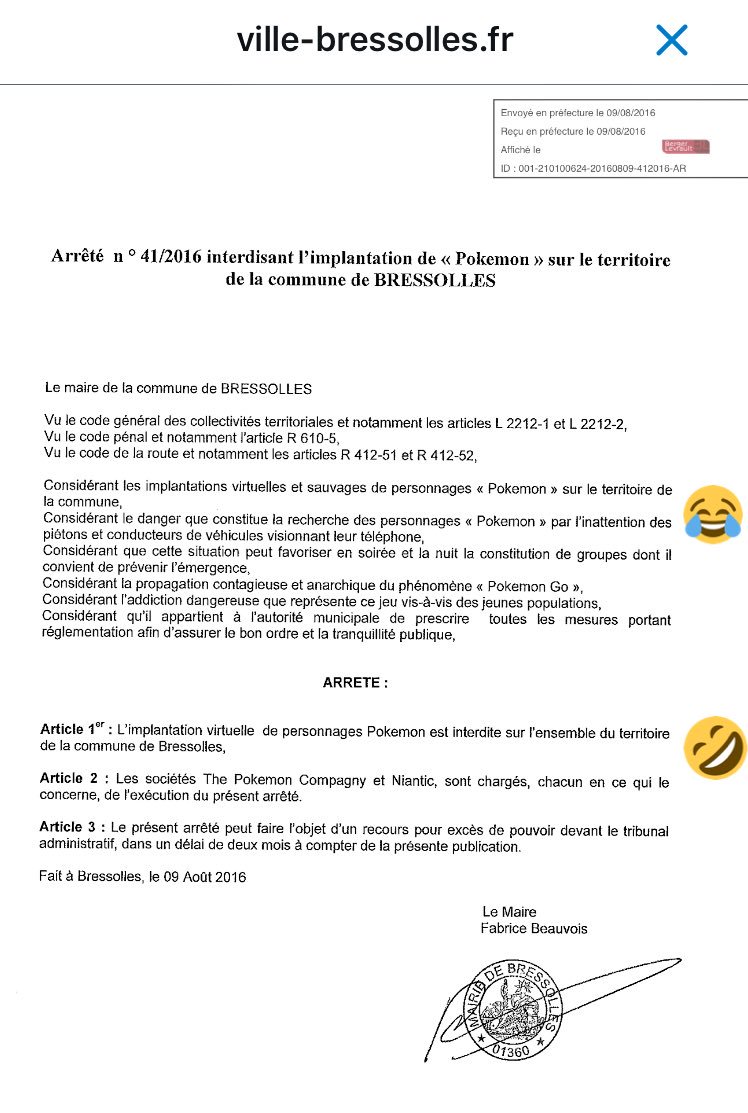 Therefore the municipal government banned the game in their town as the authorities must adopt regulatory measures to ensure public order and safety.

Article 2 states that companies “The Pokemon Company” and “Niantic” must be bound by this resolution.

Foundation manager, Ossuaries Duamon, of historical monument of the First World War, has already put forward a similar claim, and not without success.

In the event, necessity to preserve the memorial was immediately taken into account.  Pokémon stops and arenas, virtually present in this place, were instantly removed.