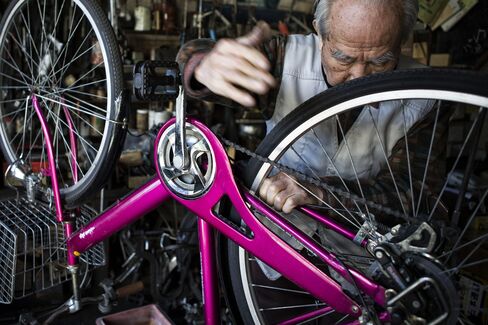 It’s known as the historic reversal, and it appears irreversible: Places where the old outnumber kids.

What began in 1995 in a single country, Italy, will spread to 56 nations, economies as diverse as New Zealand and Georgia, by 2030. These are the findings of Joseph Chamie, who spent a quarter of a century studying population patterns at the United Nations in New York and now is an independent researcher. 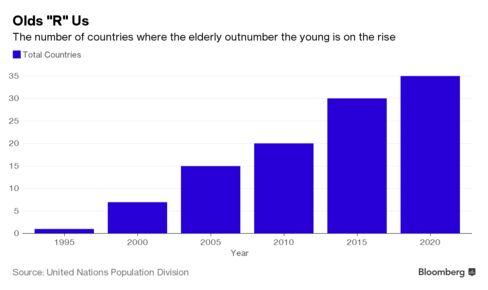 The former UN head demographer compared population projections of kids under the age of 15 to that of people aged 65 and over. It’s not just industrialized nations like Japan and Germany succumbing to the age curse. The turning point will take place in 2020 in the Cuba and South Korea, followed five years later in Thailand and the U.S. By 2075, the global population is forecast to pass the demographic milestone.

Chamie refers to this as “the jump from a Toys ‘R’ Us society to an Olds ‘R’ Us one.”

While the prospect of longer lives is a good thing, problems arise when a shrinking work force cannot foot the pension bill. Several decades ago, you could have had about 10 workers per retiree, but that could shrink to the point where in Italy, for example, you had three workers per retiree. While the political choices are unsavory — increase taxes or cut benefits — governments are running out of time to act.

You “can’t repeal the law of demographics,” Chamie said.