Up to seven potential terror attacks across Britain have been uncovered and stopped over the past year by a special MI5 unit which reads the minds of would-be attackers, the agency says.

MI5’s Behavioural Science Unit (BSU), made up of criminologists, psychologists and other academics, was launched in 2004 to analyse suspects’ behaviours to determine whether they are about to carry out an attack.

The BSU’s aim is to find out whether those flagged as potential threats are “talkers or walkers” – those who boast or those who are prepared to act, according to The Sunday Times.

People selected for surveillance are chosen through intelligence gathered from the agency’s network of informants, as well as from the public.

The experts then search for signs of unusual activity such as an “increasing sense of grievance, a desire to acquire skills and tactics – an attempt to identify material for their plans and logistical practice and trial runs.”

According to Neil, an Arabic and Norwegian speaker who has worked for the unit for six years, “it takes some doing to go from talking about carrying out a violent act like killing to actually doing it.”

The experts work in an office overlooking several London landmarks which are potential targets for terror groups, and have developed a database from studying past attacks.

Research by MI5 shows that more than 60 percent of lone wolf attackers provide clues that they are about to strike with changes in their behaviour, the agency says.

For instance, the BSU says that Roshonara Choudhry, who was inspired by Al-Qaeda, showed clear signs of change in her life before she stabbed MP Stephen Timms in 2010.

Choudhry quit her college course, cleared out her bank accounts to stop authorities from having access to her money, and settled her student loan, fearing her parents would be liable for the debt, before carrying out the attack. 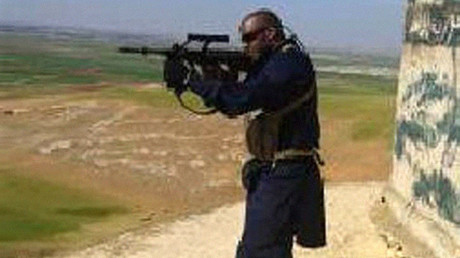 The ‘mind reading’ unit has doubled in size since the murder of British soldier Lee Rigby in 2013 by Michael Adebolajo and Michael Adebowale, two Muslim converts who displayed subtle signs of becoming more radical in the lead-up to the attack, a subsequent report by parliament’s Intelligence and Security Committee found.

“We deal with probabilities and that is the nature of our work,” Neil said. “We provide an assessment of the subject of interest but the final decision lies with the [investigating] officer.”

“When it comes to lone actors, we have to question why they have chosen to act alone. Is it because it is more operationally effective? Is it because others don’t want to be involved in their plot? Is it because they cannot relate to others or others find them to obnoxious to work with them?” Neil continued.

“In some cases, we may have very little information on a high profile subject, in others we may have lots. It varies.”

Neil says the assumption that many extremists have mental health problems is wrong.

The BSU and other security services are monitoring hundreds of suspected British jihadists, including 400 who have returned to the UK after traveling to Syria.

Read More:Minority Report: Hitachi Says It Can Predict Crimes Before They Happen

Read More:Marked: In A Pre-Crime Future- “Schools Will Assess Students’ Threat Levels” From Kindergarten Up