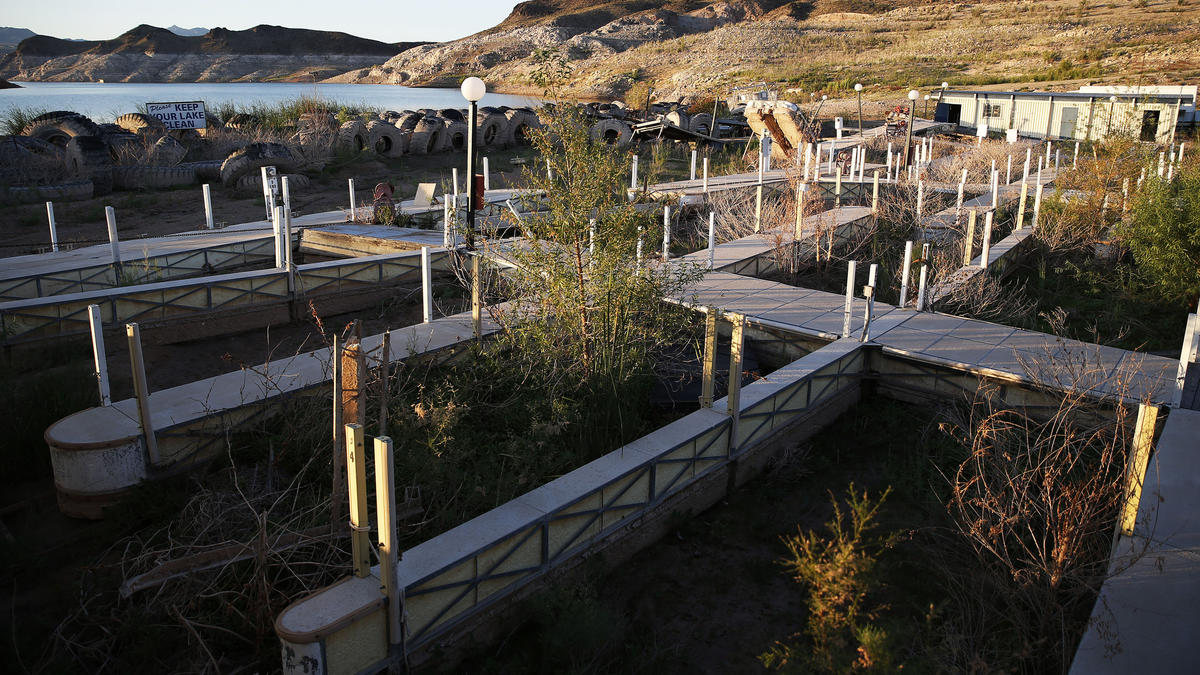 This may be what the start of a water war looks like.

Yet if war is really imminent, why is one of the region’s most experienced water managers doing the same thing he has done for years: tinkering?

“I like to describe this as another incremental step,” said Tom Buschatzke, director of the Arizona Department of Water Resources.

Buschatzke was talking about a plan he is helping develop, along with water managers in California, Nevada and Mexico, that would voluntarily reduce water allocations from the Colorado River to those three states and Mexico. They hope to have it in place in time to avoid steeper, mandatory cuts that could begin as soon as 2018.

Would their plan change everything? Would it finally fix the increasingly inadequate blend of canals, conservation and compromises that somehow keeps water flowing to more than 25 million people, including a substantial chunk of those in Southern California?

But for Buschatzke, who has spent decades efficiently providing water for a desert population — Arizona uses less water now than it did 60 years ago even though the population has soared from 1.1 million to 6.7 million — the big fix is actually in the accumulation of all the little fixes he and others are constantly making. A federal grant for new technology that will better measure water use. Paying a farmer to fallow a field. Saying nice things about your colleagues across the state line and the fine folks in Washington. Keeping things collegial. Sharing. Saving. Preserving the process — and the peace.

“I don’t think a water war is inevitable,” he said. “I think we’ve proven over the last 20 years that we can effectively work together to find solutions that really work. And as long as we continue to do that, the water war won’t happen.”

The current project, called the drought contingency plan, is a tweak to a previous tweak. Nearly a decade ago, water managers recognized that Lake Mead was draining faster than predicted. They recalibrated plans for how they could handle cutbacks. Now, with Lake Mead dropping even faster, they are recalibrating again.

The water level in Lead Mead and against the Hoover Dam shows a “bath tub ring” on Oct. 15, 2015. (Irfan Khan / Los Angeles Times)

The goal, as has been the case for years, is for water users to limit how much they take out of Lake Mead. The less they take, the less likely the lake will drop to levels that prompt mandatory cuts.

Yet the cuts would not apply evenly. Under an agreement reached in the 1960s, California is not required to make any cuts, even if the lake drops so low that Arizona and Nevada lose everything.

But now, even California is willing to conserve because officials know that, in the event of catastrophe, they will be forced to share anyway. It is better to try to prevent the catastrophe in the first place — and keep the federal government from taking over a process the states want to control.

There is no firm draft of the drought contingency plan, but the gist of it has been floated at meetings for several weeks. Under the plan, Arizona and Nevada would take cuts before California, but California eventually could take cuts too — again, with the goal of staving off even more severe cuts if it does nothing.

Buschatzke, who speaks weekly with managers in other states, said he thinks California has a new appreciation for Arizona’s endless search for efficiency.

“I think the drought in California, the severe impacts on the state water supply, have made them feel what it’s like to be Arizona,” he said.

That said, Arizona does not completely trust California. Nor does California necessarily go looking for ways to help. California has resisted legislation sponsored by Sen. Jeff Flake (R-Ariz.) that would ensure that any water Arizona chooses to leave in Lake Mead to prop up elevation levels actually stays in the lake, that another state cannot take it.

Arizona has an elaborate underground storage system and some residents want to fill it by drawing down all of the Colorado River water the state is allowed to take under the law. Water managers choose not to do so, believing it will help the state in the long run to safeguard Lake Mead. The Flake legislation would add protection for taking that approach.

“We have a finite amount of water to put underground,” Buschatzke said, “And so every gallon that we don’t put underground, that we put into Lake Mead, makes a difference. Our ability to continue to add to our underground storage is decreasing over time.”

There are expensive and controversial ideas for solving the West’s water problems: desalination; transforming sewage into tap water; scaling back agriculture; water markets. But until a cure-all comes along — and somebody agrees to pay for it — expect more nipping and tucking.

“We are offsetting that first shortage declaration by the action we are taking,” Buschatzke said.

There is strong interest in completing the drought contingency plan before top officials at the Bureau of Reclamation and the Department of Interior, agencies that oversee the Colorado River, are replaced by the next presidential administration.

If an agreement is reached, it may only delay the inevitable. But delaying a war is no small feat.

Read More:Looks Like Big Banks Are Buying Up Water Supplies And Not Talking About It

Read More:United Nations Crafting Treaty To Gain Control Of 66% Of The World’s Oceans

Read More:Manufactured Shortages; A Way To Control Economy And Population