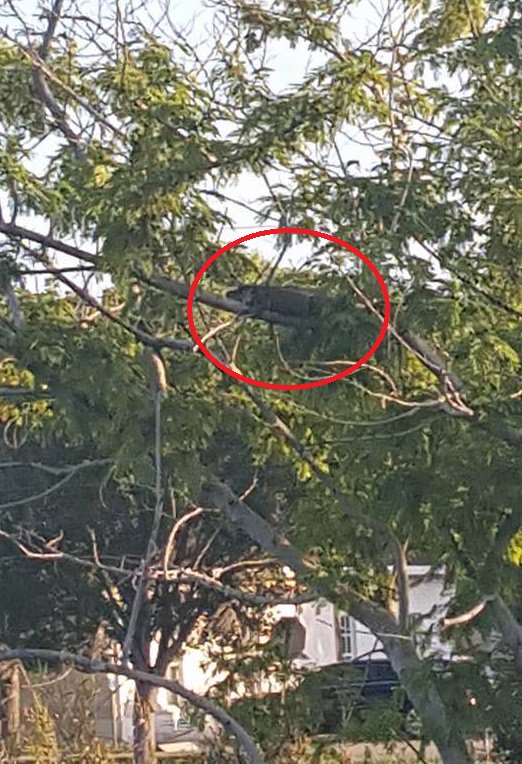 If you thought trees were gator-free zones, think again.

This photo of what appears to be an alligator in a tree, snapped by Ronald Saracino of Cape Coral, Florida, is proving fairly alarming to people who assumed alligators were ground-bound.

“Saw something in a tree, at first I thought maybe it was a lizard,” Saracino told local CBS affiliate WINK News. “The more I looked at it, the more I thought it was actually probably a 5-foot gator.”

Florida Fish and Wildlife Conservation Commission officials confirmed that Saracino was right, and the animal was indeed an alligator, according to Orlando Weekly.

And while most laypeople would be startled to see one of the large reptiles on a tree branch, tree-climbing is actually “surprisingly common” behavior for alligators and crocodiles, according to a 2014 study published in the journal Herpetology Notes.

So, yeah … look up before you climb. And if you live in or are visiting gator country, read up on how to coexist peacefully with alligators.