Jupiter is putting on quite a show — with both sound and light.

A new Hubble image shows a stunning light show, capturing an aurora display on the largest planet in our solar system: 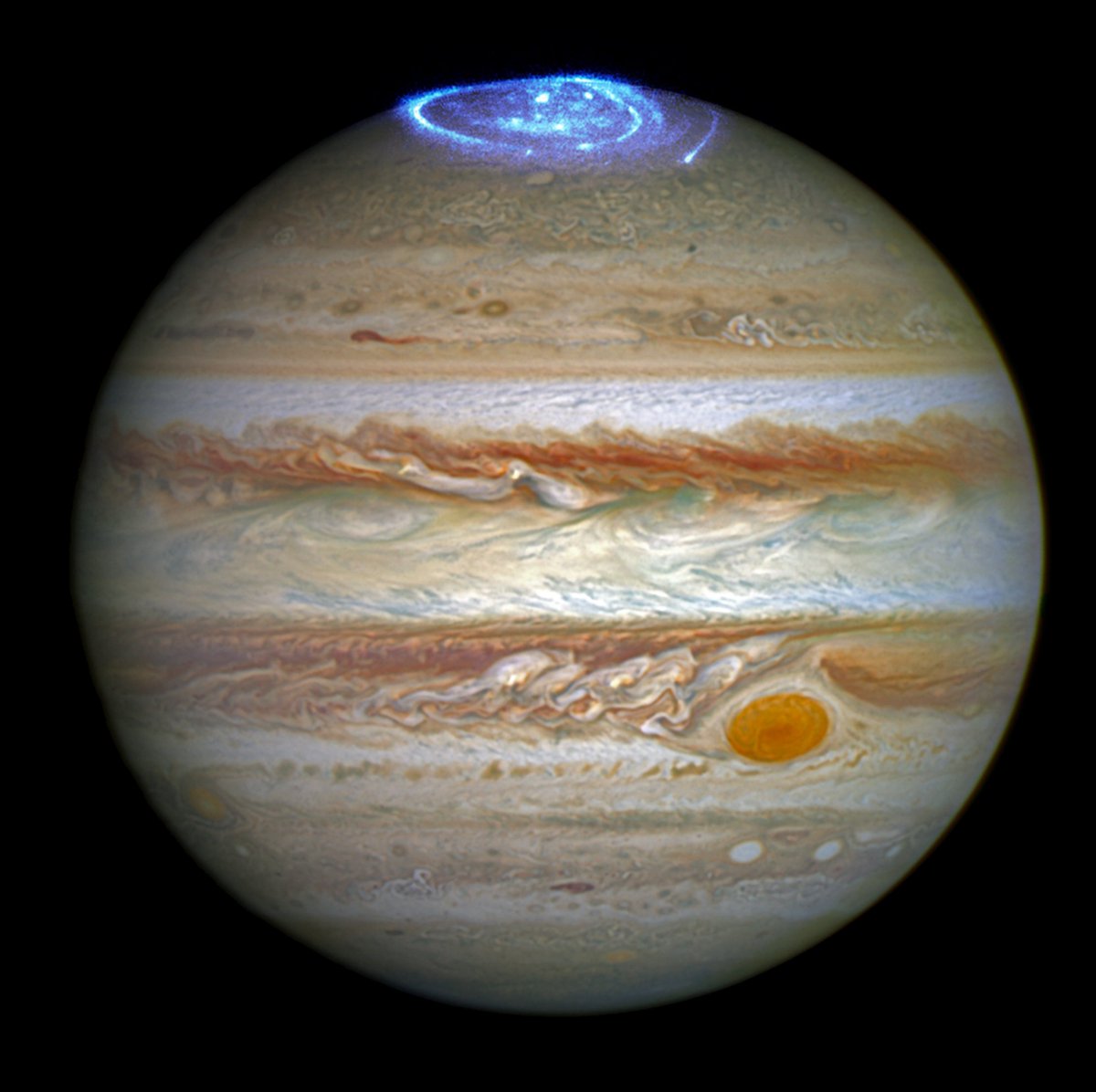 Unlike auroras here, which are caused by solar storms, Jupiter pulls charged particles from its surroundings, including solar winds and even the volcanos on Io, one of its moons and the most volcanically active world in the solar system.

In addition to stunning images, NASA also released unusual “sounds” from Jupiter captured by the Juno spacecraft, which will enter orbit around the planet on July 4.

The sounds are what is known as a bow shock.

“The bow shock is analogous to a sonic boom,” William Kurth of the University of Iowa in Iowa City, lead co-investigator for the Waves investigation, said in a NASA news release. “The solar wind blows past all the planets at a speed of about a million miles per hour, and where it hits an obstacle, there’s all this turbulence.”

In this case, the obstacle is Jupiter’s magnetosphere, the largest in the Solar System.

“If Jupiter’s magnetosphere glowed in visible light, it would be twice the size of the full moon as seen from Earth,” Kurth said.

NASA turned the data from the bow shock into both an audio stream and a color animation, which can be seen and heard in the clip at the top of this article.

The space agency called the transition from solar wind to magnetosphere “unexpectedly complex” with instruments aboard Juno picking up “unusual signatures.”

Because of Jupiter’s intense radiation belt, Juno will be in a complex orbit around the poles that will allow it to “dive” in, coming as close as 3,000 miles from the planet’s famous clouds.

A NASA animation shows how the spacecraft will orbit Jupiter, eventually allowing it to map the entire planet:

A second animation shows how the spacecraft’s orbit will allow it to avoid the worst of Jupiter’s radiation:

A titanium radiation vault will protect the instruments, which will be able to see below the clouds as the spacecraft absorbs the radiation equivalent to about 60 million dental X-rays over the course of its yearlong mission.

The spacecraft will also take the highest-resolution photos of the planet in history.

NASA’s “Eyes on Juno” app for Mac and PC that will allow you to “see” where Juno is at any given time can be downloaded here.